I read this edition

Chances are if you’re familiar with Sir Arthur Conan Doyle it’s because of his Sherlock Holmes stories. They are possibly my favourite short story collection of all time [1]. I was quite surprised to learn that Conan Doyle grew to resent his character, felt it wasn’t his best work, and dragged his heels on the final His Last Bow collection because he didn’t want to write it. Given these conditions, I’m amazed the quality was so high.

I tried his Professor Challenger series late last year and the first, The Lost World, was excellent. The first two chapters are a brilliant narrative example of alpha game, and then it becomes an adventure story. The other four Challenger stories are a bit shit. I then discovered he’d written a series of historical romances and my brother gave me a copy of Sir Nigel, an adventure tale set in 1350s about an ambitious squire who sets off to battle the French and win honour. It’s a tale of chivalry.

I really enjoyed it. It felt like reading about an English D’Artagnan. The pacing is sweet, the language convincing for the age, and it opens out nicely. We join Nigel as a young troublemaker in his own shire playing pranks on the local monks, his spirit for adventure having found no outlet. Events conspire to give him an out, so he joins a raid of Calais planned by King Edward. His journey begins and the level of his challenge scales up as he drifts further from home. Pranks on monks change to swindling goldsmiths, highway rascals, capturing a small boat of fighters. The stakes keep rising and the battles bigger under the final climax in a pitched battle between English and French armies. It felt akin to the learning curve of a good RPG. It made me want to play Kingdom Come Deliverance. Or Mount And Blade.

Good salesmen can sell snow to Eskimos. Good writers can make believable a preposterous world. Admirable, even. That’s what Conan Doyle does here. The language is relentlessly upbeat and all “tally-ho” and “let’s have a solid play for honour, good sir” while this little band of English knights reave across the French countryside. I had to stop myself and separate out the tone from what was actually happening. Here’s the gist of the story:

A bunch of knights seek adventure. They are motivated entirely by doing honourable deeds that advance their name, in order to impress the women back home. That’s it. No empire, no greater good. Just personal advancement through honour. This makes their decisions seem comical and brutal to the modern eye, such as:

If it wasn’t so well-written it would make my head spin. This is the first war story I’ve read where the front-line soldiers are mortified at the idea of truce and try to circumvent it. All for bragging rights to the missus back home. 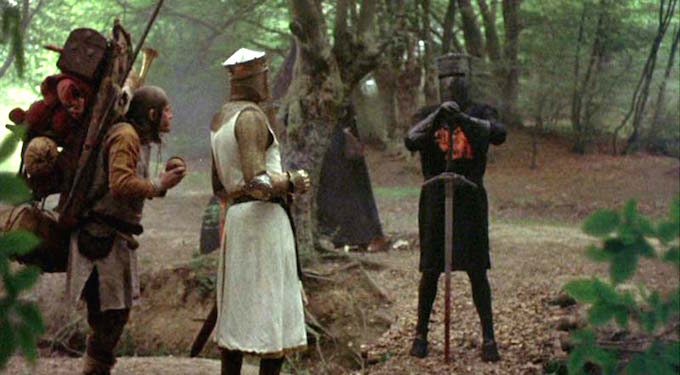 This was a period known as the Dark Ages in Europe. The book begins with the Black Death killing half of the English population, leading to many great opportunities for those remaining. Northern France is a mess of rival baronies fighting non-stop. Into that mix ride thousands of knights-errant whose sole aim is to pick fights to win honour. They’ll fight anyone. Several times the English party is almost beaten because two knights on the same side pick a quarrel over nothing. These buffoons care nothing for team objectives and will derail everything in a heartbeat.

Conan Doyle doesn’t hide this. He writes that the whole of Northern France is near famine because peasants can’t bring in harvests because of all the battling and raiding. The English make good cheer of looting and burning, bringing home the furniture and heirlooms of every French manor they despoil. From reading the Time Life history it does seem that a primary effect of chivalry was that mobs of knights-errant (and their less honourable counterparts, red barons) turned the whole area into a war zone so that any time something was built, it was either stolen or burned to the ground. Hence a Dark Age.

I was commenting to a friend today my general world-view.

The world has stores of value. Some people create that value, and it then attracts others who try to loot it.

For all their bravery and chivalric code, these knights-errant are looters. They are a curse on the land, denying normal people the stability they need to harvest crops, build villages, and create civilisation. They are the ISIS of their day, the Bolsheviks, the Mongols. Parasites. That said, it’s a great story and I enjoyed every page of it. 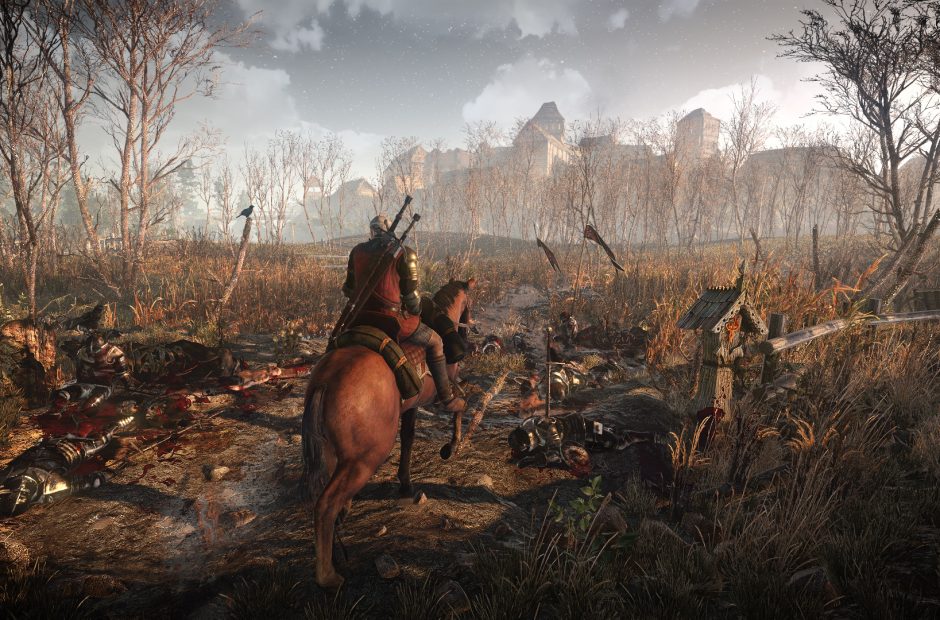 If you’d like to build value and act as an honorable knight of the streets, impressing maidens with your courage and dynamism, buy Daygame Infinite. It makes every other pick-up book look like a pagan shitpile from the Dark Ages

[1] I prefer individual Robert E Howard stories, but his don’t form a cohesive whole like Conan Doyle’s. Nor did any of his series run so long.