Obviously this isn’t written by Dumas, it’s merely credited to him to help sell the thing. I have a Forgotten Books reprint of the 1890s edition that was part of the “complete” works of Dumas released in thirty volumes. 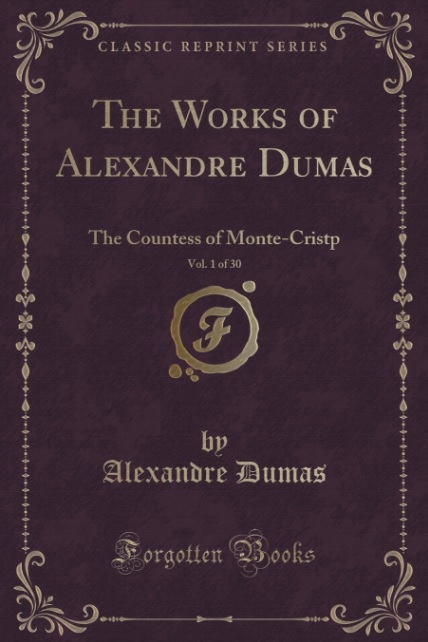 So, it’s not by Dumas, and his actual works are 81 novels. Not the most authoritative series then….. Still, I find there to be something alluring in digging up lost books that likely nobody has actually read in years. I could’ve easily invested the same amount of time reading an actual Dumas novel, and it would’ve no doubt been a vastly superior tome and yet…. I wanted to see how these chancers would try to spin the Monte Cristo legacy. I wanted to read the Street Hustle version of The Count Of Monte Cristo.

As expected, it was a bit shit.

Nonetheless, I raced through The Countess Of Monte Cristo in less than 24 hours even though it is a solid 374 pages. Just like The Son Of Monte Cristo before it, this is paced at break-neck, far faster than the (himself fast-moving) Dumas original. The prose style maintains the flowery manner of Dumas but lacks the sharpness and rigour. Whereas the old master will often write long paragraphs dressing the scenery and characters, this one spends only a couple of sentences. 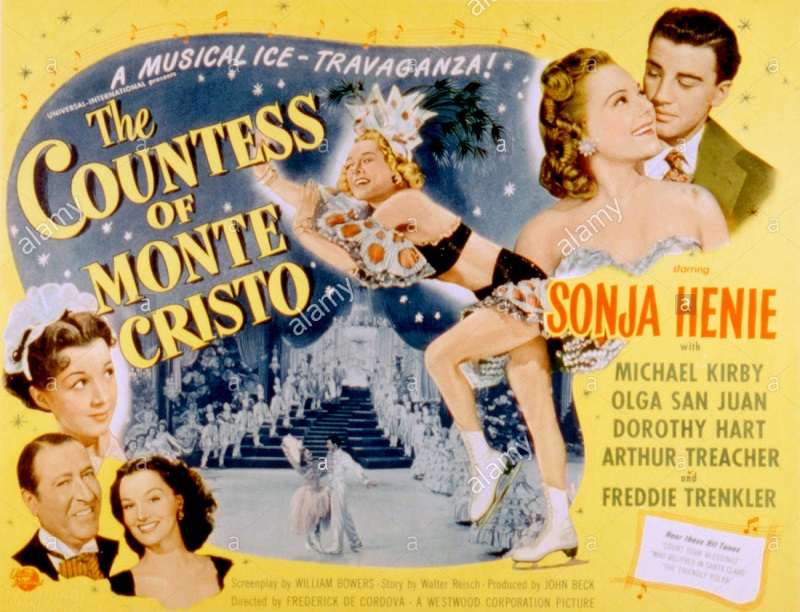 The award for Least Faithful Adaptation goes to….

The story goes as follows [1]: A rich old man is dying in his castle adjoining a factory and his small family and retinue are collected around. A plot is afoot as four conspirators [2], all servants, have him and his legitimate heir murdered then frame his wife (who re-emerges as the Countess). A young stable boy escapes with the secret to a buried family treasure nearby and has made a solemn promise to the faithful manservant of the Count to spend it getting revenge on the treacherous quartet. So ends the long prologue.

Twenty years later in Paris everyone is under new names. The quartet have used ill-gotten gains from the murders to enter high society. The stable boy comes in as a dashing nobleman, working with a mysterious Countess who is the talk of Society. All kinds of machinations follow as the Countess tries to outwit the quartet, save their latest victims, and take revenge for the age old murders. 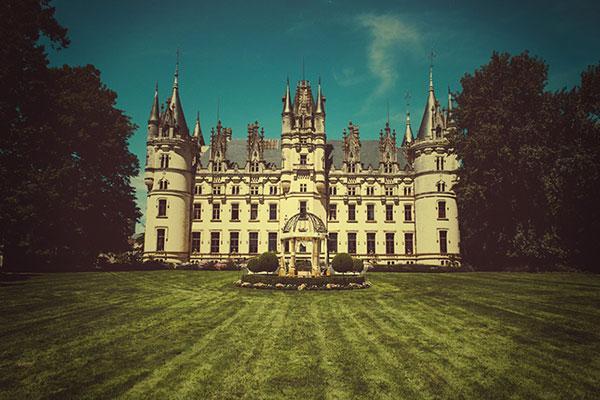 I imagined one of these was in there

Thematically, it’s the same as the Dumas original: a betrayal, a hidden treasure, and a re-emergence as mysterious nobility to execute a plan of righteous vengeance. Stylistically, it tries to do the same thing too. But…

The book whizzes by fast enough but in a few chapters it bogs down and it becomes obvious the lack of craft in it’s construction. In that sense, it’s a bit like slowing your car down in GTA V to pay attention to the textures.

I like old books because they present a different world view in simple things how the writer assumes knowledge or opinions in the reader. The dialogue in this one is excessively effusive and romanticised, with even street urchins orating like a philosopher on an Athenian town square. Reading this book felt like finding an old photo album in a musty old attic, giving a picture on how a few long-dead families lived.

I have absolutely no reason to recommend this book. Think of all the Game Of Thrones or 50 Shades Of Grey rip-off me-too books on the shelves of today’s bookstores. This is just an 1800s version of that. I admire this writer’s hustle but he just doesn’t have the original thinking, skilful construction, or lively prose style to say he’s reached Dumas’ level of mastery [3]

If you’d like to read fast-paced adventure stories full of heroes and villains, and even a brief section in Paris, you might like to try my memoirs.

[1] I think, it’s not entirely clear at times because all the characters resurface under new names and the book deliberately makes the reader guess who they are meant to be.
[2] Not Jews, by the way.
[3] The quality gap is large. Infinite, even. [4]
[4] Perhaps that metaphor was overkill.