Some Jordan Peterson fans are cunts. Let me explain.

One of my favourite courses at university was called Introduction To Informal Logic given by the philosophy department [1]. The idea was to clarify the thinking of students when reasoning verbally, as opposed to the syllogisms and algebra of formal logic. Thus rather than learn all the logical syllogisms like this:

We instead learned argument fallacies such as the No True Scotsman or the Logical Black-Is-White Slide. Then we’d be given sample texts and try to spot the fallacies. This is perhaps why to this day I get riled when a normal person says “fallacious” to mean “mistaken”, or “refute” to mean “repudiate”, or “invalid” to mean “false”. Each of the first terms in these pairs has a specific meaning in the study of informal logic.

Meta-level – The operating system of how you process information, classify information, and weigh evidence. The study of logic, scientific method, statistics and so on belong here. As does a purification process to purge sloppy thinking and ego that may corrupt the hard drives upon which everything is stored. This is all the how of thinking itself. It’s about the curation of your mental garden.
Theoretical level – The axioms and principles you’ve divined that seem to drive the world, including heuristics and rules of thumb. So that could be theories like r/K, evolution, Great Man theory, Hegelian dialectic or simple ideas like “everything is mating strategy” or “every situation has both the seen and unseen effects”. This is mostly the why but has a bit of what. These are the ideas that are applied to facts.
Classification level – The groupings of data, subject disciplines, and the interrelations between them. For example, you may divide martial arts between classifications of living/dead, or academic disciplines as bullshit/real, or decide one data set belongs in psychology but another in sociology etc. This is about allocating space in your mental matrix. You have different lines of soil for cabbages to the carrots etc.
Factual level – The raw data of observations about the world be it first, second or third hand. This is what most people would call ‘facts’. This is all what. It’s the individual vegetables in your garden, that you plant into the correct place determined by the classification level.

I’ve noticed over time that some people can be really good at some levels and awful at others. For example, Joe Rogan is a veritable treasure trove at the factual level because he has an inquisitive mind, hundreds of long interviews with experts in various fields, and his own interesting background in comedy, martial arts, and behind-the-scenes UFC. Unfortunately, he appears to have no solid world-view within which to locate and organise everything. He is a ‘surface skater’ rather than a systematic thinker. These guys are great at dinner parties because of all their interesting stories and factoids. It’s basically the Pub Quiz guy.

This is a curse endemic to anyone who hasn’t studied the canon of Western thought and literature. You need a reasonable grounding in the classics and history to begin mapping out your own world-view in organised fashion.

His friend and frequent guest Eddie Bravo is a weird conspiracy nut who seems incapable of processing the most basic things said to him, and is awful at the factual and classification levels. However his brain is naturally systematic and he operates well at the theoretical level. It is thus unsurprising that he revolutionised Brazilian Ju Jitsu by creating his own theoretical paradigm – which all fits together beautifully like a physical jigsaw – and inventing a ton of positions, transitions and ideas to fit into it.

If you’re an ambitious young man who wishes to cultivate his mind and become a renaissance man it is not enough to simply read a lot. Filling your mind with facts will not suffice. You need to cultivate the structure of your mind in addition to pouring in lots of new data. For this reason I absolutely recommend the study of informal logic. If nothing else, it armours you against rhetoric from others because you can immediately x-ray their arguments to spot the underlying logical bone-structure and the mistakes within it. It becomes harder for people to pull the wool over your eyes. 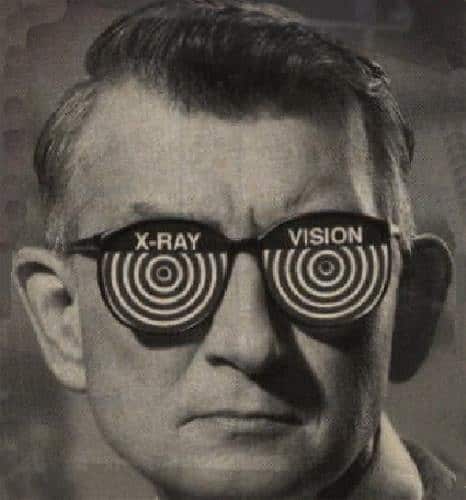 Thoughless with his 1930 prototype

I chose to read Robert H. Thouless’ Straight And Crooked Thinking for a different reason. I consider it spring cleaning for the mind. The human brain is like an install of Windows 10 in that, if left untended, it will degrade over time. If all you do is pour in new information you are neglecting the structure and thus it’s easy for your ego to swoop in and begin fooling you with your own argumentative fallacies. It’s good to revisit informal logic to apply it’s lessons to yourself. That’s what I did here, pausing during each chapter to ask myself, “Do I make that mistake? Are my recent arguments fallacious in this regard?”

Though I’d recommend Weston and Flew over Thouless, I did get a lot of value out of this book. It’s written in 1930 and then revised in 1953 so it has a patient style without the recourse to fancy that a modern how-to-think paperback would have (Scott Adams, I’m looking at you). In 1953 writers didn’t feel the need to put bells and whistles on everything to maintain their ADHD reader’s attention. I like the old school style.

As for content, here are some interesting snippets I took from the book:

– Choosing emotionally-loaded words over more neutral words is a rhetorical device that is likely to stir up obstacles to dialectical reasoning. Just be clear the purpose of your communication and choose your vocabulary accordingly.

– Many arguments sound convincing until you realise the proposer is implying the qualifier “all” but will only defend the qualifier “some”. For example, “Muslims are terrorists” is very easy to defend factually if prefaced by “some” but not by “all”. Thoughless states it better than I can:

“We can put this in a more general way by saying that a common form of dishonest argument is the statement “A is B” when “Some A is B” would be true, but in which the untrue statement “All A is B” is implied for the rest of the argument.”

– There’s a very good discussion of arguments over words vs arguments over facts. The crux of it is that both sides may agree the facts but they define their words differently and therefore can’t reach agreement. Thoughless uses this example early on, about whether the colour green is a fact of the world or just how its experienced inside our minds:

“If it is realised that this is only a verbal question of whether we are to use the word ‘green’ for the colour of grass and leaves or for the experience we have when we look at grass and leaves, it is clear that there is nothing of interest to discuss. We use the word in either way…. all that matters is that we should use not use it in both senses without making a distinction between them when confusion might arise.”

That might sound like Captain Obvious once more triumphing with his Hammer of Obvious but Thoughless develops the idea in ways that were new to me and really helped. His key insight is that such arguments are really about “ought” not “is”. Both sides believe there is rhetorical power in recruiting a particular word to their side (e.g. ‘democracy’) so this is really a battle over ownership of the word, to use it to denote their preferred interpretation. It’s a rhetorical sleight of hand while the real factual world underneath isn’t changed at all. It is often a preliminary step before taking that word and committing the informal logic fallacy of equivocation.

No, you clean YOUR room, pal.

Vox Day noted this is Jordan Peterson‘s primary sleight of hand and it exposes him as a worm-tongued charlatan. JBP constantly defines words his own way, far removed form the normal usage, at the “defend” stage of argument. He then picks up that word and carries it over to a new argument hoping to keep its power under the everyday use of the term. I realised it’s like a magician’s trick. Let me explain with a visual metaphor.

Imagine a gym where all the free weights are the same physical dimensions, but the density inside the plates and dumbbells give them different weights. So, they look identical but are different weights. They are identified with stickers, from 5kg, to 7.5kg etc right up to the big man weights. Jordan Peterson comes in [3] and walks over to the lightest girl weights. They are very easy to lift. He puts his own sticker alongside the 5kg, a number 3 to the left so that it now reads 35kg.

Peterson isn’t phased. “Oh no, I’m not pretending it’s heavier. It’s just I’m recording my exercise regime on a different scale, where I apply a discount factor of x7. It’s just a precise way I like to define my numbers. It makes sense in the context of my own system. I don’t actually think it’s 35kg. It’s just a labelling convention I have.”

“Oh, I see” says the Texan, walking out the room at the end of his workout.

Peterson takes his dumbbells and walks to the other side of the room where some hot girls are working out. They never heard the earlier exchange. Peterson starts curling the dumbells in front of the girls. They see the 35kg marker on them.

“Yeah. Special technique” he says, his ego preening in satisfaction at the successful con.

I see this type of move all the time, especially in the media. You define a term narrowly or specifically when pressed (e.g. the “Some X are Y” above) and as soon as the audience’s vigilance is reduced, you begin applying the term in the wider general sense (“All X are Y”). Personally, I’d never use such a sleight of hand.

So, I have conclusively proven all Jordan Peterson fans are cunts.

Perhaps you’d like to assign me ideas and positions the opposite of those I actually take, like Peterson’s fans do to him. If so, you’ll probably want to avoid reading my actual books, just like JBP’s fans don’t read his books either. However, I’d rather you did read them because then I’ll get paid. Order here.

[1] The two core texts were Anthony Weston’s A Rulebook For Arguments which lists all the fallacies very clearly, and Antony Flew’s Thinking About Thinking which is a discursive treatment of the same general content. Both are great.
[2] I’ve literally just invented this schema as I started writing this review, so don’t take it as anything more than a convenient typology to illustrate a point.
[3] Probably in a really gay cyclist Lycra outfit