“Nick, what’s with all these lurid spy novels? I thought you were attempting to become The Most Interesting Man In The World. Wasn’t your reading project meant to be studying world history, high-falutin’ theory, and the Classics?”

“So stop with all your childish Matt Helm and Mack Bolan nonsense and get on with Alexandre Dumas. Can’t you read The Count Of Monte Cristo again and review that?”

You know what, lads? I can go one better. Having read all about Edmund Dantes and plowed through the five massive volumes in the D’Artagnan Romances, I have found myself a new epic Dumas series to read: The Last Valois trilogy. So, let’s have a look at that, shall we?

Something I’ve noticed about Dumas is that his book titles never really tell you what to expect from the story. They are hardly inviting. Most of them are simply the main character’s title. There’s The Count (of Monte Cristo), The Vicomte (of Bragelonne), and in this case The Queen (Margot). As to what shit will go down in the stories….. it’s not really clear is it? But the cover shows some naked dude being thrown off a balcony into the arms of a howling well-armed mob, so it looks promising. Fortunately, all Dumas books involve similar elements:

I try not to read even the back cover blurb of a book before I begin, preferring instead to go in blind and let myself get surprised. So, I didn’t know what La Reine Margot had to offer me. What I got was a long, exciting, intricately plotted palace drama that I thoroughly enjoyed. It kicks off like the Red Wedding in Game Of Thrones. It’s 1570s France and the reformation has led to a large movement of Protestants establishing a power base in Navarre, called the Hugenots. They are now slinking into Paris. The king of France, Charles IX, is Catholic as are most of the holders of public office. In an attempt to quell rebellion through marriage, the king’s sister Margot is to be married to the king of Navarre, Henry. The book begins immediately prior to the wedding in Paris, which has become a festival as all the Hugenots and Catholics get together to broker a peace.

I said Red Wedding didn’t I? You see, it was a trap. Charles IX and his villainous mother Catharine De Medici set it up to put their Hugenots enemies in one place and then on the night of Saint Bartholemew the Catholics run amok in assassination squads, murdering thousands of Protestants.

They were not fucking around

It’s pretty vicious stuff too. One thing I love about Dumas is how adroitly he can manage tonal shifts. For example, compare these chapters:

Chapter 16 (‘A Dead Enemy’s Body Always Smells Sweet’) concerns Charles IX leading a procession of nobles on a fun day out to inspect the corpse of his Admiral (a Hugenot) he’d had assassinated a couple of days earlier to trigger the massacres:

“From the principal gibbet hung a misshapen mass, a black corpse stained with coagulated blood and mud, whitened by layers of dust. The carcass was headless, and it was hung by the legs, and the populace, ingenious as it always is, had replaced the head with a bunch of straw, to which was fastened a mask; and in the mouth of this mask some wag, knowing the admiral’s habit, had introduced a toothpick.”

Soon after, Henry of Navarre, now under house-arrest in the Louvre, visits his mistress in her rooms. This section is in Chapter 21 (‘Madame De Sauve’s Apartment’).

“Do you love me, Charlotte?” asked Henry.
“I love you,” replied Madame de Sauve, with a fascinating smile, dropping her pretty hand into her lover’s.
Henry retained the hand.
“But,” he went on to say, following out his thought, “supposing I have guessed the word which the philosophers have been vainly trying to find for three thousand years – at least as far as you are concerned, Charlotte?”
Madame de Sauve blushed.

This book effortlessly shifts from palace intrigue, to romantic overtures, to bloody combat and, to me at least, never seems jarring. I like also that there isn’t really a hero in this. Modern genre fiction is usually quite formulaic in sketching out a hero, a villain, and a series of plot twists gradually honing in to a conclusion. Dumas was writing before pot-boilers became so restrictively styled. There are two dashing cavaliers in this volume, a Monsieur La Mole and his friend Coconnas [1]. They form an unlikely alliance that begins as each is a messenger for a rival faction and they meet en route to Paris. They deliver the messages and lodge at the same hostel, becoming friends and gambling together in the hostel lounge. That night is St Bartholomew’s, and as the violence erupts Coconnas attempts to murder La Mole in his bedroom. Somehow, they soon become inseparable friends.

It’s odd. Coconnas spends the first quarter of the book as a gleeful bloodthirsty murderer who massacres dozens of unarmed Hugenots and yet he’s a major protagonist. He ends up quite likeable.

The other two protagonists are Queen Margot and her husband Henry of Navarre, who form a mutually-protective alliance despite being married in name only. Both are adept plotters and much of La Reine Margot concerns itself with the pair outwitting Catherine De Medici’s multiple attempts to assassinate Henry. The queen mother is a fantastically wicked character, right up there with Milady from The Three Musketeers. 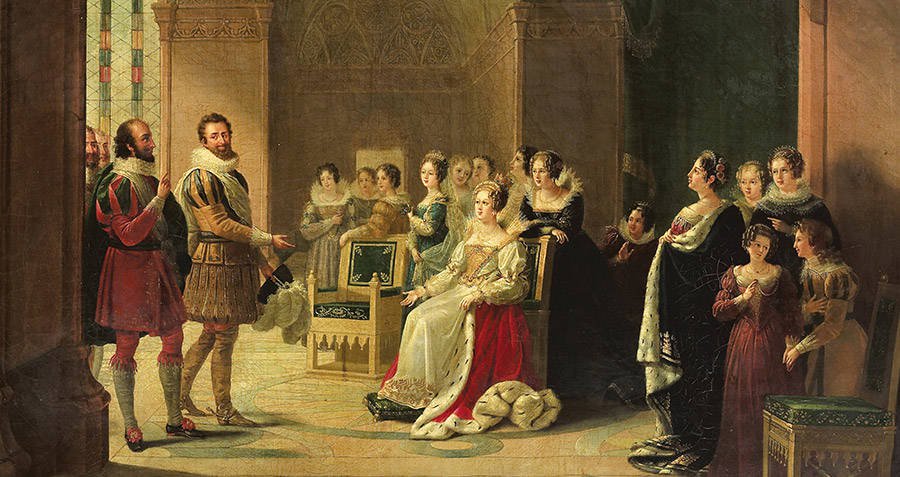 Most Dumas adventures involve characters questing across France, Belgium and England so La Reine Margot is unusual in that probably 80% of it occurs within the palace gates of La Louvre or within the king’s party when they go to hunts or to the castle of Vicennes. Dumas does a great job of sowing seeds of unease to make the Louvre a claustrophobic den of sinister machinations that are constantly imperilling Henry of Navarre.

I absolutely recommend this book but it doesn’t quite match TCOMC or The D’Artagnan Romances, so try those first. It’ll take you about ten years to read all those, and then The Last Valois trilogy will be waiting for you.

If you like the idea of a hyper-active writer filling volumes upon volumes with similarly-plotted and repetitive action, you’ll love my memoirs. All my books are available over at my products page here.

[1] Think of them as the Two Musketeers