BlackDragon is a pathetic delusional cuck 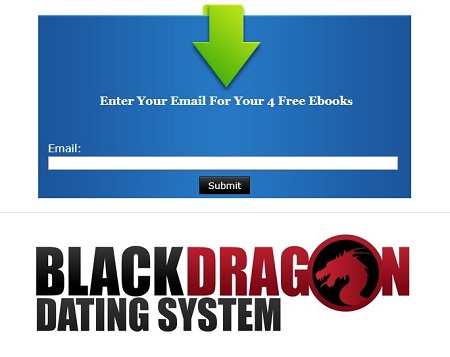 I promised myself that this year I would resist the temptation to play PUA Police. The world is so full of bullshitters and charlatans that exposing them is like a game of whack-a-mole. A wannabe seducer needs to develop his own nose for fakes, a calibration skill that will serve him well when dealing with women. Think about it: if you can’t spot an incompetent fraud like JMULV, how likely are you to penetrate the layer of subterfuge that covers female interactions with men?

One thing I’ve noticed lately is how many men will take a fraud seriously just because the guy has a blog / book / YouTube channel. Their reasoning seems to be, “this guy is a legitimate expert whose advice I ought to follow, because he says on his own marketing platform that he is.” Pick-up adversely selects for men who are naive, unable to read social cues, easily hoodwinked, and who over-rate book learning. Write a blog, hawk an ebook, and get some credulous seminar booker or podcaster to talk about you…. that’s it. You can now sell memberships to a Superior Man Inner Circle.

You people really need to learn to evaluate the evidence presented. Just because a random man on the internet tells you he’s an Alpha Male doesn’t make it so. Does he have an Instagram that is all bluff, showing a lonely wandering existence with no friends, no girls, and no visible success (e.g. Christian Macqueen, Troy Francis)? Perhaps you should prioritise the evidence of your eyes over his claims to be a social circle whizz or lone wolf sigma. Does his Instagram show him with lots of obvious hookers that he claims are notches (e.g. JMULV)? Does he talk like a double glazing salesman, full of glib evasion and clumsy Cialdini-like persuasion and his life seems locked into a squalid circle of messy apartments and fruity short-term ‘friends’ (e.g. Beckster)?

It’s not hard. Trust your nose. If someone looks, talks and quacks like a fruitcake, he’s probably a fruitcake.

I love Donald J. Trump and I’d love to see him Make America Great Again. We can start with the USA’s pick-up community because it’s undoubtedly the worst in the world. Perhaps because it’s the biggest market and thus attracts the most scammers. Perhaps it’s because Americans tend to be a trusting bunch. Perhaps it’s because America uses 80% of the world’s prescription drugs and therefore roiding up till you are red in the face and shoving nootropics down your gullet doesn’t strike you as very odd behaviour indeed for a man of high self-esteem. I don’t know what the cause is, but America is positively rife with bullshitting PUAs.

The funniest of these is BlackDragon. And oh my god, is he funny.

I read BD a while ago and immediately smelled a rat. By his own admission he’s an unattractive middle-aged man living in the Portland area who gets laid mostly from online dating sites. Just stop and think about that. If that one-sentence description didn’t immediately set alarm bells ringing, you are clueless.

Portland is SJW-central. It’s an absolute hell-hole of unattractive women. It’s not Prague, or Belgrade, or Moscow. It’s one of the ugliest cities in a country full of ugly women. Now add in the fact BD is not using high-level daygame. He’s using online dating which, as every man who cold approaches will attest, always leads to a drop of a point or two (minimum) from cold approach. Take it further: BD is an older gent chasing younger women, and thus aiming very high. Lastly, he’s admitted to being physically unattractive – while searching for women in a format where age or photos are the most important criteria in passing the first filter for hook point.

It’s not his looks or physique is it?

The second red flag was how he constantly positioned himself as an Alpha Male and then directs you to either self-referential blogposts (i.e. circular sourcing, which doesn’t increase credibility) or to products with buzzword titles and taglines. That carries the unmistakable whiff of the online bullshit artist attempting to dip his hands in the pocket of a newbie before he learns the lay of the land.

The third red flag were BlackDragon’s preposterous claims about MLTR (Multiple Long-Term Relationships, i.e. open) and monogamy. Not only that, but about raising children in such an environment. Even if you took him at his word (which I don’t) BD was advocating raising children in an environment where his dad is openly sleeping with women who aren’t his mother, where his father has openly rejected monogamy and love of his mother, and where mummy is sleeping around like a worthless whore too. That’s child abuse. It’s spectacularly tone-deaf and egocentric. I’ll tell you something right now: the only men who obsess over “harems”, “rotations”, and “MLTRs” are men who either don’t have them, or are flush with the excitement of recently getting that kind of action. It’s an ego-driven goal and the thrill wears off very quickly. That BD is constantly puffing his chest out about it is a huge red flag that his reality isn’t very impressive at all.

Then, of course, we get to the absence of evidence. Having, according to his marketing spiel, lived the Alpha Male Lifestyle for six years sleeping with Ultra Very Young Women it would be reasonable to suppose he’d have a ton of evidence to prove it. I mean, if you’ve persuaded UVYW to sleep with you in MLTRs and you’re an Alpha Male, then persuading them to let you post evidence about it shouldn’t be too hard. Every legitimate PUA finds a way to do so.

From 2014 onward I made very little effort to continue proving my bona fides but you can still find plenty of infields, Same Day Lay videos, and pictures of me with hot girls. You can bump into me on the streets, or interrogate active daygamers who’ve winged or travelled with me. It’s really not hard to prove your bona fides if you actually have game.

Anyway. All those preceding paragraphs explain why I very quickly dismissed BlackDragon as just another basement-dwelling bullshitter. It took about half an hour and skimming through a dozen blogposts of his. I left it at that. The reason I return to the subject is my faithful commentors have done far more research and fleshed out just how delusional and full of shit BlackDragon really is.

And oh my God is it comically funny. Let’s start with the best one.

Please read this post. I beg you to. It’s cringe on a level beyond Ricky Gervais or Mr Bean. Here’s the summary: Black Dragon married an ageing mudshark who was hitting the wall and brought along her bastard offspring of a deadbeat negro wanderer. I didn’t make that up or infer it. Those are the literal facts contained within his own blogpost. If my friends like Roy Walker or Mr White had SDL’d such a skank outside Palladium mall at midnight I’d have never let them live it down. BlackDragon wifed her up for ten years and adopted the mystery-meat son as his own.

“Fortunately, my son’s bio-dad is a loser whom he doesn’t even remember, and was living in another state when we got married, so it was game on. She was a white blonde Barbie, and her son was a fun half-black half-white hyper kid. She became my wife, he became my son.”

He literally cucked. Rollo has great posts on this kind of self-abasement. Read through them to get a feel for just how craven and weak a man must be to knowingly put himself into that position. His kid has wisely rejected the squalid ego-driven hooker-shagging of his dad. Probably because this kind of thing kept happening:

“My rule with my kids in terms of the women I see is that none of my women are allowed to have access to my kids in any way whatsoever unless the woman has proven to me that she’s going to stick around for a very long time. As you might imagine, very few women ever get that far, so the vast majority of the women I sleep with never, ever meet my kids, even in passing.

Of course life isn’t perfect, so there have been occasions where the schedule gets fucked up and my daughter might see a woman quickly leaving the house or something. I do admit that’s happened before, but not often.”

But there’s more! Read this one.

Now he’s admitting that he uses hookers, while desperately trying to convince himself that it’s not whoremongering and that these women he pays for sex are not like those other women that other men pay for sex. He calls it “sugar daddy game” – yes, game. Paying women to sleep with you is game now. Like every other delusional whoremonger he spends considerable time convincing himself the women genuinely like him and he’s not just a pathetic loser.

Look, how much more evidence do you need? If it’s not enough that he married a skank six years older than him, got knowingly cucked with her son, and has to pay to have sex, what more do you need to convince you he has no game and isn’t any kind of role model to pattern your life on? He is like a posterboy for Rollo’s archetypal victim of femcentrism.

At least his women aren’t openly cucking him by letting other men bang them out. Oh wait, what’s this?

“Fortunately, since I’m an Alpha Male 2.0 and outcome independent…” he says. Oh, my sides! Wait, it gets even better. Here he is describing the yo-yo knickered slag: “She’s blonde, trim, super hot, and what most men would consider a 9 or 10 unless you don’t like blonde white women. I’m not going to show you photos at this time so please don’t ask. She’s 37 years old.”

Tens! I see nothing but tens!

But she’s no doubt sweet and girl and feminine…. “She’s a corporate woman with many years of professional experience. She has an impressive resume and is an extremely hard worker. This is another common trait with women I really like and tend to be attracted to.” If you’re reading this Roissy, please go easy on him! BD is ticking more boxes on Rollo’s checklist of cucked effeminate clueless beta: the inversion of male-female polarity and the valorisation of women’s resumes in the male sphere.

It’s going to hurt my head to continue. Let’s summarise. BlackDragon is an internet alpha. He’s a mouthy deluded low-value cuck who pays for sex, his girlfriend is a busted old shrike who sleeps with other men, and his head is full of all the beta brainwashing Rollo has dedicated his life to undoing. BlackDragon offers no evidence whatsoever that he has game. Obviously. He has constructed a complex front in which he’s really an Alpha Male 2.0, an enlightened modern man with an innovative lifestyle, and a source of learning for a future generation of womanizers.

Did your wife’s boyfriend give you permission to wear that suit?

“BlackDragon” is a false idealised self for the low-value, pathetic cuck that is Caleb Jones as he tries to convince himself and others that he’s not an ageing shlub shacked up with a skank, pays hookers to pretend to like him, and role-plays “father” to another man’s son.

If you’ve already given BlackDragon your money then you’re too far gone for my books to be any use to you. But, here’s the link anyway.