Here’s another failure story for you eager beavers.

Three months ago I’m walking through Green Park with Bodi in early evening. I’ve had a decent day and collected a few hopeful numbers and even had an idate with a very very hot Mexican tourist whose short shorts and tight halter top had my tongue hanging out when I first saw her. The Mexican subsequently disappeared onto the next leg of her Euro-trip after a bit of inconclusive Facebook chat – her interest levels and availability weren’t high enough to move things along to a Day 2. As we come out the top of the park Bodi sees an Italian girl waiting at the bus stop a micro-second before I do and he’s in. Perfect prospect for daygame: squirrely, cute, bored, dreamy….. he gets a strong hook and bounces her to a nearby cafe.

So I’m left twiddling my thumbs and it starts to rain.

I walk towards Piccadilly and run into two cute smiley girls with long term boyfriends. Nice chats but nothing doing. So I settle down into Caffe Nero and go off the clock. My session is done, I’ll just relax in a comfy chair and wait for Bodi to close out the idate. Half an hour later he shows up grumbling that she was eye-spazzing and loving it but commited to her boyfriend.

Those angry men in the “all girls are sluts” phase would do well to bear this in mind. For every girl I do fuck there’s at least five who massively fancy me and would be massively up for it…. except they will not cheat on their boyfriends. And I do test them hard. I’m one of the sharks who smells blood in the water and can pry a girl away from her man but even then it fails far more times than it works. Maybe it’s because I normally go after good girls and screen out slutty tattooed party girls. But also it’s because most girls are not on the carousel. Girls are not notch-centric so when they have a good thing going with their boyfriend they’ll turn down other offers. Carousel girls are a strangely masculinised bunch that are not representative of the wider female population.

The rain reduces to a drizzle and dusk settles over the streets of London. Black taxi cabs whizz past and office workers rush home protecting themself from the rain with a newspaper held over their heads. I have an 8pm date with an Italian horror movie starlet (which goes nowhere, I find out later) and it’s 7:50pm now. We walk outside.

Sitting at the bus stop is a lovely voluptuous girl, a Brazilian by my estimation. She seems to flash me a look but it’s very subtle, possibly nothing at all, and I remind myself I’m off the clock. Then she looks at the timetable display, gets up and walks off a few yards behind us. Oh well, might as well flip the stone….

She gives immediate spazz-eyes and beaming smile. It’s like the moment they turn on the Regent Street christmas lights. Wow, she’s into this! She tells me she’s Russian and here on business, leaving early tomorrow morning. I take a number and say we can meet later tonight for a drink. “Let’s have the drink now” she says. Gritting my teeth I have to tell her no, I’m meeting friends. I calculate my Day 2 can be done within two hours and tell her let’s meet 10pm. It’s agreed. 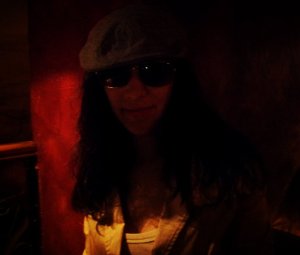 So I meet the Italian and do a decent job but it doesn’t really click. My phone is almost dead when I text the Russian “where are you?” She waits outside a restaurant in Leicester Square until I collect her and walk to Waxy O’Connors, a dark Irish pub with some nicely secluded rooms. The checklist gets ticked off fast.

Her: Neither do I. It’s not going well. He’s cheated on me and I’ve cheated on him.

She’s lovely too, about 26 and with a flat stomach and great curves. I kiss her within half an hour and run accelerated rapport as the clock ticks. Her flight back to Moscow is 6am and she says she hasn’t packed her suitcase. I give it two drinks in Waxy’s until I seem to be getting green lights. It’s now that I make a tiny mistake that causes my crucial judgement call ten minutes later to be the wrong play.

I fail to check her logistics. She tells me she’s in a hotel in Ladbroke Grove (ten minute cab ride) but I fail to ask who she’s staying with.

So when we go outside for a nightcap and taxi I tell the driver to go to her hotel. It’s a difficult decision because my place is three times the distance and with her early flight she’s more likely to protest. I figure it’s quicker to her place, she’s more comfortable there, and it’s less likely to trigger anxiety over not catching her flight.

Okay, one step back. We settled into the hotel bar for another drink. More rapport and comfort. More sex talk but the vibe is chilled as the relentless escalator to sex has been paused. I probe her further but get nothing I can use. So finally it’s past midnight and I have to make a final play. I walk her around the hotel looking for anywhere sexworthy – a conference room, closet…. anything. There’s nowhere to fuck her. I keep stopping her to make out. She’s grabbing my dick, wanking me off, I’ve got her tits out and in my mouth in the hotel corridor but there’s just nowhere to drag her. She won’t go to her room, won’t go to a bathroom, won’t do it in the corridor. It’s logistically fucked and she’s massively horny.

How it should’ve ended, yesterday

She tells me she has to sleep and get her flight. She’ll message me next time she’s back in London. So far I haven’t heard a peep. It’s a dead lead.