Back when I was a super-chode my life was a fairly unadventurous affair, something I still see in the dead-eyed shambling of all my coupled-up old friends. Monday to Friday is the corporate cubicle grind then a few drinks after work with other blue-shirted finance/programmer chodes in an All Bar One until each of my friends’ “weekend passes” expired and Her Indoors summoned them home. Saturday and Sunday were mostly recovery from the week with a little shopping and cafe-dwelling mixed in.

A pretty boring life. I escaped that gulag four years ago and the Blue Pill Gestapo will never take me back alive. 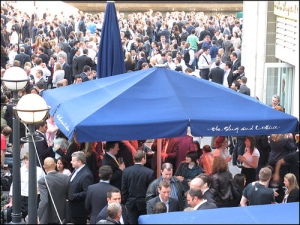 Then an hour in the exercise yard

So I’ve been living the Euro-jaunt lifestyle. Every month or so I’ll take a week or two’s trip facilitated by budget airlines and airbnb. I’ll number-farm, pick the low-hanging fruit and add the tougher, chaster and prettier girls to Facebook and Skype to work them ready for a return trip. When you’re a fan of the Euro-jaunt lifestyle, Long Game is indispensable. You have to learn your mistakes the hard way and few things are more depressing than working a girl over social media for two months, agreeing to meet in her country and then she doesn’t put out. It’s only happened to me twice and it’s very unpleasant… an “I suck” moment to beat all I suck moments. So I developed a Long Game checklist to be ticked off before booking flights and it’s served me well. It’s in the new book.

I wouldn’t be an aspiring player if I didn’t sometimes push the envelope, take a risk, and put myself into stupid situations. With this girl I decide to fly over to Estonia for a weekend with her when she hasn’t ticked off a single item on the checklist. That’s trouble. But before we get to the end let’s go back to the beginning…..

It’s late July and the sun is beating down on the paved streets around Trafalgar Square. Crowds of slim Euro-tourist girls amble around with cameras, guidebooks and Primark bags while Tom and I run amok. He opens some bint outside the National Gallery and hooks well so I go sit over on a nearby wall. He’s got his girl laughing and tittering so I’m looking around for something to throw myself at….. and I see her. A diminutive little Russian strutting across the square in high heels and tight skirt. Imagine the bitchiest coldest-looking Russian catwalk model and then shrink her six inches and inflate her curves. She’s got the severe makeup, cold eyes, high cheekbones and dark clipped fashion that you’d expect on Victoria Beckham but she’s only 5’2″ tall bless her with hips and calves like a porno actress. Her features are like a blow-up doll. I open.

I genuinely expect to get blown out hard. She seems so severe.

But no, she hooks easily and before bouncing her into the National Gallery cafe “for an English tea like an English lady” I see Tom glide past with his phone camera sneakily flashing. Later he shows up in the cafe after I text asking him to record a little idate footage.

After tea I walk her along the lakeside at St James Park and we sit on the grass. She deftly avoids being in kiss-close range but she’s verbally IOIing me and there’s no danger of her failing to understand my intent. But this is a Russian: you don’t expect much from the first two dates. She’s only in town a few more days as her three-week English course wraps up but I manage to get her on a Day 2 for a couple of hours. We have a beer in Waxy O’Connors and she rebuffs my kiss-close in a “too soon” kind of manner. I move it to Facebook.

Back in Trotskygrad reality hits her like homebrewed vodka and she’s loving the mysterious Englishman schtick. I run the usual Long Game in comparing her to a hamster and KGB agent. She sends me a two-page bio giving me a fantasy backstory (that’s great investment and mythologising) and it all goes nicely. September rolls around and I’m in Latvia teaching a residential with Tom. I get my usual local lays and squeezed between them is a Sunday afternoon when my Russian buses into Riga for a daytrip. It’s a delightful afternoon sitting in the sunshine by the river, taking photos around the Old Town and I get her semi-naked on my sofa. There’s makin’-out aplenty but she’s got rigid forebrain control to refuse the sex. I try everything. At one point I’m chasing her around the kitchen table and she tries to crawl away through my legs.

Another month of Facebook chat ensues then we agree to meet for a weekend in Tallinn. I know it’s not a done deal not only because the checklist isn’t ticked off but my whole gut feel is telling me it’s a 50/50 bet she’ll play the “I’m not that kind of girl game”. She’s clearly angling for commitment. However I’m on 25 of 26 targeted lays for the year, fancy getting out of London, and haven’t been approaching for over a month so have no London leads. I take a punt.

Predictably she gives me the runaround. On paper it’s a lovely evening – we stroll around the Old Town, take photos, eat in a medieval restaurant, have a few drinks and then roll around on my bed in the apartment but…. it’s just one long ordeal for me. It’s a very straightforward powerplay, conducted covertly.

I want to bang her. She wants to get commitment first.

As I’m walking her back to my place towards 10pm she tells me “I should be going back to my hotel”. She comes inside “for a minute only”. She won’t take her coat or shoes off for the first hour. Every babystep forward is a grind. I try everything over three hours on my bed before finally giving up. She stays the night but never takes her tights off and in the morning I’m able to get a blowjob off her. It’s so obvious she’s gagging for it but her forebrain is truly impressive. There’s a reason Russians like chess (and yes, she plays).

I get rid of her on Saturday afternoon because I need my own time and space. A couple of hours later she returns and the battle recommences. I sense a change this time. I’ve very consciously reminded myself to get back into the Now and make myself present, rather than my previously weird outcome-dependent distant vibe. She’s also a little more broken-down than yesterday, her hindbrain having dissolved a few more layers of resistance. So we eat again and have another drink. The vibe has shifted noticeably. Her eyes are more sparkly, she feels closer, and I’m starting to sense the “fuck me” decision being made behind her eyes. The spider sense is tingling.

I take her home again and the same palaver ensues but in only a quarter of the time. Finally I decide for the big escalation push. I’m pretty brutal with her. Moving her body around, ripping her clothes off, giving her stern looks, holding her down. She resists mightily but everytime I release her she gives a mildly disappointed look. Twice I do the Fire Escape routine of going into the bathroom, closing the door and offering her an escape route should she really wish to leave. Both times I come back to find her still lying on the bed in exactly the state of undress in which I left her. She wants it.

This Conan scene is tame in comparison

So she gets it. She’s saying “no, we shouldn’t” right up until the moment I stick it in her and then – BAM! – She loves it. The barriers come tumbling down and she transforms into a hellcat. She’s biting, scratching, moaning, screaming, begging for more. She loves it rough especially the choking. When I turn her over for doggy-style I see a tramp stamp above her ass…. “oh you deceitful dirty bitch” I think, “pretending you’re a good girl wanting commitment while having that tattoo”. So I stick it in her ass and give her a rough one-man DP. Needless to say she loves it.

Afterwards she snuggles up to me and coos “you’re such a monster”.