It’s midway through my trip and the sun is turning my head into a tomato. Having spent the first three months of the Euro Jaunt season praying for the rain to stop, I’m now praying for the sun to go back behind the clouds. Lately I’ve been dressed in shorts, a Guns’n’Roses vest, and some black imitation Converse I bought at an underground mall at the bottom of Khreshatyk street. I looked a right prick. So today I went back to my usual style but I’m suffering for it in the heat [1]

Now it’s early-afternoon and I’m hiding under a parasol in the Belgian cafe on the said same street in anticipation of rapidly increasing temperature. Not a lot is going on so I’m happy to sip a beer and talk to Roy and Xants letting my eye roam over the small number of girls walking past. I swear the air shimmers from the heat, but doubtless I’m imagining things.

The sun does indeed go in, for about half an hour, and the street cools.

I do a few sets. A blonde girl seems especially into me. It takes a persistent strong stop to get her to pull up but I step in on her and her eyes sparkle. She touches my forearm, plays with my pendant, and matches my eye mesmer. It seems so very on but I remind myself that what happens in the bubble stays in the bubble. She gives her number and walks off. 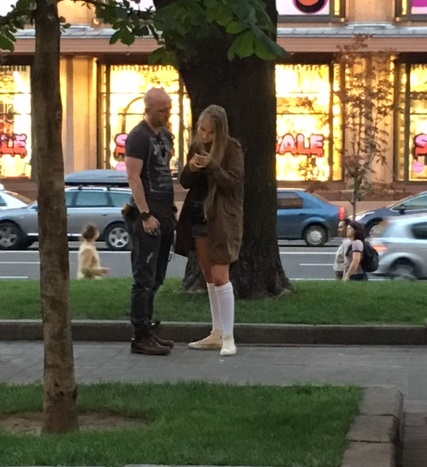 A blonde bird, into me

A pint and a half later and it’s roaring hot. I see a brunette walking the opposite direction dressed in tight shorts and a striped black and white shirt like my hometown football team. She’s dawdling, about as slow as it’s possible to walk while still calling it a walk. Her feet glide along the pavement, her hips are swaying and her head bobbling. Tick, tick, tick, she’s in my sweet spot. I’d say “I give chase” but it was like the hare catching the tortoise.

She stops immediately and looks up expectantly, a smile on her face. Later she’d admit to me she was walking around precisely in the hope someone would talk to her. That’s what the girls of Khreschatyk are like, and why it’s a nightmare for false positives. I step in on her and run my patter.

“You look like a wrestling referee” I say, searching google images on my phone to show her.

She eats it up. Emboldened, I step closer and begin talking directly into her ear. She doesn’t flinch at all. Doesn’t step back. If anything, I feel like her heart skipped a beat. So now I blow into her ear as I talk, then pull back a little to look into her eyes. Then back to her ear, nibbling it as I cup her cheek with my hand on the other side. Astonishingly she takes it.

“What a moment” she squawks, and fans herself, smiling.

I can’t remember much about what else I did but it was close to molestation. We are standing crotch-to-crotch and I’m breathing out of my nose onto her forehead. There are many silences. The rest of the world doesn’t matter. Finally she tells me she’s meeting a friend so she we swap numbers and off she goes.

I return to Team Krauser with a big grin on my face. That was it – that’s why daygame is so maddeningly addictive. I just can’t go from zero to 100mph so fast and so unpredictably any other way. Then the texting starts.

So far so good, I just have to wait out her logistics and hope nothing goes wrong. I put her into a holding pattern but then she pipes up. Evidently she’s starting to wonder if I really am the bad boy she’d hoped for.

So as you’ll see I noted what she wanted and gave it to her, though I couldn’t help messing with her first. After the Captain Caveman photo I sent her a proper portrait picture of me (which I didn’t screencap for this post). Often girls give you static because they aren’t so interested or don’t respect you. In this case, I think she wanted ‘the rub’. I sense there’s something going on in the background I don’t know about. Is she wasting my time to get her kicks over Viber or is this a seduction proceeding to the bedroom? I wonder.

She seems keen but then leaves town a few days and we are back to the usual pinging. Finally she agrees to come out, strongly hinting that she’s coming to fuck [2]

I’ve described that date here. It was a topsy-turvy day where I nearly got laid three times but had to make do with just one notch. The next afternoon she messages me and we arrange to meet later that evening. There’s no pretence it’s anything other than fucking. We walk to a grocery store where I buy wine and she piles some bananas and apples into my basket, then we walk to my apartment. She chops up a fruit salad and feeds me while I play Ghost Recon Wildlands on my laptop [3]

Finally I lift her onto my lap and we make out. Very soon after that I’ve got my dick in her ass and some extremely good sex ensues. I dare say it’s the best sex I’ve had all year. Great stuff. Thank you Kiev, you always pay off at the end of my trip! 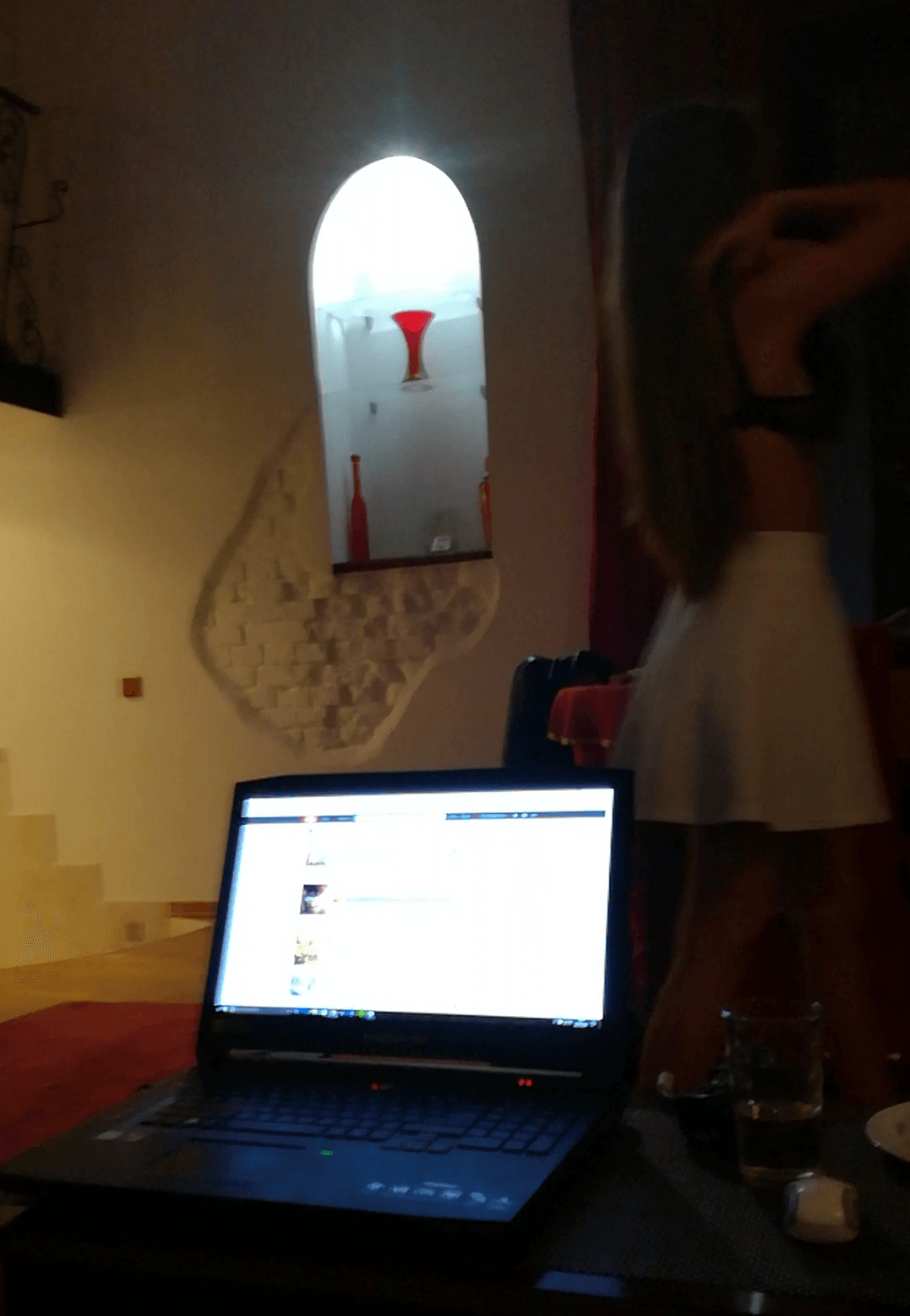 If you like this kind of daygame thing, you’ll probably love my new textbook Daygame Infinite once I’ve actually finished it. Doing a final edit now before sending it to a professional editor

[3] A tremendously under-rated game. It’s the best parts of MGS Phantom Pain, Splinter Cell Blacklist and Far Cry 4 mixed together. I’d go so far as to say it’s the game MGS5 should’ve been, had Kojima actually been allowed to finish it.