The manosphere has locked itself way in an isolated wood cabin deep in the forest, introspecting deeply. Roosh recently declared it lost. Danger & Play is taking out the trash. Vox is tired of the attention whoring. I suspect there will be a purge and reboot that takes the manosphere back to the male-only space it was a couple of years ago. For my own part I have no tolerance at all for women speaking out of turn nor whiny bitch men and internet alphas. I keep my blog on-message and that means improving your life and making a dedicated effort to bang more fine young fillies. With this in mind I’ve sought guest posts from two guys who actually fuck hot women. Surprise surprise you don’t see these men menstruating all over the internet about how women are bitches. Steve’s post is here. Now let’s turn to another 150+notch self-made man to offer an outsider’s view of the manosphere….. These are words from a man who banged three new girls in the past seven days (I was next door for two of them)… Take it away Tom…. 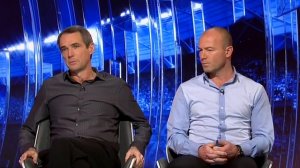 There’s a good reason why top sports commentators are ex-pro sportsmen themselves. Years on the field, in the ring or inside the scrum have made them masters at their sport through ridiculous amounts of repetition, muscle memory, direct feedback and internalised technique. They’ve won their trophies, they have replaced skill with art, they’ve slaved at the coal face long enough to deserve their diamonds. Success tastes sweet precisely because of the hardships endured and lessons learned to get there.

Now take a look at the Manosphere. Blog after blog, comment after comment, by guys who’ve swallowed the red pill but complain that it tastes bitter. A painful divorce, a difficult run of relationships, one cunning girl who exploited provider tendencies – any of these things and more can trigger men to grab the medicine bottle and shove the red pill down their throats. What they didn’t do was read the health warning on the side of the red pill box:

WARNING: for this pill to work, it must be swallowed with a plentiful supply of action. Failure to take action will lead to the following side effects: bitterness, anger, keyboard jockeying and hate. 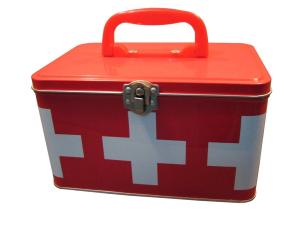 Action means having to be “in it to win it.” To learn how to play tennis, you could read every book on technique out there, follow every tennis match on tv and learn past statistics for every tennis match ever played. But until you, yourself, pick up a racquet and face an opponent on a court, you won’t be able to play. A serve hitting you in the face is going to hurt. To be good at a skillset you need to fail. Lots. Again and again. It is this direct feedback that produces the muscle memory. A true understanding of Game can only come from “on the field” – it’s an experiential subject, much like a sport or a technical skill. That means thousands of hours of face-to-face interactions with women, usually over the period of one or two years. Not blog-to-blog hypothesising and debating with other bitter men online.

I’m not bragging when I say that I didn’t know what the Manosphere was until after my 80th daygame lay. Krauser’s blog introduced me to the concept and I was intrigued, although alarmed at how much online negativity and hate was involved. Same thing for the online PUA forums where keyboard jocks not only failed at taking real-world action, but amplified their woes through flame wars and bickering. An academic understanding and interest in Game is a comfort blanket, a shelter, which however leads to a sense of frustration about not playing it. Disappearing up your own arse in hypotheses and online debates is just another form of avoidance to taking action (which usually comes down to approach anxiety).

Log off. Close your laptop. Disconnect from your online life and hit the streets and bars to learn how to be social. The girl in front of you is a mirror to how you’re doing – her reactions are feedback that is worth a million times that of a commentator on your blog. Actions speak louder than words. Right now as you’re scrolling through post after post, there’s guys dragging hot girls into parks and toilets. The litmus test to whether you’re Sigma or Gamma is simply: do you spend more “Game” time offline or online? 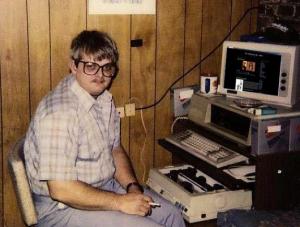 The Gamma Manifesto, balling it with dimes

But Krauser has a blog? You write for a website? Isn’t that hypocritical? Remember the 90-10 Rule. 90% action (interactions with women) and 10% theory (blogging, commenting etc.). Any question you leave on a blog should have already been field tested by you at least five times. The reason Krauser and I don’t blog more is that we’re always outside, refining and tweaking our skillset on the streets. That’s not blowing our own trumpets. That’s a kick up the arse to get you doing the same.

When swallowed with action, the red pill becomes delicious and life-affirming. Its magical effects are beyond my wildest geek boy academic dreams. Read my journey from Oxford nerd to street seducer in my book Daygame. 100 lay reports, 464 pages, paperback.