As you wander the streets of your hometown have a look around at the normal men and ask yourself “do they understand the concept of Value?” Generally, the answer will be no. They’ll have ill-fitting dad jeans, white trainers, those strange shapeless box shirts with garish checked patterns and a haircut like Des from Neighbours. 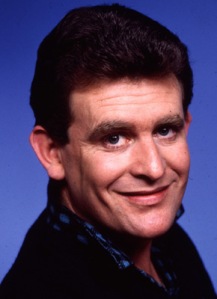 At some point in their teen years their dad should’ve sat them down and said “son, this is what makes you a high value man….”. Their dad failed. Likely his dad had never sat him down for the value chat either. So we have a legion of chodes whose every signal screams low value and unsurprisingly the women ignore them. Perhaps that was you. If you’re reading this then likely you never really fitted into the blue pill world. You never quite dressed the same as the chodes, you probably had a problem with authority, and you probably tended to go do your own thing and fuck the world. So much latent alpha/sigma energy trapped inside without any guidance on which direction to release it. Then you discovered Game and it was like the value chat your dad never gave you.

I sometimes trawl the manosphere curious to read other player’s journey blogs. The quality varies widely but most share common themes of which a man discovering the concept of value and how to unlock / build his own is central to all. It’s a bumbling stumbling journey at first. Concepts never fix the first time you encounter them. Like a newly-speaking child grasping irregular verbs you tend to overapply and misapply the rules before figuring it out. One of the hardest rules of value to grasp is the distinction between internal and external value. Once grasped intellectually it’s even harder to believe in emotionally.

I’m often asked, usually by angry gammas, “what value are you offering the girls? you are barely employed, not good-looking, you don’t marry them.”

This question only makes sense to a chode. Once you grasp internal value, what I call Personal Charismatic Value, the question answers itself. It’s at the core of the Lover / Provider dichotomy and The Great Gatsby is a great example of value done wrong. 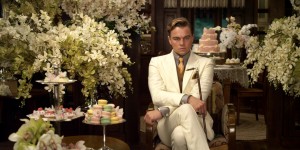 Gatsby is an ambitious delusional man from humble beginnings, his childhood spent aggressively reality-weaving his own mythology while living in a dingy shack. At the first opportunity he leaves home seeking…. something. The man is completely obsessed with external markers of value such as status, money, power and acceptance into exclusive social clubs. These are the things he was excluded from as a boy so from the outside looking in they seem to him like the real source of happiness. In local vernacular we’d call it a chip on his shoulder born of a nagging sense of not being good enough. “If I can only become that, I’ll be happy.”

This deep insecurity and self-loathing causes him to set up a false idealised self. If only he can become the Big Man people will accept him and then he can accept himself. He must swim through a sea of external validation in order to feed his false self – a grandiosity shark. He wants it too much so this causes tremendous cognitive dissonance between his repressed self-loathing / current position and his targeted future self. Just as with physical pain when men experience severe mental pain their moral code bends. He latches onto an eccentric millionaire during a chance meeting and then he’s off and away.

Five years later he’s Jay Gatsby, the richest and most connected man in New York. His life is one massive DHV. Exclusive parties, hobnobbing with senators and mayors, custom sports cars. beautiful girls….. and he never misses a chance to tell people he’s arrived. His history is rewritten into a personal mythology of greatness. He is living the dream. The high value lifestyle.

But of course he’s a deeply unhappy man and his life is a charade. A Potemkin Village.

He has acquired all the external trappings of value without once digging deep to root out and destroy his inner demons. He has poor boundaries, fake rapport, low self-esteem and a barely suppressed rage against the world. Leonardo Di Caprio plays it beautifully to bring out the fundamental creepiness of his sham life. As an audience we are whisked into his (fake) reality via the audience identification character / empty vessel Toby Maguire. Gatsby is qualifying hard. “Look at me, look how I live! My life is so amazing!” Barely a minute goes by without dropping a grotesque DHV.

Unsurprisingly he has oneitis for some used-up tart. She represents the acceptance he can never give himself. If he can make Daisy love him again he will feel loveable. If she can deny her love for Tom then it will prove Gatsby is special. His whole reality and self-image is determined by Daisy’s evaluation. He breaks the central rule of inner game: Be more invested in yourself and your opinion of yourself than of other’s opinions of you. Most manosphere writers have brought out the movie’s lessons on female nature and oneitis. What interests me is the parallels with an intermediate player.

Gatsby worships external markers of value. He is externally referenced. He is the ultimate expression of acheiving the high value lifestyle but he’s still a chode who gets tooled by a girl.

It took me a long time to figure it out. Little pieces dropped into place over the course of two years. At the risk of becoming a parody of the Grandiosity Shark I just outlined, let me recall some of the key moments that let me shift from the External Value frame to the Internal Value frame:

And then the single most important piece was slotted into place last summer when I had a one-week holiday visiting my ex-GF who was the most trophy-like of trophy girls. She’s a famous actress (always sex-siren roles) who was courted by a prince of Dubai and prior to me was dating the most eligible leading man in her country’s movie industry. She is hounded by paparazzi, on TV talk shows and magazine front pages. One of her orbiters is a billionaire industrialist who throws ridiculous parties on his giant yacht. Think Megan Fox or Jessica Alba in her homeland. One day while we are eating breakfast on her balcony (yes, she cooked for me all week) she looks thoughtfully into the garden and says :

“Nick, you have the richest life of anyone I know. You are so free, so happy. You can do anything you want. I wish I had that.”

As my haters correctly point out I am barely-employed, bald, average-looking and all my worldy possessions fit into the one tiny room I live in. I have few external markers of value. Yet I get SMV-prime hotly-contested women. Not everytime but enough times to know it’s a real phenomenon. Why?

The very fact that I’m a man with testosterone in my system and a dick in my trousers means I have value to a woman. Then you add self-acceptance. I like who I am and how I live. Build on top of that the cornerstone characteristics of masculinity. Lastly, add the technical competence of Game in how to talk to women. That’s all the value you’ll ever need and it’s massively more value than external props can ever give you.

Good is the enemy of great. Beware the intermediate player trap. I read guys banging on about how they are trying to build up an eco-system to meet women (fashion photography, nightclub host, DJ etc) and think “sure, it’ll get you laid a little but at tremendous cost”. It still won’t help you crack the top tier because there always comes the moment when the girl looks deep into your eyes and reads your soul. Without internal value, she’s gone. Well, the top tier girls are gone. I read guys banging on about how they’ve cracked into higher social circles and I think “chip on your shoulder, externally referenced”. There are no higher social circles. I’ve spent a little time in them and once you strip away the fame, the money and the yachts they are just people. Often unhappy social climbers clinging to the greasy pole. They are no happier or cooler than people you can find sitting in Hyde Park eating cheese sandwiches from Greggs. Believing that this is a higher form of living is just strengthening your ego investment in external trappings as value and that’s a road to nowhere.

Real value is not found in VIP rooms and party invitations any more than it’s found in having 74 likes on your Facebook status. Trying to be the guy on the cover of Neil Strauss’s book is a fool’s errand. The Great Gatsby does a great job in teasing out this lesson. For as long as you focus on external value you’ll remain Provider Chump. For as long as you are climbing the greasy pole of social elevation you’ll have a chip on your shoulder. When you have internal value, Personal Charismatic Value, you need nothing more than the shirt on your back. YOU are the value. To the people in your life that is real value.