What is really stopping a beginner getting laid?

Imagine you walk into a nightclub and you’re the tallest, coolest, best-dressed, best-looking man there. Before you’ve even ordered your drink, girls have checked you out and thrown out shy smiles. You pay the bar tender, turn around and post up while gazing over the dance floor. Within moments a couple of girls are sitting on the bar stools near you to order their drinks, even though the entire length of the bar is free. It’s almost as if they are waiting for you to say something. A pair of girls on the dancefloor reposition from the centre to the outer extremity nearest your perch – one of them with her back to you, her gyrating hips drawing attention to her ass.

You sip your drink and look like James Bond for half an hour. Soon, the most enterprising girl dispenses with the charade and just comes up and says hello, finding a bullshit excuse to compliment something you’re wearing. Every time you stop talking she finds a way to continue the conversation. Finally, you suggest going somewhere else and she eagerly agrees. You take her home and fuck her after the most perfunctory LMR*

From reading this, you’re instinctively shaking your head. “This isn’t game. This is just letting girls choose you. Lucky for some!” But why do we know it’s not game ** 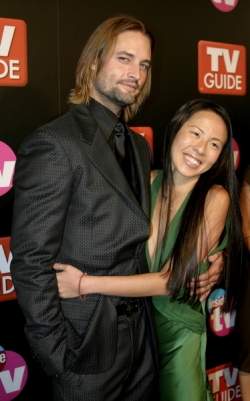 Tight game, mate. You should post about it on RVF

It’s because this scenario completely bypasses the two biggest problems every normal man will face when doing game: Approach Anxiety and Attraction. These are the two killers that stop normal men banging pretty girls ***

Approach anxiety exposes you to the risk of rejection, and that carries a cost. In the worst case the girl will attempt to publicly humiliate and shame you for having the audacity to talk to her. That’s extremely rare in daygame (especially among non-native-English speaking girls) but you will get the occasional hand-waving eye-rolling “go away little man” blowout. It’s a far bigger problem in nightgame where girls are more keen to protect their social status by publicly rejecting men “below her class” and there are more people watching who may snigger or at least notice it (and you’re still in the club with them for several more hours).

Nasty blowouts are pretty rare but even kind blowouts can rattle the beginner because he’s simply not calloused against rejection. The reason this hurts is Assessment Anxiety. Like I explain in detail in Daygame Mastery****, AA is really caused by low self-esteem. Beginners know they are not very attractive to women but don’t like getting their noses rubbed in the fact. Taking your first steps on the cold approach journey means stepping out of your rejection-free comfort zone and exposing yourself to the unpleasant truth – you just ain’t all that.

Which brings us on to the next fact – most men are not attractive to most women. Does this sound harsh to you? Surely you find most young women reasonably fuckable and you wouldn’t instantly dismiss them, so why are girls so fast to dismiss men? Well, just think about this – how many women over forty did you check out today? How many fat girls did you check out? I’ll bet it was none ***** The truth is that most women are not attractive to most men either. We have exactly the same cognitive bias that women have…. namely we only really notice the members of the opposite sex that are near or above our attraction threshold. Everyone else is almost invisible.

This is a big problem in daygame. If you are unattractive to most women, then most of your cold approaches will end in rejection. This is doubly ****** true if you are aiming for a solid YHT quotient.

So we are getting at the crux of what makes game tough – you must conquer AA and you must make yourself attractive enough to draw the girl’s interest. These are very difficult to do and will involve considerable mental anguish and expended self-discipline as you climb the mountain. It will always be tempting to avoid it entirely and go back to scraping the barrel.

This is why there’s a world of difference between choosers and the chosen.

* If you then post on a PUA forum about your killer game, it’s almost certain you’re a white man in South East Asia.
** It’s “getting laid” which is still a good thing, but calling it “game” is like calling rap “music”
*** The opening scenario bypasses them because it’s using the “2-3 points below my SMV” trick. As soon as you aim that low, game is utterly unnecessary. You just smile, escalate, extract.

If you liked this combination of words and pictures flying over your head, you should see my book.