Pook
September 8, 2006
Pook's Mill
These are the total sales in America for last month of August according to NPD. 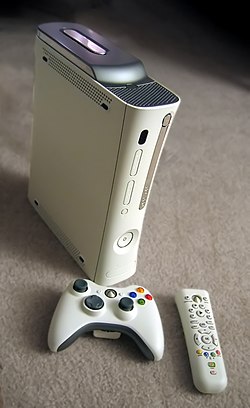 A few of the games:

Madden is probably the biggest franchise in the United States.

So what to make of these sales? Well, there is no handheld contest. GBA has outsold the PSP for this entire year. DS is outselling the PS2. What is interesting about the DS is that its third party sales are now much healthier than than the PSP's. There is no more handheld war anymore. DS won.

For the consoles, what to say? The PS2 is still doing strong. But the real story is the Xbox 360. All together, the Xbox 360 has sold around 3.5 million in America (it's strongest market). It has bombed in Japan and its European sales are not too good. Its software sales are awesome, however.

There is a war on the Wikipedia page about the Xbox 360's sales. In their comments page, fans are saying that the sales are really 5 million because of certain Microsoft financial statements. But the other side of the debate on the comments page is that the actual sales charts show a much different number: around 3.7 million worldwide. "How can their be a debate on those sales numbers?" you ask. Well, a console company doesn't sell their console to the customer. They sell them to the retailers and get their money from them. The retailer then sells the console to you. So the number that a console company sells will be more than the actual sales to customers. If we estimate up, we have 4 millions Xbox 360s in the hands of customers. Probably a million of them in the world sitting on store shelves which then adds up to the total five million in Microsoft's financial statements. Also, there isn't any way Microsoft will sell 10 million by the end of the year.

I hear that one of the main reasons Sega went bankrupt is that they (and their awful accounting) confused those retailer sales with sales to actual customer. So when their Saturn launched, Sega was overjoyed with the sales and popped the cork. No joke. It helped lead to the company's demise in the hardware market.

More frequent updates are coming soon. Don't mind these game industry posts. If someone told you that the (first) Ipod was going to come out and clobber the Walkman and, thus, disrupt the music industry, would it not be fascinating to watch it happen from a more business detail perspective? I'm pissed that I missed all that.

I suspect a similiar wild upset to occur in the games industry. I don't play games (like a normal gamer would) and haven't owned a console since... the Genesis. I'm just sitting back and watching. One unique thing about the games industry is, unlike other industries, young people have turned the 'console wars' into a type of sports game. Their 'team' is a console company (be it Sony, Microsoft, or Nitnendo) and they root for that company to 'win'. They do their damage control, their propoganda, their insane arguments with one another, and my favorite: their photoshops. It is quite entertaining in a strange sort of way.

I have been watching the analysts totally get this industry wrong. Only one analyst has gotten it right so far: Merrill Lynch. Reading this report is almost prophetic about the PS3. The $900 and year delay are accurate (Sony is eating some of that $900 cost for their $600 retail price). Interesting, in other reports, Merrill Lynch says that the Wii will be $200 and, oddly, that users will prefer Xbox 360 over PS3. Here is another analyst explaining just how wrong he has been. He admits to being stunned by the DS's turnaround, the stalling of the PSP, and the general flat sales of the Xbox 360. For the past year, we kept hearing about the 'war' between Sony and Microsoft from the analysts. It was curious that Nintendo wasn't even mentioned. After E3 2006, things apparently began to change. Now, Patcher says that "Wii is going to crush". It may be the only console that doesn't screw up its launch. If Nintendo is able to sell all 6 million consoles by March, it would have surpassed the Xbox 360 and probably the PS3's. "How can that many be sold?" Japan's craziness is one of those reasons.

Speaking of Japan, I haven't bothered putting up those sales charts since they say the same thing: DS at like 160k, every other system at 20k, games in the top ten are mostly DS titles. But one interesting thing going on there is factory problems. FF3 is having problems being reprinted as Square greatly underestimated demand. There are shortages of DS related anything throughout Japan. With the PS3 launching with only 100,000 units in Japan, I don't think it will ever catch up to the Wii once it is released. The big issue with the games industry is that Nintendo has adopted the Apple business model for the Wii, including the Mac font. "Why are they doing that, Pook?" Sony's Walkman was once seemingly invincible, look what happened. Nintendo noticed this big time and looks like it is trying to emulate that Apple strategy against the Playstation. Will it work? Who knows.

Here is something that has boggled my mind that someone brought to my attention. Why would someone tak about the console war in a sex article? Look at the first sentence under 'Medication'!

Ever since I've been anti-Matriarchy, I find those askmen articles to be more worthless than ever. Funny how when you change, other things change as well. The information and writing seem so shallow now, almost femine.

Due to the launches of two consoles coming up, there may be more of these 'game industry' updates (but only if something major like that PS3 shortage in previous post). Now before we go back to the good anti-feminism and Mill stuff, here is some good software birth control: