What Law Hath Joined Together... 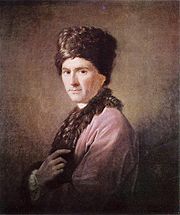 Mirror's link to a must read article already covers the good commentary. I'll see what I can add.

For the moment, while the Federal Marriage Amendment is moved to a back burner, it's a good time to heighten our awareness of a broader menace. Same-sex marriage is a symptomatic threat to families, compared to the more fundamental effect of "no fault" divorce. “Commentators miss the point when they oppose homosexual marriage on the grounds that it would undermine traditional understandings of marriage," writes Bryce Christensen of Southern Utah University. "It is only because traditional understandings of marriage have already been severely undermined that homosexuals are now laying claim to it." Michael McManus of Marriage Savers writes that "divorce is a far more grievous blow to marriage than today's challenge by gays."

It is true that the same sex marriage is emerging from the wreckage that is already marriage. But here is the question:

"What is the difference?" Society and Government are not the same. I do not have to go to a court to get a license to make a friendship or to reproduce. So why is there a license for marriage? In short, why is the marriage a matter of law at all?

When people complain of society becoming politicized or feminized, a better term might be Rousseau-ized. Jean Jaques Rousseau, critic to the Enlightenment, believed that the government bestowed its citizens with rights based on the so-called will of the people. Rousseau accepts that Mankind is of total inertness in the presence of legislators. The legislator, to Rousseau, is "the mechanic who invents the machine".

Rousseau's ideas are not compatible with U.S. system of government as the Declaration, and most people, accept people have natural rights and aren't "granted" them by wise politicians. Nevertheless, Rousseau saw the politician molding people like a potter molds his pot.

This infection of Rousseauism is the root of Feminism and even the no-fault divorce. Rousseau believed that society was artificial so there can be no such thing as natural such as friendship, family, marriage, or anything else. Feminists, as we know, do not believe in nature, both in biology and in society's nature. To a feminist, there is no 'natural' order. It is all artificial. This is why feminists believe passing new laws or controlling education in schools will result in changing society (unfortunately, society keeps insisting on reverting to its natural form. Poor Human Nature!).

Aside that society is all artificial and ought to be shaped by law, Rousseau's biggest infection has been the Social Contract. Since Rousseau thought there was no such thing as natural society, that artificial society would be obtained by everyone performing social contracts. It sounds good in theory until you realize that each of these contracts contains the teeth of law. This means instead of having a happy utopian artificialized society, we have law everywhere and anywhere.

The main complaint of marriage by men is that it marries you to the State. This is true. Marriage, which has become nothing more than a legal contract, is flushing law into your life. Now, you are no longer free. You are tethered, by law, to the state. Since marriage became nothing more than a contract, the same-sex "marriage" came about since marriage is now the contract, it now has nothing to do with the two people in it. It is annoying that when people talk about the institution of marriage, they refer to the law and not to the two people which is, supposedly, the reason why that 'contract' exists in the first place. I expect this 'contract' to be expanded to three people. Then many. Brother and sister will marry because it is only a contract and has no relevance in a natural society. (Keep in mind I am not spelling D-O-O-M, only what is the effect when marriage is seen as nothing but a contract).

My biggest disapointment has come from the religious. Marriage is one of the seven sacraments. Could you imagine churches allowing a law to determine whether or not you have been properly baptized?

But now that we concern ourselves that marriage has been destroyed by the adoption of Roussea's Social Contract as the definition of matrimony, the following will make more sense...

The divorce industry has, in affect, rendered marriage a fraudulent contract. While the dissolution of families affects the health of the entire society, parents and especially fathers must demand that marriage be made an enforceable contract. "No fault" divorces granted by family courts also confront church leadership, not only along lines of morality, but as it touches on the validity of their ministry. If marital bonds can be dissolved by government officials with no grounds or agreement between the marriage partners, the sanctity of a wedding ceremony is subject to disregard. Unless marriage is an enforceable contract, there is little point in preaching trust in it. It is not surprising that ever fewer are willing to marry while the marriage contract offers no protection of family, children, homes, or privacy, even to the extent of life-threatening impositions. It is one thing to tolerate divorce. It is another to allow government to impose it on unwilling spouses. When courts stop dispensing justice, they must start dispensing injustice. There is no middle ground.

What surprises me is how much I disagree with his 'solution'. The author of the article wants the contract to be 'enforcable' (HELLO? WHOM is going to enforce it? The State!). Nothing changes with his solution. An 'enforcable contract' still places marriage in the middle of the court room, and chains the State to your life.

By removing marriage from the greedy hands of the Law can you ever hope to take marriage back into society where it belongs (rather than the political kingdom). Whenever the marriage is seen as a matter of law, the State will own the marriage. This is why I believe the author is totally off the mark by recommending a stronger enforcement of the 'contract'. It is the confusion of marriage with the Social Contract that has caused marriage to be something you tie together and undo as simple, and frequent, as tying one's shoes.

Naturally, men avoid this legal leashing to the state. They see it for what it is. Just as naturally, men go off to enjoy their lives and deal with women outside of the matters of law.

We don't need a legislature or judges to fall in love, have children, have a loving family, to build a home, or to be happy with the fruits of life. So why do we need legislatures or judges for marriage?

If I said: "A family is not a natural thing. It is artifical. You must go recieve a license from the state to call you, your spouse, and your children a 'family'." You would think I was mad! But this is how everyone talks of marriage as if it is nothing more than a legal rope to 'tie' ourselves together. What is most disturbing is that this context of marriage, as some artificial contract created by the almighty state, is believed by everyone, including those 'fighting for the family'.
Previous Next