You are not a god 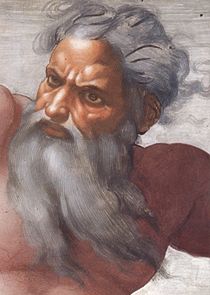 Aristotle said that man is a social animal. (In other words, man creates families, cities, concerts and other fabulous things.)

But what if one becomes extremely individualized? By individualization, I mean cutting off one's family, mocking Nature, and marching to the drums of rhetoric from quacks. Aristotle answered that such highly individualized beings are either gods or beasts. (Keep in mind that in Aristotle's time, the Greek gods were the religion.)

Arrogance of the soul is the cause of disasters such as feminism. Many women literally believe they are 'goddesses'. Like an ancient Greek god, they believe they are above Nature itself. "I will do all these wonderful things!" she says, which the 'wonderful' usually means a new pair of shoes, a bigger house, and a more glitzy car. She believes she is 'beyond' the gender known as 'female'. "I am a strong woman," she proclaims. "I write worthless poetry and dream of an empty glamourous life." (OK, she doesn't say 'worthless' and 'empy', I couldn't resist typing that in). She literally lives her a life in the World of Image, trapped within Maya.

Men, trapped in the Matriarchy (i.e. the Maya), fall under a similiar spell. As their soul becomes arrogant, they become more deluded, more easily fooled by the images. They imagine themselves gods with their notches to their bedpost, working a grand career, or some other materialistic trapping.

I tell them, "You are not a god." This, they protest. "I too am a god," they proclaim. "See how wonderful I am?" They may or may not have worshippers. This may explain why many people (especially women) worship celebrities as, to them, they appear like gods. They are the center of the swirling storm, the spinning disc of Maya (the illusion).

And no, I am not trying to be funny. People literally think they are gods and goddesses. If a religion is not what they desire, they can easily re-write it so they become god-like in it (one of the reasons why people, especially women, love the occult and trash like the Da Vinci Code).

But if Aristotle is correct, then the other swing is the beast. These self-seen gods and goddesses are, actually, nothing more than beasts. You think you have a 'grand career'? No, your purpose is to make the owners rich. You think you are the star of the world just because you have a 'wife'? Or have you actually become a beast of burden? We work hard and then play harder.

All manipulators are armed with descendant fruit of the Tree of Good and Evil. Get *that* girl or *that* career and you will have paradise on Earth. Whenever we see ourselves as invincible and god-like, we have a veil so tight around our eyes that we cannot see the truth... that we were acting like beasts.

The only way to be free from being Human is to become a god or to become a beast. Let this be a reality check, you will never become a god. People will often attempt to trick you into thinking of how 'wonderful' you are, but this is so they can use you as a beast of burden.

The Matriarchy is about one promise: freeing us from being Human. To females, it promises them freedom from being a woman. To men, it promises freedom from being a man. To glorify this promise, there are exciting images to see from movies and television, many dumbed down books and universities to let people have the image of being smart, and the ever present image of materialism promised by an endless parade of commercials.

So this is a friendly post from your neighborly Pook to remind you that, "Yes Virginia! I am not a god! I am, instead, like an actor on a stage of Nature. So farewell folly-filled pompousness that had me thought I would become god-like in image, influence, and intelligence." You nod to the stage director, "His name is Time, and he, alone, determines when the play will end. But what I do on this stage is up to me."

'But Pook! Where are those arrogant ones on the stage?' Friend, they are TOO CHICKEN to come onto the stage of Nature, Life's Play, and act. They live out their narcissism in their bizzaro-world of illusions and never become who they are. So no matter how much you stumble up there on that stage, you are taking real steps in life while the fools take false ones.
Previous Next