How To Be More Charming

Dating advice neglects one of the most attractive qualities a man can have. Charm. Charm goes against so many of the values pickup artists teach, because charm is a quality of agreeableness and even niceness.

Being challenging and creating sexual tension can work, but there’s an easier and more effective way to win women over. Learn to charm her, to make her feel good about herself. Women don’t care how cool you are, or how cocky your comedy is, they care about how you make them feel; and that’s exactly what a charmer focuses on.

Being charming isn’t exactly the same as being nice, charm goes further, charm is about more than just niceness, it’s about validation. And when combined with enough confidence, charm will make your personality addictive like a drug.

To be charming is to make people feel better about themselves for having met you. A woman who had dinner with the English politicians Benjamin Disraeli and William Gladstone captured the essence of charm when she said, “When I left the dining room after sitting next to Gladstone, I thought he was the cleverest man in England. But when I sat next to Disraeli I left feeling that I was the cleverest woman.”

We all have a divide between who we are and who we want to be, to be charmed is to be made to feel that you already are who you want to be. What could be more powerful than that?

The Power of Listening 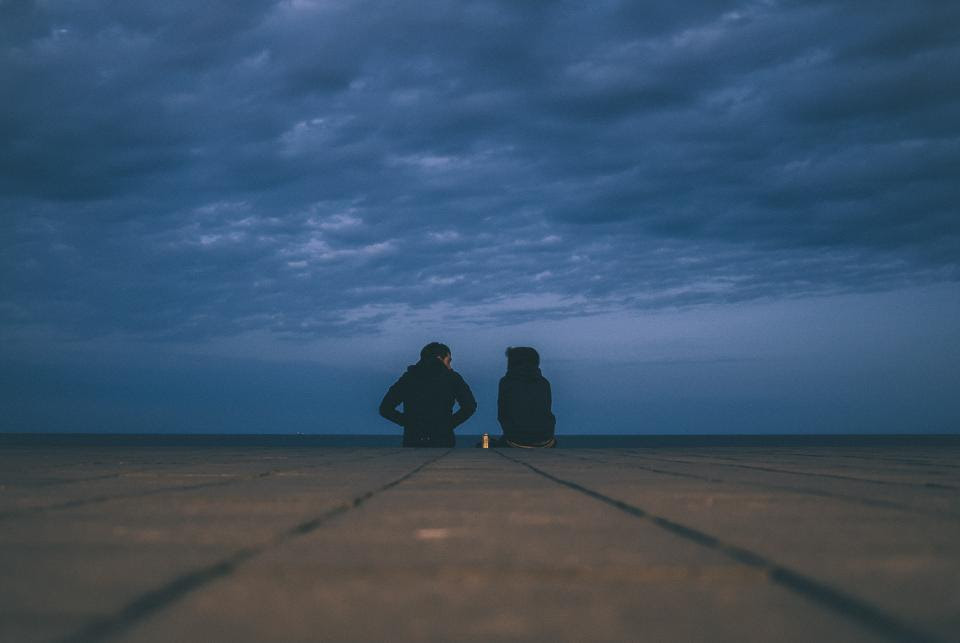 We all make this mistake. And it kills any chance you have at being charming. You’re having a conversation with someone, they’re droning on about themselves, and you start thinking about what you’re going to say next. This is because you’ve lost interest in what they have to say and you’re turning your attention to something more compelling, yourself.

We all do it, and it’s completely natural to do this. But the rare person who turns this dynamic on its head will have a magnetic effect on everyone they interact with because it’s so rare to feel like someone actually cares about what you have to say.

It’s hard to market good listening, you’re never going to see a video product that teaches you how to ‘make her drip with desire using your listening skills’, but listening is one of the most powerful tools there is.

Bill Clinton’s a great example, he’s known for being extremely charismatic, and although he is a good public speaker, what people noticed most about him was how he gave them his undivided attention. Simply giving a woman your undivided attention and being genuinely interested in what she has to say will make you stand out from most other guys who are trying to show her how cool they are. Instead, make her feel like she’s interesting, show her that what she has to say matters to you, and she will be charmed.

Second, develop patience. Our natural tendency is to think of the next thing we’re going to say while someone else is talking, we use their jabbering as an opportunity to set up our next interesting comment. If you kept track of how often you interrupt a person between sentences even though they’re not really done talking, you’d probably be surprised. Instead, make a habit of intentionally pausing for a moment before you speak. This forces you to develop patience, to learn to take your foot off the gas and take a moment to absorb what your conversational partner has to say. It will also make the women you interact with feel listened to, because they can tell you’re not just waiting for your turn to speak, you’re actually listening.

In conversation, take the mindset that you don’t matter, your whole goal in the conversation is to make the person you’re talking to feel good. When she finishes speaking, ask follow up questions, if you can’t think of anything, you can always use the classic, “Tell me more.” Don’t relate what they’re saying back to you, keep the focus of the conversation on what it means about them and their life.

She already knows she’s beautiful, tell her something she doesn’t hear every five minutes.

Charm is more than listening skills though, it also means giving people the feedback they want to hear but haven’t been given. Tell a model-looking girl that she’s stunningly beautiful and she will be flattered, but tell her that you admire her intelligence or creativity, and that you want to know more of her ideas, and she will be charmed.

Validate women on what they aren’t confident about. Imagine how you would feel if a woman told you (in a non-sarcastic tone), “Wow, you have a really attractive personality, you have this animal magnetism. I bet you have to fight the girls off! How could possibly be single? You’re probably the most attractive guy in this whole club!”

Even if she wasn’t particularly attractive, you would feel amazing after hearing this feedback, and even though you might not want to sleep with her, you’d be a lot more likely to want to keep her around.

A very charming way to compliment a beautiful woman is to say something like, “You’re kinda funny looking, I bet you don’t get hit on a lot, but I bet when guys start to talk to you, they become really interested in you, and probably end up asking you out because you have such an intriguing personality.” (To be clear, if you say this to a woman who isn’t confident in her physical attractiveness, it won’t have the effect you want it to.) But if she is, she is being complimented on what she really cares about, who she is as a person, not what she looks like.

Imagine being a beautiful woman and every one seeing you as having value for something that was largely a genetic lottery, something you didn’t choose. It would feel somewhat dehumanizing at times, and you would put a lot of effort into showing the world that you have value to offer beyond your physical beauty.

Unfortunately, most men would focus on and give attention to you just for you beauty. But the rare man who dismisses your beauty, and is interested in your personality would have a powerful effect on you. They would be offering you something that you deserve, but rarely get; recognition as an interesting and unique human being, not just some kind of work of art to be gawked at.

To make your compliments doubly effective, paint a picture. For example, if I told you, “Wow, you’re really charismatic.” That would be validating certainly, but imagine if I said, “Wow, you’re really charismatic, you should consider public speaking as a career, I could definitely imagine you giving Ted Talks.” This would be far more powerful, when I tell you this you actually imagine yourself as a public speaker, it lets you fantasize about the picture I’ve painted.

You can create a scenario for most compliments, if she’s funny, tell her she could be a standup comedian. If she’s passionate about something and hard-working, tell her she should start a company. We all love to fantasize, use this human tendency to make your compliments extremely charming.

If you want to develop your charm rapidly, make a point to give a genuine compliment in every interaction you have. It doesn’t have to be good, the point is to start focusing on what makes people you meet interesting and unique. This positive focus will help you to break the habit of thinking about yourself while interacting with someone else.

Perhaps more than anyone I know, I’ve put effort into being more confident, charismatic, and interesting. And this effort is reflective of why charm is so powerful. Why did I want to be more confident and charismatic? So, people would notice and react positively to me, so I would feel validated.

Everyone wants to be liked, to feel appreciated, and they go to great lengths to get this validation, the charmer knows this, and they’re wise enough to reverse this dynamic and focus on making other people feel good about themselves. You want people to like you more? Make people feel charismatic and intriguing, no one but yourself really cares about how charismatic you are, but they definitely care about how charismatic they are.