Ask your psychologist if thottrozone is right for you 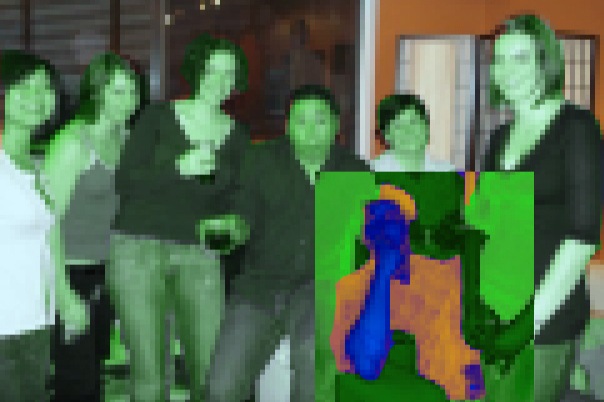 On the negative externalities of thott culture, and the lack of ownership

For those in this space who talk entirely too much about the nuances of intersexual dynamics and masculinity in modern society, its very persuasive and useful to personalize the issue in order to better articulate the problems for men, and see how it changes the conversation. We have a seminal work of a man who went by the pseudonym Muff Man Mike, which really distracts from the seriousness of his post. It’s been on the must-read list of any aspiring man in this space. The purpose here is a little more top level than usual, but as a society, we really would benefit from the ownership of the consequences of the choices we have made.

In this case open thottery by most women, and a handful of top tier men, and it’s resultant increase in anti-social men who have been jettisoned from society, with a small percentage of them willing to take as many people out with them as they can. Or my alternative titles for this, The human cost of Netflix and Chill

If you don’t know this story, M3 lays out the tragic story of his 12 years of involuntary celibacy, the complete disregard and false equivalences of the female hardship when it comes to dating, and the inability for society to see him lying there in pain and respond with anything but a boot to his neck. He then articulates how he managed to pull himself out of Dante’s Inferno and unapologetically lives a life he can be proud of.

My one wish is that this issue is examined without the polarization we see in today’s politics of left and right, where each side screams at the other saying ‘you’re wrong’ and nothing happens except a race to the bottom. You can’t expect people to come to you for help when you’re going to demonize them from the outset. That needs to stop. Incels need help. What that help is and how it reaches them is another discussion altogether. But it’s one that needs to happen to keep shit like this from repeating.

His wish, which came at the heels of the first televised example of an InCel going on a murder spree to end their personal hell, fell mostly on deaf ears. As far as posts go, as far as conversations go, he gave the most telling example of how guys in the Red Pilled sexual dynamics space are arguably the last line of defense for the kind of men that society has let continually fail, a byproduct of logically self interested motivations and freedoms by everyone else.

His reasoning was sound. If he was a woman there would be a large segment of society that would act as a social safety net for him, as a man he either had to do it himself, or to eat a bullet.

I am not, the purpose of this, not interested in the specific issue of who has it worse, what tone the solutions needs to be, and if InCel rampages are really a consequence of modern thott culture, or as I call it, or the thotpocalypse. I’m asking a different question.

To the public institutions that were tasked with preventing the failure of the citizens to which they were entrusted, why have they been allowed to abscond from their primary duty without consequence? who is responsible for this?

It is not an academic question. How many institutions have betrayed the public trust, from a male perspective, and what resultant alternatives have come about from it? Where does the accountability lie?

Only a complete degenerate, anti social first stage nihilist would argue that there is no problem with groups like the American Psychiatric Association deciding to make the bulge of the bell curve of masculinity into a disorder, and the social welfare program across the first world incentivizing the destruction of the family unit. It may be correlation not causation, but it was the system in place during the greatest prosperity boon of human history. If it required change because of societal changes, where were those tasked to govern in leading the charge towards a new, beneficial system?

And only the amorally unrealistic would fail to realize that there isn’t something psychologically wrong with a man who solves this by turning women into surrogates for sexual conquest. A real man sleeps with women, therefore half the human population is relegated to the status of a warm hole. This is apexed by the loud minority of men who took this to its logical conclusion and purchased hollywood-grade silicon sex dolls, and fully dehumanized the sexual experience.

Not permitting women the personal freedom to fuck with impunity requires explanation of how we are going to deal with the larger cadre of lost-boys who no longer opt into society, or the small minority of them with the perfect combination of mental instability and violent proclivity. And if you want to restrict the sexuality of women, or more accurately constrain the sexual options available to them, you have to explain how you’re going to get voting aged women to go along with your sexually unsuccessful redistribution strategy. Find me a woman who sacrifices herself for the greater good and I’ll find you an adams apple.

Either we are Ok with the increasing number of unattractive desocialized men who will take a miniature final solution to express their angst at a system that not only does not allow them to win, but refuses to even let them play, or we don’t. Either one we pick, we must be accountable for the consequences of that choice. For example if we are to allow unfettered, consequence free sexual activity from the majority of women and the top handful of men who are able to capitalize on it, we must also admit we agree to the rare occurrences of violence that come from the systems it creates.

Side effects of thottery may include sex dolls, excessive weed use, and in rare cases, a van running over 20 people. Ask your psychologist if thottrozone is right for you

Similarly, if you want to restrict human freedoms in the hopes of staving off said issues, then you have to show how you plan to build up those weak and unattractive men you have now forced upon women, otherwise they will just join convents. “Repeal the women’s vote” Right, and you’re sure this solution is as simple and effective as it is likely and possible?

I know most people hate deciding whether to have the train run over 20 people a year if you pull the lever, and having a bunch of chicks with miserable love lifes and social restrictions placed on them if you don’t, but that’s the beauty of this scenario, you already did.

All of us have already, and we unanimously decided that thottery, or at least the ability to opt into thottery as much as a girl would like to, is the way to go.

The issue now isn’t that a decision must be made, it already has. The issue is that we, as a society need to come to terms with the consequences of those decision. The pastor who is enabling a woman who decided getting pregnant by her drug dealing boyfriend was more important than a stable household. The judge who agreed that Mrs. Beta Bux happiness was more important than the ability of her son and daughters potential future success, or Mr. Beta Bux ability to see his children. The APA who decided that all the men who are wounded from this agreement are the problem, not the society which we curated for them.

The issue is, when a group of men take it upon themselves to address this negative externality, why can anyone with a shred of decency then vilify them for attempting to keep guys from killing themselves, or as many others as they can find in an afternoon? This space wasn’t created without the need for it. Any anger towards this space, or the men within has to stem from the understanding that every other facet of society has failed these men, perhaps that anger is a surrogate for someone who needs to believe their freedoms don’t come at a cost. That the reminder otherwise is too much to bear.

Then again, some people just want to watch the world burn, and get paid while they throw lavender scented gasolene on it.