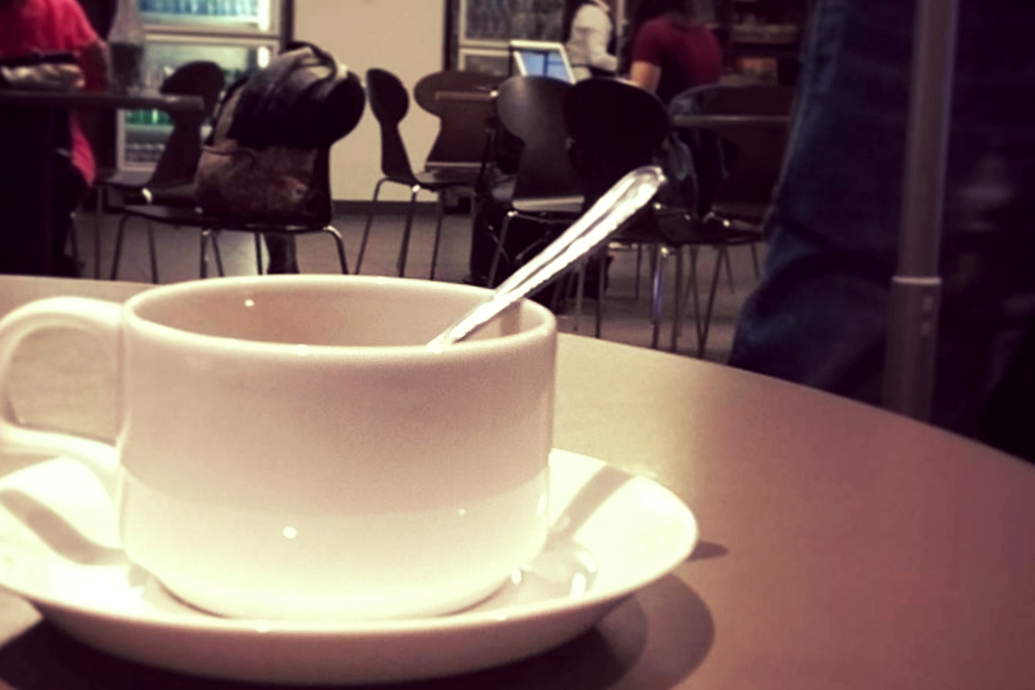 What is it you really want? Written in the airport lobby

This was based on an old conversation I had with a distraught wife who didn’t trust the man-child at home (her words.) It was a congruence test, basically a wife submitting, giving the husband enough rope from which to hang himself with, and he proceeds to hang. It is awkward to see such a large number of men who think they know what they want out of their lives. They never look further into their underlying motivations. They end up fucking themselves over because they are chasing a fantasy.

When developing a plan for ones life, there is a few different parts. If you’re familiar with the term OODA loops, this is a variant: observe, act, reflect, calibrate, act again. We had a regular on the forums, a man who went by the name UltmateCAD. He is an extreme example of mission focus; or

he is Jacks sense of Zen: letting what does not matter truly slide

He knew what he wanted. His wife cheated on him, and he knew that his world was built to shield her from the consequences of that. He wanted to have great sex and raise his kids under his supervision while maintaining his resources and not letting this woman ruin his hard work with horrible parenting, or a shitty second husband. That was the core. He turned into an absolute Lothario, transformed himself into the married playboy, fucking anything good looking in his sphere. His wife was terrified of losing him and straightened right out. It was the most counter-intuitive example of Dread I had ever seen. By him demoting her to babysitter status, he actually secured his children’s security.

All the moralizing he gets, the shaming language. Cheater, asshole, little dick. It was all irrelevant to him. He has a vision of what he wanted and everything he did was focused through that lens. He turned into a giant narcissist, and he had the strongest frame I had ever seen. He had his mission, and everything outside that was either amusing, intriguing, or funny.

A mental model is a framework we use in order to anchor our decisions. Venkatesh Rao referred to them as deep stories or underlying mental models. If you are curious about them in your life, try asking "why" when making an assumption. Here is an example I’ve taken from a book from Mr. Rao, called TEMPO, and someone asking a student for an underlying mental model:"

Imagine that you don't actually need a degree for well paid international jobs, imagine that most in the top paid positions don't have one. Imagine the big growth isn't in China, but India or back home. All those previous assumptions in your mental model are correct, and make perfect sense, but the underlying deep story is flawed. You want a well paid international job, but you're shooting for something that doesn't exist.

This is Marriage as most think of it today, with it’s white picket fence, provider husband and dutiful wife. When a man, out of pure desperation came by my forum, it was because he couldn’t articulate why, but he knew his deep story regarding his relationship was flawed. The initial exchange would go something like this:

Another example, where one gets to the deep narrative; take your own narrative down the rabbit hole until you start getting to its core.

In this example, the man didn’t want to fuck, not primarily. What he wanted was desire, thought it took a lot more to get to that point. It’s a validation thing, that you are valuable enough to get a woman’s genuine desire. For others, it is just sex. A divorce and dating women non exclusive is the best route. You can't see what you really want until you get to the real reasoning, and not your assumptions of it.

I just want to fuck my wife obscures a huge swath of human desires.

Can you draw? If not, it doesn't matter. Draw a person from an image off the internet. When you are finished, compare what you drew to the photo. Chances are it doesn’t look the same, not even close. Know why?

You aren't drawing what you see. You're drawing what you know people look like. If you take it to the extreme example of a child’s drawing, a nose is a triangle, eyes are almonds, heads are spheres. That’s not what people look like, but that’s how your brain symbolizes them. This is exactly whats happening with someones mental models. Start again, and turn the photo upside down and draw what you see again. I guarantee it looks a hell of a lot more accurate than your first attempt. Do you know why?

It's because you aren't drawing what you know, you’re drawing what you see, realism vs naturalism. Your brain isn’t designed to process people upside down, so it taps into a different set of cognitive skills, such as lines, spacing, angles. You're drawing upon a different set of observations. You can't see a jawline now, you see a line, approximately 30 degrees from parallel to the picture for 3 inches. A line you can draw, a line that specific you can measure against what exists, you can see the accuracy.

Looking at things completely backwards is a great way to actually see what is in front of us, and not see what we think we know to be true. This is the purpose of the anger phase. Most men are co-dependent and validation seeking. This is the primary problem with men, raised by women, raised as defective girls. The anger phase flips everything he assumes on its head.

These aren’t meant to be statements of fact, they are meant to build an alternative mental model. you flip the world you know upside down, and start to look. All this coaching, all this advice, we are still just random people on the internet after all, no one gives a shit. So the women around a man are flipped upside down and shown at their ugliest, and the man learns to draw what he sees, instead of drawing what he thinks is there.

Shed the inaccurate mental model you've built and turn it on it's head. Observe don't rely on what you think you know. If ones life isn't moving towards a place of fulfillment, there is a problem with your mental model, every time. It’s one of our hard and fast rules.

Don't listen to what she says, watch what she does.

After all the interactions, are you getting genuine desire? a 50% good enough woman is not a victory, it's a manipulation, it’s the golden calf of success. Time to smash some tablets and start kicking some desert hedonist ass.

Flip life it on it's head:

Once you start turning your life upside down, getting a little angry, and build a proper plan, all those questions:

Sound silly. If you understand your deep narrative, and are able to look at your life as it is, and not how you assume it to be, you already know the answer. Is it working? Keep doing it. Is it working against me? Stop doing it.

Next stop, the heel

The remaining part is to have the stomach to be the bad guy in others stories. Your deep narrative has to come before any other concern. Focus on yourself first, second, third … she can be seventh.