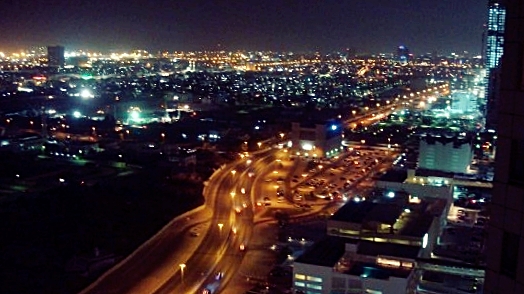 You weren’t here for the work, don’t tell me to hold back on the rewards

Hearing the strategies women have and applying it to my life makes me an asshole, or so goes the conventional wisdom. This reminded me of a blog post called "new year's resolutions" by Dalrock:

There’s no future in being a better man, so I will work hard to become a better woman. I will give myself free reign to do whatever I want whenever I want, and I will do so with impunity. I will demand the best for myself because I deserve it, and shame those who do not immediately offer it. I will be faithful to my partner when it suits me, and adventurous when it doesn’t. I will be bad and demand nothing but good in return. I want it all, and I want you to give it to me right now. I will find power and self confidence by being sexually promiscuous while ignoring the fact that I’m not accomplishing anything that your average chimp at the zoo hasn’t. I will demand that you accept, embrace and celebrate my actions because I am being true to my exceptionally unique self. I will righteously criticize those who engage in the exact same behavior I do, because unlike them, I’ll do it with style. Most importantly, if my Sex and the City lifestyle doesn’t pan out, I’ll blame it on whoever or whatever is closest to me.

Can’t have it both ways

I rile up a few of the more delicate people whom hear of my degenerate years. I remember reading this guys plea to the Twittersphere to ‘stop ruining the good girls with your playboy lifestyle.’ It was a weird drink, one part desperation, two parts impotence, shake in a tall glass of regret and serve over ice and garnish with two balls in a jar.

One consistency I notice, that the same kind of guy who lectures me on my requirement to show more respect and reverence to women is the exact same guy who thinks women are gullible to fall for my kitschy opinion-opener and a little kino. Good girls do not forget about their virginity and turn into dick sucking, jaded tattoo repositories, I wish I was that good, no one is. So which is it? Women are either mindless children with infinite malleability, or they are respected equals able to do basic adulting as good as I am. One cannot have it both ways. It never bothered me, but I did think about what was in it for me to even listen:

No one cares about the work I put in to build my 4F strategy: Be fun, be financially secure, be fit, and fuck well. They only cared that it reflects their lack of effort spread out over a lifetime. I have been swooped on plenty by my own personal Alpha Male of the Group (AMOG). Paul was a tanned 6’2 basketball star on the college team, and those pearly whites blew out any game I would pull that night in university. Jason was the 6’3 Rugby player who geared his entire life around swooping chicks and could out talk me with his silver tongue, I would get blown out during foreign ports often. One of the crew was even a contestant on the Bachelorette, how do you compete with that?

I never cried about it since you only get better by playing against better opponents. Instead, I watched, I learned, and I competed. As I got better, I started to pull off my own little victories. To now watch some effeminate guy who weighs 145 pounds while soaking wet lecture me (read: The projection of his personal Chad) on ruining his wife or girlfriends desire for him is slightly annoying.

I took the New Years Resolution and adopted it for myself. Some of the best strategies in the Red Pill are lifted from women wholesale, and they work:

I would not say I adopt this stuff from a position of anger, belligerence, or some sort of revenge fantasy. I get a lot of guys do, and it may be beneficial at the start, but it will not work over the long term, being angry takes too much effort and I do not have the energy for it. It makes as much sense for me to be emotional about the rain. Instead, I wear these mental models as a rain coat, it is the way of the world and possibly always was.

Women choose, we have our burden of performance

Women will always get to decide what they find attractive, not from some cold calculations, but from the trial and error our genes have conducted over many, many generations. I can fight that on account of some internal logic that has an air-tight structure to it, or I can simply learn to play it better than the people I surround myself with.

And on the flip side, I will learn to surround myself with people whom I have no business competing with. It is the only way I will improve and it is the only way I know of to mute the fear of failure, or the risk aversion without lifting all day everyday. If I go in there as the underdog, I cannot be surprised if I get out played. The occasional time I out-chad a guy is the sweetest of victories. 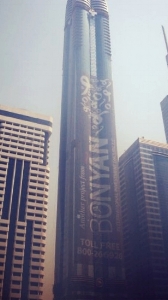 I remember when I was in Dubai UAE, during our ships RAMP (rest and maintenance period.) we partied at The Rock Bottom every night. On night two, the same night that Dalke gave out his prostitute strategy (and for free to boot,) right after some Iranians and Palestinians were having a brick fight outside the bar, we brought back a small cadre of Omani Air flight attendants to our suite. I was doing what I normally do in foreign ports, chain smoking and unleashing 90 days of 24/7 stress, hoping that my shin splints and sore bones would heal before getting back to sea. BJ, my instigating co worker noticed that one of the girls, an ex fitness model would follow me around the party. Dave kept trying to sleep with her, and BJ knew how competitive I was. I cannot remember her name so I will call her Susan.

“You’re not going to let Dave sleep with her, are you?”

And BJ knew me well. No sir, no I am not. I do not remember what I did, but I do know I treated the lay as if it was a foregone conclusion. Dave was 6 feet, deep raspy voice, in good shape, but I like to win. And I won. The girl was 6’4, which I will never, ever do again, the logistics are just too much effort. I came back to our suite the next morning a hero. A military unit has not caused destruction in the middle east of this scale since “Mission Accomplished” in 2003.

Dave and I had a good laugh, and then Hair of the Dogged our morning away.

That was my new years resolution, what was yours? Hoping to marry that flight attendant and get the same enthusiasm I did? and what did you do exactly to warrant it? Take your time, I will wait.