Picking your battles: A field guide 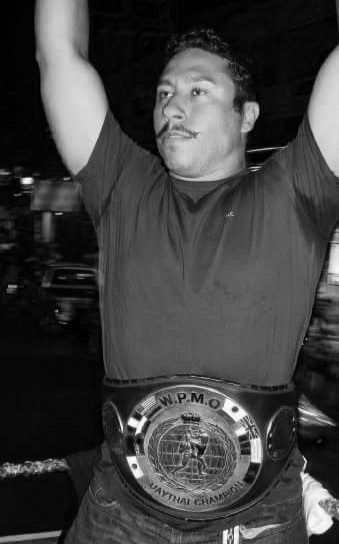 Thailand was a mess. Everyone was fighting with everyone. Nothing was solved. We were drunk and hadn’t seen land in 2 months, what’s your excuse?

Everyone has heard of the adage where you should pick your battles, but very few people understand what it means or how to apply it

In my life, I’ve been blessed with a childhood where I was the smallest guy in the room and prone to an ass kicking if I picked fights along with an adulthood in the military where you simply cannot use force in any meaningful way to enforce your personal will.

In all this, I’ve adopted a few guidelines to follow when picking your battles:

What outcome do I want?

This one should go without saying. Since I constantly see people ignoring it I thought it best to say it anyway. Some people want to fight for the sake of fighting. They don’t value anything but attention, and have blurred the lines between good attention and bad attention. What is good or bad attention is really the difference between knowing what you want and simply wanting recognition. People are horrible at knowing what they want, as was I for the longest time. If one can handle feeding themselves having sex on a schedule and getting a mortgage paid, there is no need to look any further unless you want to.

When someone is wrong on the internet, what do you want to do by picking a fight with them? Unless you’re a brand or business and wanting to work on brand differentiation, there is no reason to, other than attention or validation of some form. Validation doesn’t pay the bills, validation doesn’t make your woman enthusiastically desire you. Granted, validation is the reason she loves to please you in bed, but she is a woman and it makes sense, are you a woman? If so, ask yourself if this fight you’re picking is going to end up with a top tier man wanting you in his life. If not? Then it probably applies to you too.

If the other person or a third party arbiter capable of giving it to me?

Sometimes people are useless. I’m not talking about the lack of intrinsic worth, everyone deserves to live if for no other reason than to establish how kind other people are by not wanting to step on your neck. Arguing with a coworkers over some work performance issues isn’t going to address those issues. I used to see it every day when I was a sailor. The same techs would sit down at the same table at the same time for the same conversation. The boss is an idiot, the officers are incompetent, and their supervisor wanted a stupid action done that would solve nothing but cause problems for everyone. They had the huge battle on who was more incompetent. The one thing all these conversations had in common? No one who had any power to address this ever sat at the table with them.

It wasn’t a battle, it was voiced impotence. Things happen for which they had no control over. Instead of accepting them, or making steps to remove their impotence, their battle was simple catharsis. Build up frustration, catharsis, release. It was a wonderful cycle, and it served to keep them showing up and putting up with all manner of incompetence. The point of picking ones battles is to set aside the things that will not change, and make efforts to change the things that you can, or to remove yourself from a situation where you can’t handle the lack of change. Everything else is a coping strategy.

Am I punching up, or kicking down?

This is one I am still guilty of from time to time. The better you get at something, whether it is work, sleeping with women, academics, anything that requires effort and skill the worse at it the average person will be. One can sit there and have a fight with someone who is not only bad at whatever the battle is over, but also inconsequential. I can beat any 8 year old in elementary school, they can’t fight as well as me, aren’t strong enough, and anything they tell me is wrong. What am I doing, other than establishing the delusion where I am treating 8 year olds as my competition?

A better example was when I was in my redneck city in university. I had a bunch of friends on the volleyball team, a few others who were the fun loving rednecks who loved to party, and the girls that loved to hang with the fun kids. One of my roommates was part of another group, the car guys. They saw a lot of Asian immigrants coming to the western school, all owning fancy cars modified heavily. They weren’t rich Asian immigrants though, so they bought Ford Focus’ and threw exhaust manifolds, under lights, and fancy decals onto them. It was a regular competition. On Friday he and I would drive down to the bar, he would sit in the parking lot with the friends and battle over who had the best mod that week, the fastest car or the best whatever. I was in the bar, competing with the athletes over who brought home the best girl that weekend.

I lost most of those battles, but I was in the game. It was the game that most men in their 20s were playing, the one that too much testosterone and too little parental supervision created. Who gets to sleep with the most women, the hottest women, the best women between the lots of us? I would have gotten no better at it if I were listening to my roommate tell me what I should add to my truck to impress the loveless guys sitting in the parking lot across from the bar. Now if having the best fart can on your car is the battle you want to win, good for you. If it isn’t, you shouldn’t be fighting for the esteem in a game you don’t want to play

What are the long term repercussions of burning a bridge here, can I live with them?

It’s often easier to let someone continue to be wrong and get value elsewhere than it is to fight for every battle. Life is iterative in that each time you battle someone for something it isn’t in a vacuum. Sometimes a tactical retreat is a good move. Is your friend about to marry that single mom who only wants him because he has a good job? Sure, you could battle him for the stupidity of his ways, but you won’t win. Argument never trumps feelings, and I guarantee he’s fallen for that girl, and probably her kid. The best you can hope for is that he tells her about this fight, and the soon to be wife/ex-wife demands that you be cut from his life.

Maybe you can live with that, maybe you can’t. Ask yourself, if you can’t be his friend if he makes a bad choice, why bother fighting with him, skip to the end and say goodbye. Why the need for the theatre, other than to ensure that you won’t see him again for years when he finds out you were right about her? I’ll bet he could have used you the year before the divorce when you could have pointed out that having her baby daddy over for the weekend you’re away on work is a bad idea.

Outside of how I feel, what is in this for me?

This one is an overarching theme for all the other points. When you’re going to create conflict, it’s always good to ask what you’re going to get out of the scenario. If you don’t have a good answer, other than to appeal to some sort of absolute morality, some unwritten but sacrosanct rulebook or being so emotionally invested as to be unable to articulate a reason then you probably shouldn’t do it.

I cannot believe it needs to be said. Having a good reason and a preferred outcome in place before doing something is how to adult in the world. Without reasoning, you simply have instinct and feelings. The only people who benefit from that are hot women (who are subsidized by the thirst of men) and animals (who don’t have jobs to get fired from)

I’d add an anecdote or something here, but if the reader is unable to come up with a personal understanding of this, then they have wasted their time getting this far.