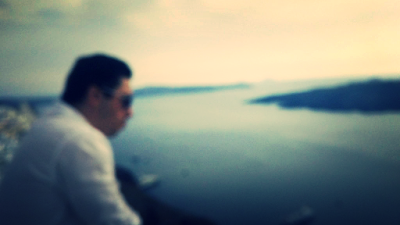 The cradle of civilization, 2016

No one should be praised for his goodness if he has not strength enough to be wicked. All other goodness is but too often an idleness or powerlessness of will.

This isn't about a guy who has come from a cold, dead bedroom. This is something advanced on the Mazlow’s hierarchy. It is for the guy who has his life on lock. Once you get the hang of navigating the sexual marketplace, or society in general, you find that putting in effort, building value, being your masculine center are simple. Not easy, but simple. Once you get there, once you get to a place where you main motivation is no longer the removal of grievance, where the addition of value is required, what is next?

It really doesn't matter how you define good and wickedness, just that you have a definition. I try not to make the mistake a lot of guys seem to, where they begin to look through the past, as some sort of historical rooting through the garbage. François de La Rochefoucauld [read: Franswah you damned Texans]. Which is the post on this post. All the things I used to do in order to be a nice, kind, decent human being didn’t matter if they came from a place of impotence. Now I get the military formalizes that hierarchy, why it’s needed, and why it’s a good thing, though I can’t help but notice a lot of my former shipmates take that same mentality to the rest of their lives, where that hierarchy doesn’t exist. If I am going to be another data point in this navel gazing subculture, I may as well constrict the timelines to my lifetime. At least then I can be certain to have the proper research done before I stare into the navel abyss.

I took a look at what I am, at what I did. The two concepts aren't so disconnected as men, We are what we do. Did I value my good deeds based on getting what I want, or by wanting what I got? It sounds simple, almost silly, but it is the only way I know to keep from resting on my laurels and getting complacent, so I should hope. I treat my girl well, I make good conversation, garner adequate attention, time, sexual satisfaction, and financial stability. Do I do these things because I have no choice? Or do I do these things because of the value for me is worth it?

The only way these things are more than ego-protection measures is if I have options, or as a mentality of abundance, as opposed to a mentality of scarcity. What value is there in fucking the old lady good, hard and regular, if it's because I value the only pussy I will ever get? What virtue am I signalling? That I can fuck the only person I am able, occasionally, when she lets me? It only gets value because I could fuck someone else, someone better, in the strictly SMV sense. It there were options that best her in every way, why would I be doing anything other than building my exit strategy?

If I’m not a selfish prick, riddled with options that I choose not to chase, what good am I? Is my moral compass one of the master, or the compass of the slave? And hot damn if this concept isn't a bang on description of me, pre-redpill. Two sets of rules. The master considers that which makes his life better a virtue, and that which removes it, is a vice. I remember my Petty Officer, second class on my first ship causing us to live under her as if we were plebs, while she gets glowing reviews on our stellar ability to run a communications control room. I remember my peer, feminist, former reservist (read: lacking competence) getting the green light to promote ahead of me. Lucky for her I helped by taking on the troublemaker watch and leading it to a tight run ship, pardon the obvious analogy.

“She shouldn’t have to earn it again” was the justification given to me. “We gave you the shitty watch because we knew you could handle it.” Do I take what I can, or suffer as I must? I don’t see myself getting into that position again, and if it’s thrust upon me by fate, by restarting the anger phase for one more go at unfucking myself.

Attaboys and identities can be dangerous

They are too easy to take as a trophy, and to walk home a champion. Once you win, there’s no more reason to play. It reminds me of the issue I had growing up. I was smart, gifted level smart, or so I was told. Special classes, IQ testing, back pats all around! This is a death sentence to a kids discipline. Parents, peers, community, all building children into some sort of chosen one, and it took years of being treated like a useless ordinary seaman in the navy to remove that mentality. I remember my first supervisor: “Look, I get you’re very smart, went and did all that fancy school shit that I never did, but I’m your boss, so shut up and scrub the toilet.” I should really thank him, and the few dozen other crusty-ass sailors for the much needed boots to the ass.

Psychologically, it becomes an identity. I began to defend the identity more than the skill.

“I'm a very, very smart man. Things come effortlessly to me. When something arrives that I cannot immediately master I have two choices. I can either buckle down and realize I am not the smartest man in the world and master it with humility and discipline, or I can protect the idea of being intelligent.

I didn't do this difficult thing because it didn't interest me, not because it was difficult. If I put in the effort I would have mastered it, I just couldn’t be bothered to. Now I am still very, very smart, good for me!”

I was sub par for a long time on account of this ego-defense I had built up. If my ego fails in its attempt to bring me benefit, I would get anxiety. Defense mechanisms like I described above are engaged to help ward off unpleasant feelings, like anxiety. While I accomplished much, I left even more off the table, because I was unwilling to nut up and start treating what I did rather than who I was as my mental point of origin. Identities can be dangerous, they attach to our ego and we defend our ego, even over the well being of whatever is left within. I would say the superego would help me here, but society built the values of the superego, and it wasn’t too helpful, it only added more fuel to the fire. I do appreciate the writings within The Red Pill, since it was a much healthier superego than the one I was given. He was the literary version of my old supervisor, not as educated, not into all the fancy book learning, but he was my boss, and I will go clean that toilet. He never makes me feel special, this is his value, or as I love to point out:

You ain’t shit, and that’s OK.