Red Pill works even if you're 52 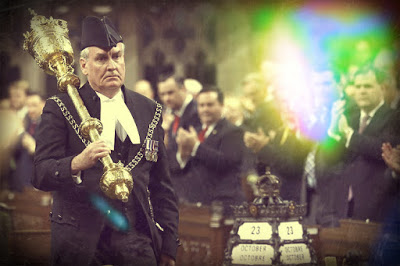 A natural alpha confronts becoming beta after a 30 year marriage. Initiates changes after reading Married Red Pill on Reddit; solving issues that have dogged the relationship those 30 years.

You can always tell a real story from a take one from the male perspective. Does it read like a perfect guy who knocks a girl down a peg? Is it a girl getting her comeuppance? It is a revenge fantasy.

On the other hand, do things happen, were mistakes made without self reflection? These are kicking the can down the road. Yes, it is great when you see a guy ditch a shitty wife and replace her with a younger model. The problem comes six months later when the exact same issues come up. Note the use of language in his summary post.

Olderpiller hits all the right notes, not to mention watching this progress over the year it took him to complete it.

I am an engineer and entrepreneur who has owned a number of moderately successful businesses. I met my wife in College. We’ve been together for 35 years, married for 29. We have four kids together and my wife is a very smart professional who has worked with me in my businesses. I am used to leadership, being the CEO and owner. I am normally fairly aggressive and perceived as an alpha by my peers. When my wife confronted a significant health issue about a dozen years ago, I flipped to absolute supportive beta in our relationship because I thought I had to put my needs on the back burner to support her.

Once the health issue passed she became increasingly focused on work just as our business was doing better. We both worked 90 plus hours a week in the early days, then spent the rest of the time was on raising four kids. In effect the business was our mistresses, it took significant focus away from our relationship.

Our sex life was always OK, averaging two times per week. I was lucky in that she was always in great physical shape (A hint to the younger red pillers out there take a look at the mother of your prospective LTR; if she is not in good shape in her thirties of forties the odds are against your future wife being able to keep her figure). I had slacked off with exercise and had gained about 30 pounds, even though we always ate relatively healthy, as I love to cook and we both hate fast food.

The problem I was confronting was how my life was going to look like with the last kid leaving for college. The business was in decent shape, I reduced my workload to about 50 hours per week and had great flexibility to go out and vacation more. Our financial position was very good and I was looking forward to enjoying my earned free time. My wife was still addicted to work and despite numerous arguments over the years, she never figured out how to reduce the workload. She would work in our home office late into the night; checking and double-checking the work of our employees. This was not a traditional affair but it still stood in the way of my happiness. [emphasis mine]

I discovered red pill and the Married Man Sex Life Primer. I read through it voraciously in April of this year, and realized that the first thing I had to do was fix myself. I started lifting again, working out every day in our home gym. I stopped acting beta towards my wife; if she asked for a glass of water I would no longer be a gentleman and rush to get her one but pretty much ignore the request. There were some shit tests earlier on along the lines of “Why are you working out so much?” It quickly escalated to “Is there someone else?” I could not apply direct dread as we worked together and I did not want to shit where I eat by hiring a 25 year old executive assistant. So in addition to just swatting the shit tests away I casually mentioned that a few of my friends where so happy after their divorce and had cute younger girlfriends.

I continued to improve, gaining confidence and losing weight. My weight was down to 210, my wife would join me on morning walks, she would state that she needed to get fitter to keep up with me. [emphasis mine] However, even after two months of reading and applying MMSLP the underlying dynamic of my wife’s attachment to work did not change. I was fed up and did not want to waste the rest of my life sitting around the house while she worked. I explored restarting my hobby of flying but fundamentally, I wanted a partner that would be there to enjoy the fruits of our hard work, together. On a weekend walk in June I dropped the bomb on my wife. I told her that I was opening a separate bank account and moving a significant amount of money there. I told her that I wanted to separate and move out, that divorce was fine and I had no problem with her continuing to work as many hours as she wanted to make my half of the business worth more while I take vacations and enjoy my life with someone else.

For the first time in her life she began to see her work as the addiction it was and she spent the rest of the day crying and apologizing for the last decade. I proceeded to open the bank account on Monday morning. She met with her department that day and told them that she was going to distribute her workload among them. I really believe that my increase in self-confidence and true attitude of outcome independence on whatever choice she wanted to make was the key to achieving something that a decades worth of arguments, covert contracts and bitching did not.

What prompted me to write this post was not just gratitude for the impact that the Married Red Pill had on my life, but my wife’s comments in the shower this morning. She said she had one of the best weekends ever with a college football game Friday night, comedy show on Saturday followed by drinks and tapas. Followed up with an eight mile hike on Sunday then watching some football with together. The weekend ended with us sitting in the yard and watching the sunset Sunday, having a drink followed by the 3rd time we had sex that day. She is walking around the house in either Lululemon stretch pants or something lacy, is not allowed to wear panties to dinner, and enjoys when I give her great ass a good spank.

I know that I need to keep up my game, so I am ramping up the outside interests taking up SCUBA to enjoy on our week in the South Pacific at the end of October.

Tell me that you don't read this and get a smile on your face.

I don’t give this out to anyone, it’s our little secret

Thank you! I guarantee you’ll enjoy each email