Vetting, Part III: There are two rulebooks, yours and everyone else's 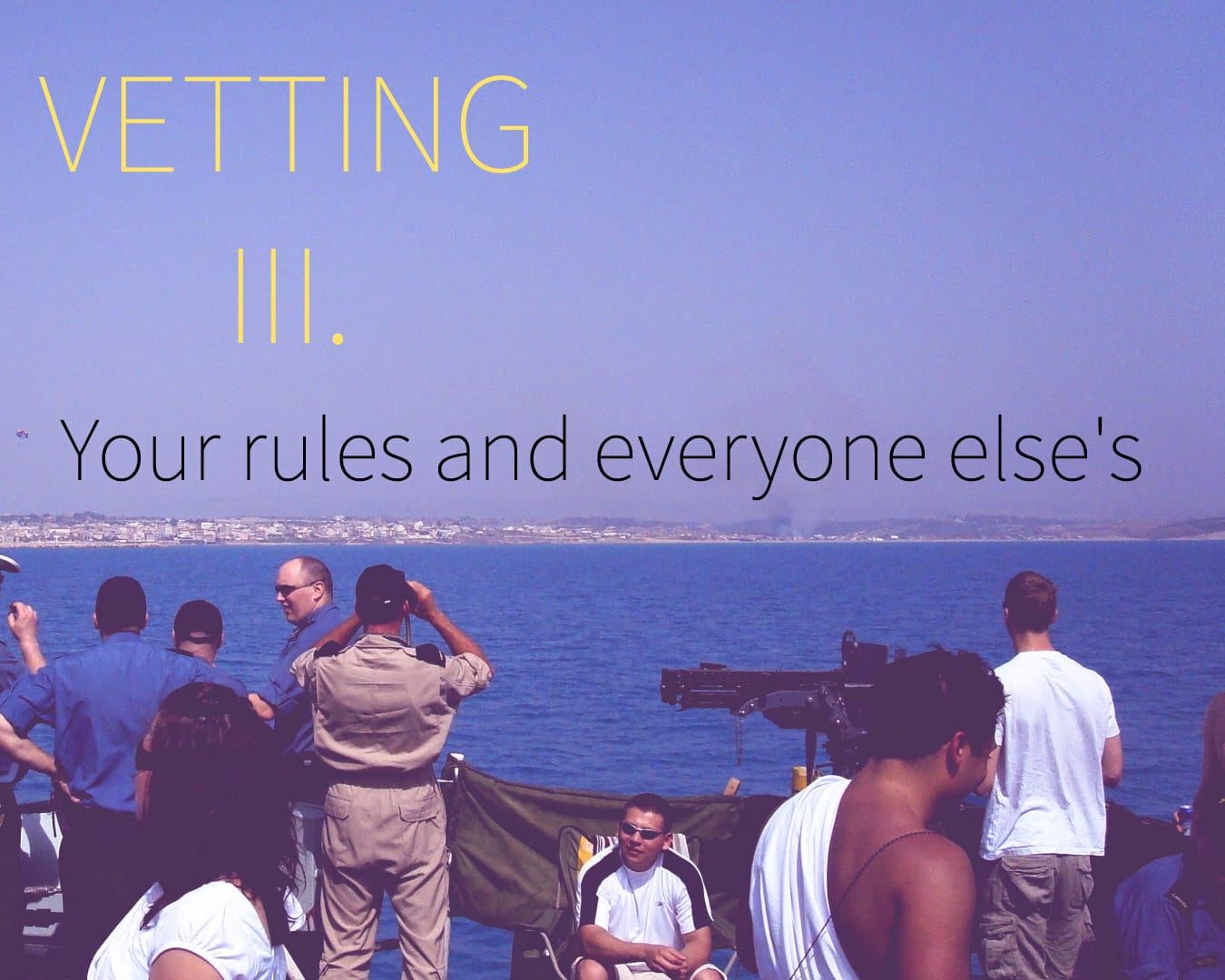 Outside of Italy, It was one of the few times where I thought relaxation was more important than sleep. The juxtaposition illustrated this piece well

The thing about insecure men looking for assurances in their women is they don’t have the confidence in their own criteria. I’d suggest there’s something in our DNA that nags us, in the back of our head, a feeling that something is wrong, but not able to pinpoint exactly what it is. Mans ego soothes that, instead looking for the herd to reinforce and validate the values that were given to them by their women, codified in a list that is largely guesswork, in hopes of avoiding a risk that is poorly thought out, which is really the search for permanence in an impermanent social structure. We all die alone, the only difference is the spread between death and alone.

A man raised by men or influenced by men would be more accepting of the responsibility that comes with this. Female values search desperately to insulate responsibility, offload it onto authority, onto consensus, onto the rules. The modern relationship is like a virus set upon the traditional conservative values. Mind you, the thing about traditional conservative values is that they aren’t traditional, nor conservative. Modern men pretending they are traditional, based on advertisements from the Donna Reed show and Norman Rockwell Americana paintings, used to sell cigarettes and vacuums. Consumption culture doesn’t conserve, and the tradition was an aspirational one that actual tradition had to be convinced was the norm. A man isn’t the traditionalist, he is Norman, the symbol of relationships from a fictional time.

Vetting doesn’t work because it requires a cartel in his society. Everyone has to play by the same rules, and women just don’t. They don’t have to, it’s codified into law. Most family breakups aren’t from infidelity, or abuse, or some very reasonable criteria for their dissolution. They are broken up because, most of the time, the wife isn’t haaappy. Remember that sacrificial nobility referenced earlier? Those are his rules, not hers. Cartels never work, the instant one party can break the rules for personal gain, they do. Vetting can’t work when only half the society respects the values. Normans aspirations only work when Norman is the norm.

Does anyone know what one of the biggest indicators that a woman will divorce/separate are? It’s whether she has divorced friends. No one can vet a girl based on whether she has friends who will divorce in the next 5 years, or whether you’ll be required to move to a city and all new new friends and co workers are divorced women. As much as we like to think we are impervious to the influence the people around us give, we aren’t. I just wrote down the multitude of ways men have been raised with female values. Women are more prone to follow the herd then a man will ever be. It’s as large a difference between the sexes as there is the disparity in testosterone production between the sexes.

Thats the thing about vetting, or the vales checklists. Not only do I argue they aren’t effective, but it’s clear even the people who swear by them don’t have confidence in their efficacy. The mathematics of our world work whether it’s daytime or night, whether you’re in Africa of Asia. The value checklist only works if everyone has the same values, and homogeneous social groupings are basically extinct. I’d argue the Mormons, the Amish, and some of the backwater cultures on the dark continent are the last vestiges of it, but that doesn’t help anyone. A mass exodus will only water down what they have curated for themselves.

This all implies that the players are acting in good faith and honesty with each other.