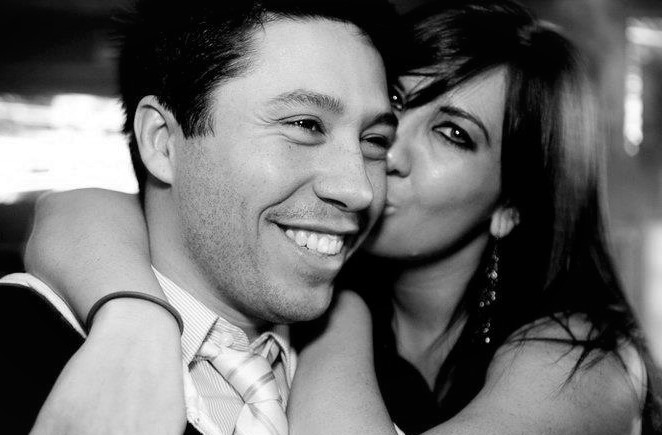 That is not a main event, no, not that either

Watch it here and have a tuna melt

I, along with a lot of smart and capable men in this space talk a lot about Dread. If you don’t know, Dread is the process where a man prepares himself to be the most attractive man he can be while giving a girl he is currently married to, or in a long term relationship with, a chance to step up her game and meet his challenge before he moves on to someone else (or no one at all). One thing that isn’t discussed nearly enough is the main event, or that moment when the power dynamic in a relationship shifts for the better, and a guy receives the mother of all comfort tests, or a girls anxiety about her relationship security.

I’ll paint a picture. Imagine a guy who generally puts everyone except himself first. This could be you, your dad, your brother, or a guy form work who talks about his marriage way too much. He marries the first girl who shows the slightest appreciation for this. Maybe they have kids, maybe they don’t. The one thing that happens is that the sexual thrill of having two people, a girl desperate for unearned validation, and a guy desperate to work for it; that thrill starts to waver. Two codependents cannot stand alone, someone has to become the narcissist, and the wife begrudgingly takes the role. Sometimes the girl has some serious daddy issues and refused to accept anything but that role. A lot of women try their whole lives to be men, they always seem to be really good at becoming the worst that men have to offer.

Some men just light themselves on fire to keep others warm.

This couple used to have sex like rabbits, it’s now on a schedule: monthly, quarterly, annually? Then, it’s just done. Some of the worst guys I’ve seen an spoken to have gone on in this personal hell for as long as a decade or more. I should say it breaks my heart, but they did it to themselves. The average man can get laid if he wants to, the question is what else is he attached to that gets in the way?

Even the single guys have it, they don’t get to pat yourselves on the back. What, did anyone seriously think that proclaiming ‘the juice isn’t worth the squeeze’ to every woman at every opportunity was being above it all? Who exactly do you think is supposed to hear that message and validate it?

Back to the relationship co dependents. They eventually find their way to our space. We get these cookie dough men, we show them Rollo Tomassi, we show them Athol Kay, we show them Ian Ironwood, Robert Glover, Manuel Smith, Ethar Vila, the list is huge. I, or someone else berate them like a drill sergeant to crush that ego, and until they come out the other side, forged out of iron.

They get into shape. They work out years of frustration inside the squat rack. They get their mind right, they replace their shitty mental models with healthy … more importantly, with successful ones. And another concept, the thousand foot toe rope; The concept of where a mans progress isn’t reflected in their woman, much like a ship towing something at a thousand feet doesn’t change direction for a long time.

We can all say we are a married team, but you’re alone. Never forget that you ain’t shit, and that’s OK.

At it’s core, Dread is about you learning how to become attractive, or how to be attractive again, and to learn learn how to stop being unattractive, to start looking the part. The part is of a self actualized, charismatic, lovable man. Insert whatever masculine words into this box. It’s a mans individual box, labelled ‘masculine.’ Just make sure enthusiastic sex is in there somewhere.

When this happens, men start to build and experience options, or abundance. Women in general love charismatic, fun, lovable and attractive men, they love them a lot. That wife or long term relationship that a man has been experiencing purgatory with for months, years … decades? That woman is completely clueless as to why any of this is happening, and he isn’t telling her. Why would he? Guys have tried to, Robert Glover suggests it, in fact plenty of guys in my experience have tried to, or accidentally let her find it herself. Consider this a warning, use open communication like this, and you’ll either get her assuming you’re not going to follow through —as she should — you’ve not followed through on stuff before right?

Or she’ll assume you will follow through and it makes her feel bad, so she subconsciously sabotages it. She doesn’t mean to, it’s mainly how women think in this situation. She feels bad, she feels worse as you get better, and she does things so she doesn’t feel bad. Want an ice cream? You deserve a reward for a good week at the gym. Lets have a drink and see what happens!?

Instead, keep all that work to yourself, no woman wants to hear it and it makes it harder for you if she did. Then eventually, eventually something happens. It doesn’t happen all the time, and it doesn’t happen with everyone, but it does happen. People around you, your woman in particular start to act right by you. They do this because you’re worth a damn for once.

If you’re lucky you got a good woman. she’s switched on with no daddy issues. Shes emotionally damaged no more than your average girl. They see a guy step up, and they fall into line. She trusts her instincts and does what she has to do to keep her man, to keep you happy. If that’s you, great, you’re one of the few, the proud, the top 20%. welcome to hypergamy, where a woman defers to her best option, try the crab cakes, they are delicious!

But for most of you, most of us, that’s not what happens. A woman will be utterly confused. Her man is getting better while she is falling behind. There’s years of built up baggage, so seeing such attractive behaviors in an unattractive man is confusing. This story only ends one way. She goes to her tool box and uses all the tools that used to work:

She still doesn’t feel sexually aroused by this, there’s just too much baggage in her head from how things used to be, but in the back end of her girl brain, she kind of starts to feel something, a spark. That spark turns into a fire, and when it does she can’t ignore it anymore.

This is the main event.

If you’ve not heard of the term comfort testing, it’s where a girl attempts to get assurances that you won’t leave her. The Main Event is the mother of all comfort tests. It’s a last ditch play to find some stability. You always know when a woman is desperate, and she switches over to a direct style of communication in an emotional situation. Where is she in your life? What does she have to do to be there? What are you trying to accomplish? Why do I feel genuine desire for this dufus?

It’s all subconscious, and it’s all there.

A lot of guys think they have a main event, but they don’t. They get a girl who starts getting angry, starts trying to communicate, starts all kinds of antics to pull you back in to her frame, to make things revert to way they were before. We are creatures of habit, and nothing bothers us more than when people don’t act how we expect them to act. That’s not a main event.

A main event is a visceral thing. If there’s no snot bubbles, if there’s no tears, if there no genuine fear that she may lose her best option, and if she’s able to form a sentence without stammering, it’s not a main event.

It’s the strongest emotional reaction you’ll ever see from a woman. We talk a lot about submission, it’s an emotionally charged word, but that is exactly what this is. This is the strongest display of submission a man will ever see in a relationship. It’s when, in a girls heart of hearts, she submits to you: the strong, aloof, sexy, charismatic man of value. The guy who has the right mix of desire and comfort, alpha and beta qualities, serotonin and dopamine. What, did you think Alpha meant good and Beta meant bad? Don’t kid yourself, these are edgy shorthand terms to describe the lover and provider behaviors in men. No guy does anything if you call him a lover, but call him an Alpha and his peacock plumage starts to flair out. the main event is where a guy knows that he’s no longer faking it, it’s where a guy has actually made it.

That man has got the reins, maybe for the first time, maybe after a hiatus. He’s leading the relationship so don’t screw it up. The first step to getting there is whats called the Come to Jesus speech. That’s a topic in and of itself, for another time.

Dread and the Main Event

To sum up, with Dread, you’re going to receive one of thee positive outcomes. well, two are positive, one is just positive for you: