We already know that different, sometimes even opposing dating strategies can all be effective, if done well.
And the same is true for the type of men, or types of seducers.

There are many different types of seducers, some seemingly opposite of each other, who can all be successful occupying different niches.

When it comes to success, the key is not so much in the specific niche one inhabits, but in being high value -and high SMV– within that niche.
So here are the types of seducers, with the pros and cons for each one of them:

The sensitive artist doesn’t even seem to be interested in women.

And that’s exactly what makes him even more attractive.
The sensitive artist is lost in his world. So lost, that it’s women who need to pursue him for some real-world action.

Her: (shoots gun)
Him: You’re going to kill yourself
Her: I don’t wanna live

Welcome to the life of the crazy “artist” -where “artist” is often just a convenient cover for “crazy”-.

The more depressed and less effective at life tend to attract the “women who love too much” type (Norwood, 1985).

But when it comes to seduction, he is very different.

The rocker is not brooding, depressed, or lost in his world. The rocker enjoys life and lives life to the fullest. And that makes him attractive -together with the fact that he is on stage, that he is popular, and that he likely is pre-selected-.

The rocker has a large seductive appeal.
And he has the largest pull on:

A new trend in the male dating advice, but an old seducer type.

The alpha male strategy intersects with the previous “lifestyle game” strategy, which sought to get women through an attractive and rich lifestyle.
The “alpha male game” does the same, plus it seeks to get women as a consequence of who is and who he becomes.
That’s why the alpha male chases little: he does not get women first. He gets his life in order first, and then the women will come.

You can see it in Trump’s relationship:

Trump: Give me your hand
Melania: (swats his hand away)

When you try to “alpha” more independent-minded women and you don’t have their full respect and admiration, you end up with lots of arguments and a catty, rebellious woman (and it’s his fault, not hers).

But also some feminist women who hate him while at the same time being turned on by him.

Is the outlaw appealing?

Let’s hear from an outlaw about his history with women (Norwood, 1985):

When you’ve done time you learn that some women think you’re a creep and have nothing to do with you.
But there are other women who get turned on by the whole idea. It fascinates them. They see you as big and bad and they get real seductive, trying to tame you. Or they think you’ve been hurt and they feel sorry for you and want to help you.

As it turns out, being an outlaw is a polarizer: it repels most women, but it attracts a few of them.

Some researchers speculated that the outlaw appeal is also environment-dependent (Fallon, 2013). Specifically, the outlaw appeals grows in times of violence and upheavals, and it decreases in times of peace and safety.
I believe it’s not a coincidence that in countries such as Japan and Korea you will get far better receptions if you amp up your friendliness on first approach.

Otherwise though, not many advantages.

It’s a common mistake to overestimate the seductive power of violent criminals.
First, try to Google the prison wives of the famous most serial killers, and you will see.
Second, it’s mostly fame that attracts groupies, and there is only a handful of Ted Bundies who get famous. All the rest, including many serial killers, are nameless, groupie-less criminals.

That made me kinda “cool”.
But since women prefer the higher-powered man, the success you obtain from within society, both sexual and non-sexual, is superior to whatever you can obtain from outside of society -or bucking society-.

The pick-up artist is not afraid of chasing women.

Indeed, that’s all he does.

He approaches a lot, talks to a lot of women, and women generally take a very high priority in his life -often, the only priority in their lives-.

Among the traits of the PUA:

Yes, muscles and definition are attractive.

Only thin and scrawny jealous guys would deny that.

And yes, be it because muscular men are more confident, or because they are more attractive, they also tend to have more sex partners (Kordsmeier, 2018).

Men fail to realize the “threshold effect” because there is no threshold effect on physical and masculinity traits among men. This is probably because, from an evolutionary point of view, male competition has had a stronger effect on stereotypically male traits than female choice had (Puts, 2010).

If we are talking about well-toned bodies, then the appeal is very large.

A few exceptions apply for women who prefer “cuddle monsters” and “dad bobs”, but those are a minority.

It can come as a surprise that men with a touch of femininity can be attractive.

But it’s only surprising to those who are unaware of boy bands and movies like Titanic.
Plus, it’s surprising for those who do not want to see.
Indeed many men look down and resent the feminine type.
They don’t consider him a “real man”.

Still, the successful feminine types can take solace with the large subset of women who find them attractive.

In spite of his beard and high-intensity, Russel Brand, just like other glam-rock players, has marked elements of femininity.
He said it himself in an interview:

Russel Brand: Women lower their guard and feel at ease around me because they think I’m gay

No.
If you think that “knoweldge” is the intellectual’s appeal, you’re wrong.

Or, to be more precise, you’d only be marginally correct.
Being an expert in any field doesn’t hurt, of course, but it doesn’t help that much either.

So, what’s attractive about the intellectual?

The intellectual is attractive because of the intellectual dominance he possesses over the people around which, in turn, is an important subset of general social dominance.
The most Machiavellian intellectuals also take a judge role, which gives them even more social power (see example later).

On the seductive pull of the intellectual, especially the judge-type of intellectual, I quote a very instructive passage from “Women Who Love Too Much“.
My comments are in grey:

We met at a Christmas party. I was there with his younger brother who really liked me.
He was smoking a pipe and wearing a tweed jacket with patches on the elbows, and he looked so Ivy League. I was terribly impressed.
—> This is the “professor” type of appeal
But there was also an air of melancholy about him and really that was as attractive to me as his looks.
—> This is the “artist” type of appeal
I was sure he’d been deeply hurt at some time and I wanted to get to know him, to know what had happened, and to “understand.”
—> This is her “woman’s who love too much” drive to help kicking in
I was sure he was unattainable.
(…) We did talk a lot that first evening, but he never quite squared off with me, face to face. He was always at an angle, slightly preoccupied with something else
—> This is the “philosopher lost in his own world” appeal, plus nonverbally framing himself as superior. From a judge position, he is communicating “you’re not good enough” for my full attention
and I kept trying to win his complete attention.
—> She accepted his judge frame. Now he has become the dispenser of positive and negative emotional rewards. He’s in power.
What happened was that every word he spoke to me became vitally important, almost precious, because I was sure he had better things to do.
It had been just like that with my father. (…)
—> And this is the final straw: her father had also been an abset man

Put all of those together, and she was smitten in love within minutes.

The charmer charms everyone.

And especially so the ladies.

The good social charmers are:

Overall though, high-quality charmers who learned power dynamics have little cons since they know how to avoid those pitfalls. 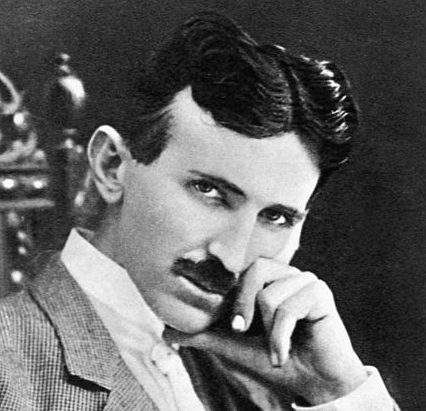 Narcissism is the most attractive trait of the dark triad.

Narcissists think they’re hot shit.
And because they so well act the part, many women also think they must indeed be hot shit.

As an example for the narcissist, I love the song “You’re So Vain”, in which Carly Simon shares her love story -and heartbreak- with a narcissist:

You walked into the party
Like you were walking on to a yacht
Your hat strategically dipped below one eye
Your scarf, it was apricot
You had one eye in the mirror
As you watched yourself Gavotte
And all the girls dreamed that they’d be your partner

Narcissism can be if you’re around a 6 or 7 on a scale from 1 to 10. Above that, it becomes counterproductive.
Also read:

These seducer types are equally effective, but we can analyze them in quicker format:

Needless to say, I don’t recommend, encourage, or condone this style.

I don’t recommend the pimp/psychopath style, also because you tend to get lower quality women.
Also read “Women Who Love Psychopaths” and “are psychopaths successful with women“?

So back to more value-adding styles:

Sex-based seduction are high-risk and high-reward.
Quick and hot sex is the reward. Driving away women who need a slower build-up -or have hung-ups around sex- is the risk.
Better not trying this via text, the risks far outweigh the rewards. It’s far better to allude to sex, but never go caveman via texts:

Hint at the sexual, but more in a romanticized way. Avoid full-on sex talk via texts

If so many different styles are effective, why do people argue on what’s “best”?

For a simple reason: people become their style.

And when their style becomes who they are, they are not really promoting or defending a style, but they are promoting and defending themselves (plus, sometimes, their businesses).

As a rule of thumb, the more they have invested, both in time, finances, and self-identity, the less open-minded they will be.

Let’s review the biggest “seduction beef” going on these days:

The two were bound to distrust each other.

First of all, there are power dynamics.
Whenever someone enters a new circle (alpha male strategies), the old guard will often get defensive (pick-up artists).

Plus, in this case, they also have quite different philosophies.
The alpha male strategist is low in games and high power, and that’s why men more schooled in routines and “verbal game” don’t vibe with it.

Pick-up artist Todd Valentine calls the “alpha male style” a “disturbing trend” that is “really holding guys back”.
I see his point, and I even partially agree (see the “cons” above). But I think Todd is being too harsh and missing on the power dynamics aspect of dating.

So you are better off with both.

Which One Should You Go For?

Power is important for effective seduction, so it’s best to take it into account when choosing a style.
Red are low-power styles, green are high-power styles: