This post is a collection of some common texting mistakes that turn guys off.

While it was you who wanted to get in touch, ping texts shift the burden on him to actually come up with something meaningful.

It screams that you are trying to make him chase and make him invest in you.
But it does so in the wrong way.

Him: Hmmm… She contacted me.
Do I have anything to say?
No, then why should I try at all?
I’m just gonna send the ball back on her court instead (and hopefully she’ll get it)

Notice the girl below makes the same mistake twice.

The first text was useless and I give her a chance to articulate her thoughts.

But instead of fleshing out a meaningful message, she shift the burden on me once again (demanding I explain).

Now if we had been close, I might have taken the time to explain. But we weren’t close enough for her to demand so much investment.

We had a good time and I sincerely wish her well, but that was our last text.

They suffer from the same downside of all the “let him invest tactics”: less discerning men will chase you.

More socially aware men will get annoyed.
Read more details on why you should aim for balanced investment.

I used to cal these texts “rudderless boat texts”.

Because they communicate the woman relinquishes control of her life.

And if she relinquishes control of one of the most important areas of her life, what does that say about her?

Some rudderless texts are hilarious in their timeless idiocy:

Even when you’re sincerely on the fence, rudderless texts make you look indecisive.
If they’re excuses because you don’t want to meet him, you can do better. If you’re really not sure, then think about it and reach a conclusion.

And if you actually like him, then lady up and go for it (or other women will).

No plan is a plan to fail

When you get angry, he is reassured that you are emotionally invested.

That easily translates into the feeling that “he has you”.

Indeed, when you get snippy two possible things happen:

And, worst of all, you look like a low quality woman who can’t control herself and maintain a polite, respectful conversation.

High quality men don’t want angry women.
How do you think it’s like to be in a relationship with a woman who often rages and flies off the handle?

I can tell you that: it sucks.

My reply was a joking way to nudge her into dropping the bragging tone.

But when she got snippy I knew for sure that she was indeed trying to impress me and that she was emotionally invested.

If she was really bothered, stopping communication would have been a better way of sending the message.

But the best course of action was to make a joke about it an move on. That would have actually given her some points.
Something like:

Woman Who Gets It: LOL yeah, I like making sure people know they’re talking to a big shot :D. Jokes aside…

Woman Who Gets It:LOL, I want to make sure you know you gotta bring the A game around me :D. Jokes aside…

Instead her reply communicated that she was totally under my thumb.
And that she would make for a poor relationship partner, too! 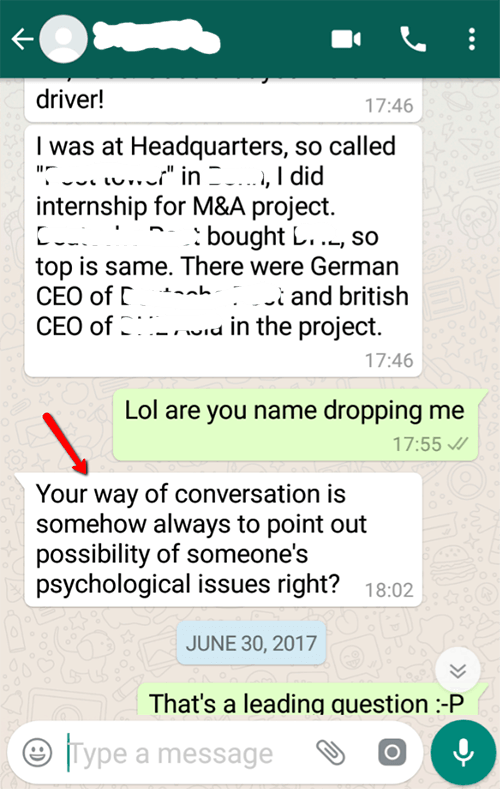 Stay cool or ghost out trying

I’m not even gonna dig on my phone for examples: don’t do it, just don’t do it.

Talk to me texts let him know that you were thinking about him and that his silence is getting to you.

And maybe both are true and, sometimes, it’s great being sincere and vulnerable.

But do it too often, and they signal insecurity and neediness.

Notice that the first text, in the second part, could actually be a text you should emulate.

It’s like saying “I’m for real, step up and come get me”.

But the first part ruins it. It says she’s insecure and high maintenance from an emotional point of view. 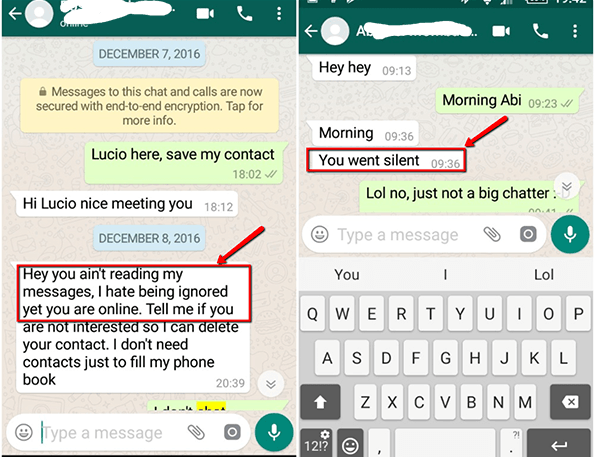 Don’t force him; make him want it

Unless you’re a teenager and unless you two are already lovers you better avoid texting selfies.

And if he’s a cool guy, chances are he doesn’t know what to do with your pictures before you two are close.
He should want you physically in real life, not in byte version.

And worst of all, of course, are unrequested (half) naked selfies.

Trust me, that’s what trans and ladyboys do and it’s a major warning signal for guys who’ve been around the block. 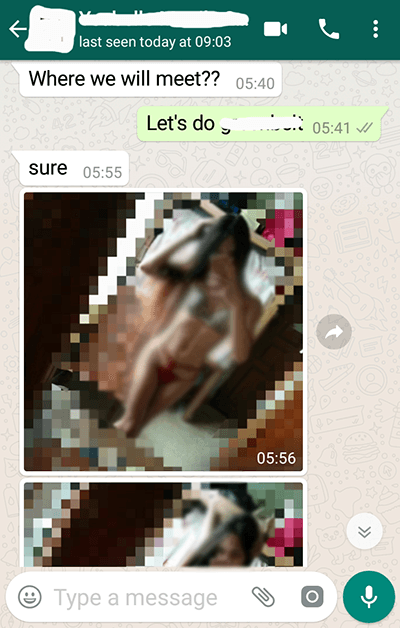 And unless you’re going to marry and be together happy ever after, who knows where those pictures are going to end up.
Don’t risk it, and avoid sexting.

There are many ways to send terrible texts and I could make this list longer.

But I feel these 7 cover some of the most common bad texts I’ve seen around.