Alpha Move: Break the Television and Play a Game

Ian Ironwood
June 7, 2012
The Red Pill Room
It sounds like a no-brainer (doesn't a lot of Red Pill advice?), but the fact is that if you and your wife are having a hard time "connecting", that part of the problem is probably that you aren't playing with her enough. 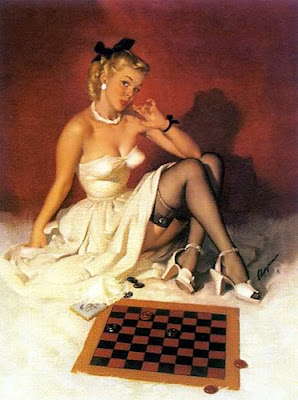 Human beings need play the way they need sleep, food, sex and shelter.  That is, you can go awhile without it, if you have to, but the lack of it is eventually telling on your system.  Our brains require recreation from time to time in the form of carefree, apparently pointless enjoyment in a structured activity.  We know this instinctively as children, but as we go through the rigors of puberty and the maturing process, we abandon the concept of "play" as childish.  We instead begin to cling to the concept of "relaxation", and too often conflate the two when they are two very different things.

It's no accident that part of the Paleo diet that is growing in popularity is the idea that adults should do one hour of physical play a day.  The idea is not just to exercise our bodies, but to put the mind at ease with physical recreation.  It's a serious stress-reducer.

Some adults feel like they can substitute golf or working out or Zumba or basketball or other "grown up"
activities for real play, but for far too many these recreations end up being sources of stress themselves. I've seen men get more worked up over their golf game than missing a promotion opportunity.  When your "play" starts being more aggravation than it's relieving, then you aren't really playing anymore.

But one other important aspect of play is its social function.  When we play, we like to play with others, and we end up socially and emotionally bonding the other people we play with.  We play cards with our friends, or videogames, or go bowling, or play Dungeons & Dragons, or any number of things with our buds.  We can enjoy the thrill of competition in a controlled, ultimately meaningless setting in a way that replenishes our emotional deficits and encourages us to feel more kindly to our fellow man.  We like to play games, give it our all, and then enjoy the camaraderie that results afterwards. 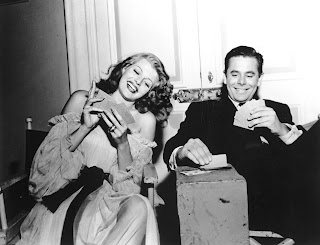 So . . . when was the last time you played a game with your wife?

Seriously, even those adults who are committed to playing are often reluctant to engage their spouses, for fear of initiating a conflict unnecessarily.  But what these folks are missing is that through the interaction of play, we engage parts of our spouse's intellect and emotions that we're often ignorant of experiencing.  Let me give you an example.

Mrs. Ironwood, as you all know, is a brilliant workoholic who is doing her damnedest to make the World A Better Place.  That means she puts in a lot of hours and gets home late sometimes.  And a full day of emotional investment in your job (while thinking about all of the domestic issues you're letting slide) followed by a brief but intense family experience when you get home (while you're thinking about all of the crap at work you're letting slide) often leave you emotionally drained at the end of the day.  Needless to say, this is not conducive to nookie.

Mrs. Ironwood's chosen post-work de-stresser is television.  She needs her "brain candy" fix to help get her mind off of work and into a neutral enough place just to sleep, much less have sex.  I'm sure many of you can relate.  And it does help -- to a point.  A half-hour of Jon Stewart and Stephen Colbert is usually enough, or reruns of Big Bang Theory, or maybe even (in the right season) a new episode of Bones or Castle or The Mentalist . . . and she falls right asleep afterward.

Of course that often leaves me at odds, having anticipated nookie all day.  I'm not a dick about it usually -- if Mrs. Ironwood is wiped out from her day, I can certainly understand and let her rest.  But when those sorts of days start piling up in great consecutive heaps, that becomes a problem.

So a few years ago we got into this rut where she would come home from work, tell me about her day, eat dinner with the kids and engage with them until bedtime, then a combo of working on her laptop in bed and zoning out until she couldn't keep her eyes open any longer, then pass out, rinse and repeat.  Needless to say, after a while the rut seriously cut into my savoir faire, and I began to resent the television.  Oh, I resented her work, too, but the TV was what was sapping her of any emotional energy to engage.  No matter what I did to try to distract her she clung to her comfort-zone of routine.  Six weeks, seven weeks, the ennui and lack of attention was starting to bug me.  And then it started to get me frustrated.  When I caught myself starting to get bitchy about it, I realized I had to break the cycle.

So I broke the TV.

Not really -- I merely removed the HDMI cable connecting it to the cable box.  But the TV in our bedroom was, for all practical purposes, off-line.  When she got home that evening and hit the remote control and saw the big blue screen, she freaked out.  She called me in, asked if I had paid the cable bill (yes), and then begged me to figure out what was wrong.

I appeared to give the television a close examination, scratched my beard thoughtfully (hey, that's what it's for), and made a couple of thinking noises.

"Yeah, it looks like the HDMI cable is missing.  The cable box can't send a signal to the TV set."  Since Mrs. I's technical expertise is more electron-microscope-related, she was utterly at my technical mercy.

"Well, how the hell did that happen?  Where is it?" she demanded, testily.

"Why?  Was there something wrong with it?"

"Yes, actually," I assured her.  "It was sucking my wife's brain out of her head and depriving my penis of comfort and joy.  So I removed it temporarily to let the condition ease."

"That's not funny, Ian!" she yelled, irritatedly.  Okay, maybe not 'yelled', but her nostrils were flaring.  Also cute.

"It's not," I agreed.  "It's tragic.  I realized that I was paying the cable company to keep me from having sex, and it was starting to piss me off.  I thought I'd try this little experiment before I had it disconnected."

Now that was going to far, and I could see by the dangerous glint in her eyes that I was on thin ice with this little trick. Now, while this was technically before my Red Pill days, I was already starting to figure some things out.  Like if you take a stand with your wife, you'd better not back down before she understands your point.

She groaned.  "What, after we have sex?"  I could tell she wasn't in the mood for that, not right then.

"No," I said with great patience and as much condesension as I could muster, "you'll get the cable back when you beat me at Scrabble."  For dramatic effect, I threw the Scrabble game in the middle of the bed.  We'd gotten it at Christmas from one of our friends, but hadn't even taken it out of the box. 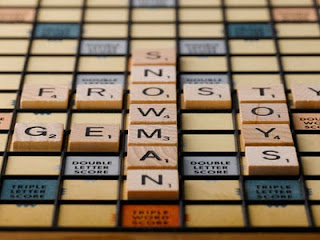 I shrugged.  "If you don't think you can hang I can give you a two-letter handicap," I offered, graciously.

She snorted derisively.  "In your dreams, Liberal Arts boy.  But fuck that: fix my TV!"  Despite her desperation, I could tell she was already wavering.

"No.  Besides, it's my TV, remember?"  Of course she remembers -- I bought it without consulting her with some freelance money she didn't know about and it sparked a three-day fight.  "Tell you what, if you want some time to think it over, I'll--"

"Just get the board out," she growled.  "I'm so going to kick your ass and then you're never going to pull this kind of shit again."

"You can dream," I said, graciously, as I pulled out the pristine little bag full of letters and offered her first selection.

She began the game in a surly mood, but after I put on some music, made sure the kids were asleep, and fetched us both some cocktails, we had an enormously good time.  I won, keeping the cord for another night, but Mrs. Ironwood freely admitted that she had a really, really good time losing at Scrabble.

(Before you conclude that she threw the game to protect my delicate male ego, be assured that Scrabble is one area where both of our egos are sufficiently engaged so that we play with the fervor of gladiators at bloodsport.  I'm a professional writer and a word nerd, she's written books on medical terminology and was president of Latin Honor Society in high school.  When we play Scrabble, it's to the death.) 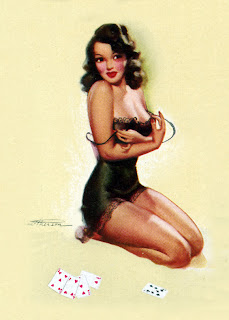 What started as a temporary snit soon evolved into a semi-regular routine-breaking game that provided both of us with a mental and emotional respite from the rest of our lives.  We could be competitive at Scrabble without fear of alienating each other.  We could talk about our day, work out some relationship issues, gossip about our friends, have a couple of cocktails, and indulge our brains in a complex, detail-oriented task that didn't have a damned thing to do with our real lives.  It was breathtakingly refreshing.

Husbands and wives just don't play together as much as they should.  In working separate jobs, playing tag-team to get the kids where they need to go, dealing with the inevitable drama of work, friends and family, plus the constant pressure of dealing with each other so intimately that it starts hurting your relationship with over-familiarity and under-appreciation, we lose the simple and precious experience of interacting about something trivial and enjoyable.  If all of your conversations with your spouse revolve around problems, your mind is going to naturally going to start associating your spouse with problems, not enjoyable interactions.

It's not about who wins -- the last thing you should do is get hyper-competitive and domineering about it.  Choose a game you both like, that doesn't favor either of you overmuch, and that you don't mind losing.  In fact, it's good for a man to loose a game every now and again.  Demonstrating to your wife that you're gracious in defeat is a serious DHV.  There are plenty of classic games like Yahtzee! and Monopoly and plain ol' Gin Rummy you can do with her and have an enormously good time.

Hell, even a game of chess can hold promise. 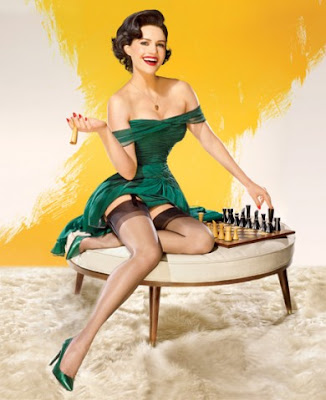