I was skulking over at Alpha Game today, after getting my invaluable post on marriage 3.0 up, when I read this:

"If someone is looking to apply Game to his life, what would you identify as the most important change/action to take to get started?"

As usual, there were a lot of great Manosphere responses, mostly reiterating the absolute importance of fitness. I'm not going to contradict that, as there is too much truth to it, but I ended up posting the following response, and I think it's a darn good one. There are a lot of Betas out there, hovering on the edge of the Manosphere, eager to take their first step into a bigger, more challenging and more masculine world. But they don't know how to commit to it meaningfully -- not to their wives, but to themselves. It's all too easy to give up, whack off, and play WoW for the rest of the night. Let's face it: personal transformation is hard.

But there are ways to assist it along. One dramatic and often under-utilized way is by altering your visual appearance appreciably. If you're truly committed to the Red Pill path, and you're trying to activate a visual component, then the next best thing to growing/shaving a beard for a dude is this: 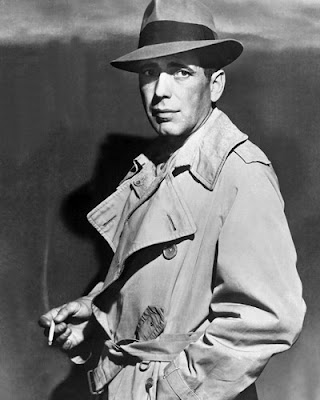 Not just any hat. Buy a black fedora, in your size, as good as you can afford. Why, you ask?

I'm so glad you asked.

When it comes to Game, merely working out and learning the intricacies of feminine psychology isn't enough. To truly master Game, you have to come to terms with your own masculinity in a culture that has, for two generations, punished everything about masculinity. 9 times out of 10 a dude who's investigating the Red Pill Road for the first time has been so battered and bruised by this environment that even working out and learning when his woman menstruates isn't enough to do the trick.

When it comes to personal transformation, sometimes an exterior symbol can be extremely potent in the process. Women understand this implicitly, and can successfully use the acquisition of a pair of shoes as a game-changer in their psychologies. The same holds true for men, but we rarely remember it. But it's just as true for us. Consider a military uniform, and how it transforms the behavior and psychology of those who wear it.

Same principal with a black fedora. First of all, they look good on anyone: it's a classic look from one of the last historical periods where unbridled masculinity wasn't merely tolerated, it was admired. Bogey wore a fedora. Indy wore a fedora. Until Kennedy took the Oath of Office bareheaded, it was considered a masculine tradition to wear a hat outdoors, and in its day there was nothing more macho than a fedora.

A fedora makes you look taller, and makes your shoulders look wider. It can hide your expression in a difficult situation. It makes you seem automatically more dangerous and threatening which will affect how others react to you when you wear it. A fedora can be worn in almost any formal occasion and most business occasions. The well-made straw model can be worn in summer or in warmer climes without cooking your head.

But most importantly, a fedora gives you a tangible symbol of your journey you can literally put on and take off. When you're wearing the hat you are reminding yourself that you took the Red Pill, and any special treatment to women in your life is due entirely to either duty or your personal grace, not blanket obligation. It reminds you that you have the potential to be a Bad Ass, and to others you might actually seem frightening. 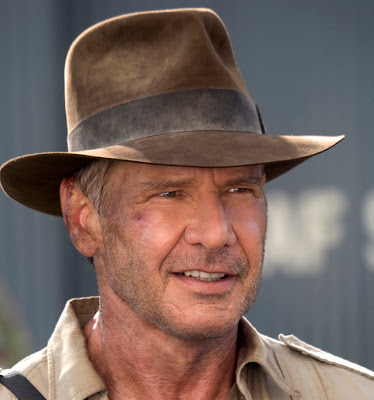 But most importantly it's a radical departure from the norm, and that's the kind of thing you can use to hang your metaphorical Red Pill hat on. A symbol you can wear that reminds you of your own personal aspirations is a magical helmet of macho. It's helpful in peacocking, if you're on the prowl, and it keeps the rain and the sun off you. Black is a power color, one that people notice and stay aware of. A fedora evokes a specific era and manner of behavior, the 1920s-1950s era, wherein men were made of iron and had guts of steel, whether they were facing G-Men, Gangsters, Nazis, or dockside thugs trying to take over the union. It was the non-military headgear of choice until Sean Connery made the dorky-looking Hornburg popular in Dr. No. But consider buying a black fedora, because it makes you more imposing and more noticeable in a crowd.

If you're in a relationship or marriage already and you're trying to have an affect on your wife or LT girlfriend, suddenly starting to wear a hat -- especially a powerful classic like a black fedora -- is bound to evoke some interest. It will at least attract some notice, it will certainly cause a comment, and it might even provoke a fight. She might say she doesn't like hats. That she doesn't like you in a hat. That you look stupid or silly in the hat. She'll use it nine different ways to try to shame you or shit-test you into submission.

But don't relent. Wear your damn hat. Because you're a man, you're dangerous, and everyone respects a man in a fedora. If your wife doesn't right away . . . I guarantee it will attract the attention of other women. Likewise men will treat you differently, too. Sure, she doesn't like it -- but it's not her damn head, it's yours. You don't tell HER what to wear, do you?

But wear the damn hat. Even in your darkest hour, you have that symbol of masculine power to cling to.
Previous Next