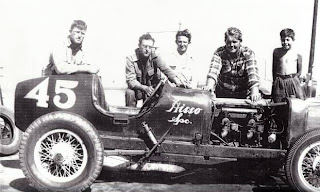 There comes a point in every man’s relationship with his woman where the comfortable familiarity you feel waking up next to the same face every day slowly but inevitably becomes a kind of ennui that can lead to all sorts of snappish behavior.  That seems counterintuitive: you’d think that the more time you spend with your lovely lady, the more time you would want to spend with her.  But somewhere along the way things just get . . . routine.  And if you don’t take care, you can find this familiarity breeding contempt or worse, a plethora of Shit Tests.

I’ve been over this particular bump in the relationship road more than once, but it took years for me to realize its origin and nature before I could formulate an effective treatment.  My first few years with Mrs. Ironwood were the usual hazy cloud of love, infatuation, and novelty sex, so I was appropriately distracted from the issue of relationship complacency.  But about Year Three, after most of a long hot summer cohabitating, going to summer classes, and working food service jobs, we started getting into a long, petty, nasty little rut where we’d seek to out-submit each other for the Blue Pill prize of boredom. 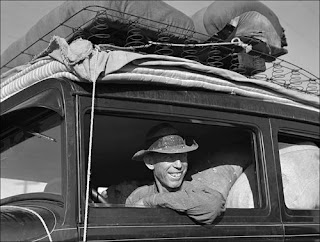 Things got hairy enough to consider relationship counseling – but we were young and broke and uninsured, so we settled for argument and introspection instead.  Cheaper.  Finally, the proto-Mrs. Ironwood cornered me after a particularly viscious and pointless spat, ostensibly to continue it, when she abruptly changed tactics and actually asked me what was wrong.  I thought for the barest of seconds.

“I need to miss you more, I guess,” was all I could sheepishly say.

That took Mrs. I by surprise, but she took it at face value, too.  Within a few days I had found myself signed on to a road trip with a bunch of dudes to another state for the purpose of manly indulgence in masculine things like hitting people with sticks, drinking homebrewed mead and swearing forsoothly.  It wasn’t more than a long weekend, but when I returned I attacked the future Mrs. Ironwood with renewed vigor and lustfulness.  Indeed, I just needed to miss her more.  And vice versa.

There’s an old bluegrass tune I enjoy called “How Can I Miss You If You Won’t Go Away?” and I like it because it is instructive.  As much as we love the dear object of affection, the woman who birthed your children and pledged her undying love to you before the gods and her kin, the woman who would happily take a bullet or cut a bitch on your behalf, that woman whose very name makes your heart beat faster is also the one who can drive you fucking batshit insane if you don’t get out of her sphere of influence and remember where your testicles are every now and then. 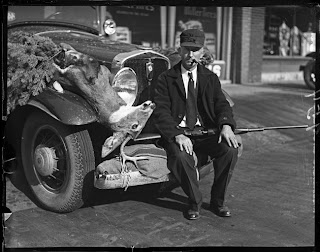 As we've lost our grasp on traditional masculinity, thanks to the overthrow of the Patriarchy, we've also lost some of the noble traditions that kept our revered paternal ancestors from murdering or otherwise ending their relationships with our revered maternal ancestors.  It is a lost truth that every adult man needs to renew the well of his masculinity in the company of other men, preferably in the completion of some quest, contest, or great feat of arms or skill.  In other words, Grandad knew that sometimes the best way to deal with Grandma was to get the hell out of Dodge for a few days, kick back with the guys, and bask in the utter lack of feminine presence.

That didn’t mean (necessarily) that Grandad was getting some homoerotic action on the DL on his hunting trips, it just meant that a straight testosterone injection in the form of male fellowship in the completion of a common goal is oft the best treatment for your wife’s face becoming too familiar to you.

In ancient times, it was chthonic monsters or evil witches or tyrannical kings that needed slaying.  In the Middle Ages, dragons, grails, crusades and general errantry were preferred.  In our grandsires’ day it was Theodore Roosevelt-style hunting and fishing trips in the rugged wilderness that haunted the masculine imagination.  But in our present day and age, this important masculine ritual is typically fulfilled via the expedient of the great American masculine tradition: 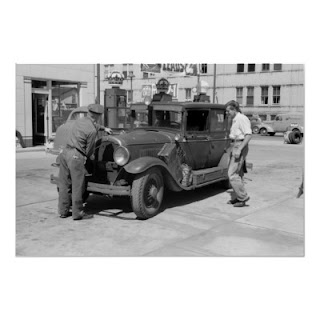 That’s right.  Pile in the car with two or more male buddies (strangers can work . . . if you dare . . .), fill up the tank, load up on beef jerky and diet soda, and drive to some destination of note for a trip of no less than four days’ duration.  Yes, four days – any less time and you won’t be gone long enough for her to miss you.  And that’s part of the point, for her to live a couple of days without you up her butt and to the left. 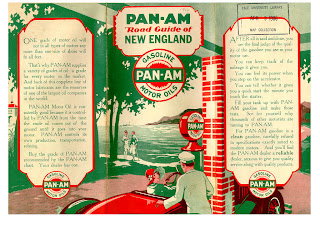 You see, it’s very easy, especially in a cohabitation or marriage situation, for you and your woman to take each other for granted when it comes to a lot of the daily chores and minutia of living.  Often it’s a matter of the female becoming dependent on the male for certain chores, and a few days of her being forced to be self-reliant and miss you is a good way to remind her just how valuable you are in her life.  And a few nights with no one snoring next to her is sure to inspire some anxious thoughts.  Inevitably, those late night what-would-I-do-without-him? internal monologues are great ways to make her think dreadfully without you actually having to employ Dread. 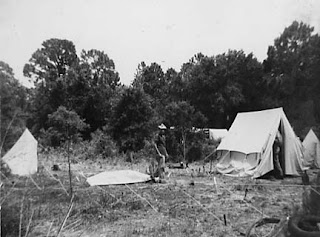 As has been said here and elsewhere often before, Girls Become Women Naturally, Boys Must Be Made Into Men By Other Men, reflecting the importance of male mentorship in the maturing process that turns an adolescent male into a functioning adult Man.  Women enjoy a biological edge to their maturity, and apart from the occasional hint about how to get blood stains out of an all-white sofa, a woman’s body largely takes care of providing her with what she needs to become a full-fledged, reproducible adult.

For dudes, however, that process is far from automatic, and usually a culture has developed an entire suite of rituals and customs to usher the boys of the tribe into manhood.  But what is rarely discussed is the importance of being able to regularly renew that sense of primal masculinity, either through challenge and introspection or through competition and camaraderie with your fellow men.  Men, as a rule, borrow each others’ masculine power the way women borrow each others’ purses.  If  we don’t have a chance to wallow in testosterone with our buds every now and again, we get wimpy and start watching Dancing With The Stars even when our wives aren't around.

There are many essential elements to a ball-busting cross country hellride: a working vehicle (recommended) at least two fellow men around your own age, a pocket full of gas money, and a destination.  Discussion of all pertinent Manosphere topics are fair game, with no lasting blame or recrimination being levied for voicing unusual ideas (unless it’s just too good to pass up, like the way Dennis has a thing for girls with little boobs), and with the tacit understanding that No One Talks About Fight Club.  What happens in the car, in other words, stays in the car. 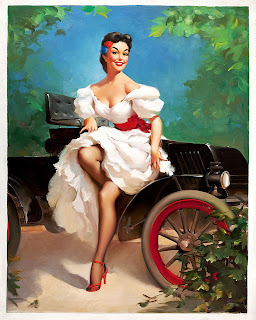 The discretion involved in an all-male roadtrip is one of the foundations of the Bro Code.  If Steve talks about how he felt up his cousin once, then it stays there – you don’t want your buddies’ deepest, darkest secrets to become fodder for the FSM -- that's the clinical definition of "the wrong hands".  No one likes a gossipy dude, and betraying male trust at that level is hard to forgive and forget.

This includes any lengthy discussion about sex, women, sex with women, women with whom we’d like to have sex, and sex with that one chick that one time.  It also covers any women you see, meet, or flirt with.  All such discussions are protected.

Alcohol is often involved in these endeavors, as are drugs of various sorts.  See: The Hangover.  Your Masculine Cone of Silence extends to this area.  NOTE: You should without fail do your best to AVOID INCARCERATION when it comes to a Road Trip, as this just eats into Fun Time, and has a tendency to turn Beer Money into Bail Money, and that’s just not very much fun.  (Bright side: you might get the opportunity to live out that homoerotic“gang raped in prison” fantasy on your bucket list). 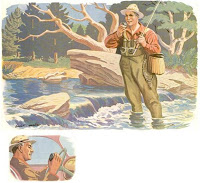 But even the talking and drinking aren’t the important parts of this Alpha Move.  The important parts revolve around how you, yourself, reclaim your masculinity.  That starts with distancing yourself from your relationship.  This is hard, particularly if your friends all refer to you and your wife by a collective name.  But if you cannot establish and protect your own individual identity from your wife if you don’t go out and be your own man for a change.  And if you don’t remind yourself how to be your own man . . . you won’t be.

The temptation to invite your honey along on your adventure is great, but you should resist.  Sure, having theoretical access to your favorite ladyparts is a great idea, but the whole point of this endeavor is to give yourself some perspective and an unmitigated  dip in the testosterone tank.  Hell, don't even call her more than once a day, and don't text, either, if you can possibly help it.  It’s not just whether or not you can manage to feed, bathe, and clothe yourself properly without her assistance, it’s about how you carry yourself around strangers, how you behave when you meet new women, how you act when no one around you knows jack shit about you but what you tell them. 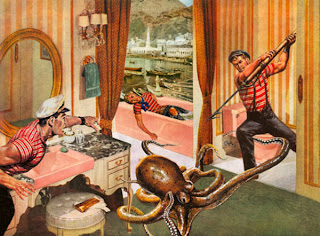 It’s an opportunity for soul-stretching adventure, for testing yourself and your limitations, for redefining who you are and what that means.  It’s about how you have to sometimes rely on unreliable people to finish what you started, and how to go about doing that.  It’s putting yourself in a controlled crisis situation and watching yourself react and perform.  It's a reminder of those tests-of-manhood you endured in your youth . . . and why they were so important then.  Surprise surprise, they're still pretty important.

I’m not saying you have to go running with the bulls, diving the rift, or run some crazy cross-country rally race – but a road trip with a bunch of dudes is a unique and vital way of feeding the masculine soul, and one that is incredibly fulfilling, even when the trip just sucks.

And of course, when you do return, don’t screw around with any “So how was your trip, honey?” bullshit.

You walk in the door, you start taking off your clothes and bellowing for your woman.  If she isn’t utterly happy to see you, and eagerly looking forward to the trip to PoundTown you’re about to give her . . . well, maybe she needs a couple more days to miss you more. 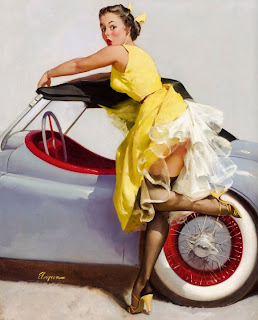