Ian Ironwood
March 22, 2012
The Red Pill Room
This one is a little different. 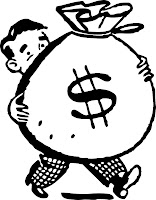 Most Red Pill dudes understand implicitly the role that money (security) plays in courtship.  It's the simplest way for a man to buff his Sex Rank -- billionaires get some play.  Now most women will insist that it isn't actually the money, per se, it's money a a sign of success, ambition, yadda yadda yadda, whatever their Hamster tells them to say to keep from being perceived as a money-grubbing goldigging bitch -- fair enough.  The fact is, most women aren't money-grubbing golddigging bitches, far from it.  Money is just a simple metric to measure potential security in a mate.  But that doesn't mean that money doesn't play a role in their sexuality. 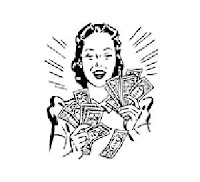 Mrs. Ironwood is a case in point.  She was raised in relative affluence, thanks to an ancestor of hers inventing a popular over-the-counter drug and cashing in.  She lived in the "Old Money" part of town (although to be fair, since her family's fortune was post-Civil War and pre-Depression, it's technically counted as "New Old Money" -- that's just life in the South) and went to a private middle school and was a debutante and did other affluent things the extravagance of which now embarrass her.  I count myself fortunate among husbands in that my wife actively dislikes jewelry, thanks to a father who gave her far too much far too early to make up for being . . . well, her dad.  The only jewelry I've ever given her was her wedding ring.  Her ears aren't even pierced.

Of course, after her parents' divorce and subsequent financial implosion, the money went away, not that she really missed it.  I met her a few years later when she had just turned 19 and was living in a student slum and working as a receptionist, donating plasma to make rent.  Good times.

But thanks to her upbringing, she has no desire for ostentation or status symbols or any of the other crap her peers seem to be invested in.  Money doesn't impress her, save as resources to be devoted to her children and her family.  I found that intensely arousing, and an important quality in a wife.  Better, people with money don't impress her, and I've seen her snub millionaires and corporate CEOs to have a chance to speak with an Auschwitz survivor.  Money, as an abstract construct, just doesn't impress her.  One of the many things I love about her.

A year after we had moved in together (around 1992), while I was still in college, I sold my first published piece.  To be fair, I'd sold it three years before, it was just taking forever to run through the process.  But in early 1992 my first book came out, right after I met her.  Much to my delight it did well -- in fact, it hit the New York Times Best Seller's list.  And after riding that particular DHV for all it's worth ("Yes, Mom, he isn't just a loser Liberal Arts major -- he's a New York Times Best Selling Author!"  = GOLD) a month or so afterwards I caught a second wave.  My royalty check came. 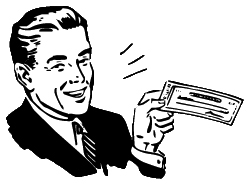 Now, understand that in 1992 I was making about $15,000 a year in temp jobs, waiting tables and under-the-table stuff while I struggled to finish up my two bullshit majors that had no hope of finding me a job.  I had lived with my parents through most of that to save money, and I was driving a crappy old Vega station wagon (the first vehicle John Delorean ever designed, BTW).

Suddenly I had a check in my hands for a sizable portion of my annual income . . . and I had earned it with the power of my brain.  Mrs. Ironwood was certainly impressed.  And she was 19.  Do you know how an impressed, in-love 19 year old woman expresses herself?  Physically.  Noisily.  And with great eagerness.
Yeah, it was like that.

But here's where it gets interesting.  After arranging to buy a new-to-me Mustang (another story, and a lot more sex) I secretly took out $2500 from my account in cash.  In $100 bills. 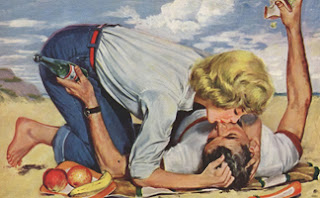 That money was destined to be spent -- I had bills to pay.  But I wanted to try an experiment, perhaps one of the earliest Red Pill experiments I ever did.  I went home to find the future Mrs. Ironwood doing something or other, and I pulled her into the bedroom.  And then without a word I stripped her naked.  Then I reclined her on the bed.  Then I started laying $100 bills across her skin, all over her naked body.


I was testing a theory of one of my all-time favorite sci-fi authors, Robert Heinlein, who had mentioned in the Notebooks of Lazarus Long that "Money is the best aphrodisiac, but flowers work almost as well."  I was young, goofy, and had just written a NYTBS novel -- I was at the apex of my mid-20s cockiness.  And I wanted to see if the future Mrs. Ironwood, considering her affluent upbringing, would respond with anything other than "Ick!  You don't know where that's been!", which is what I expected.

What actually happened was very different.  I witnessed the incredible sight of her rolling around in $100 bills in a state of sexual excitement that I had, at that point, never before seen in a woman.  She was a lusty babe when I met her, but put her on a bed of $100 bills and she writhed like a slut in heat with the fleet in town.  Minstrels will one day write songs about the intensity of that crazy afternoon of sex.  At least one neighbor complained of the noise. 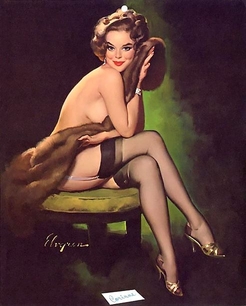 She explained that the boldness of the move -- "It was pure Bull Alpha!" -- combined with the fact that I had made the money out of my own talent and skill and imagination (also, she admits 20 years later, combined with the fact that she was a super-horny 19 year old girl with a nerd fetish) had taken the usual excitement about a visible sign of security like the cash and magnified it in her brain.  It was the ballsiest, nerdiest power-move she'd ever seen.  Damp panties, natch.

I wasn't just demonstrating my ability to provide security, she explained, I was doing it in a bold and deliberate display of nerd power, as primal as beating my chest.  This was MY money that I had earned . . . and of all the women in the world I wanted to writhe around naked in it with, I had chosen her.  She was aroused because even though she knew the money wasn't hers, the fact that I trusted her enough to roll around naked in a pile of my dough was just too hot to resist.  This was me waving my intellectual dick around, she explained, as dominant a move as I've ever done.  She still has fantasies about that afternoon, she tells me.  Hell, so do I. 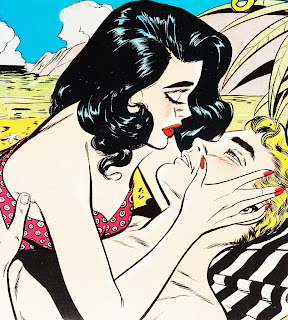 A friend of mine (single, successful player) has a similar trick, a move he plays when he's on the road sarging for fresh poon in states he doesn't live in.  He sits at a bar and orders a drink and just starts playing around with five $100 bills -- oragami, bar tricks, etc.  He doesn't spend it, he just plays with it.  And before the night is over, he's gotten huge attention (doesn't hurt that he's not bad looking, either) from women.  I've watched him fan out his money and lightly trail it over a girl's face, and then follow it with the line "Have you ever had  five hundred bucks rubbed on your nipples?" with an innocent expression on his face.  One of the best closings I've ever seen.  He's occasionally lost a hundred or so, but considering how many times it's paid off, the Hooker Math is more than adequate.  The thing is, he's not even giving the money to the chick -- he's just showing it off in a cocky, playful, masculine way . . . the kind of thing that drops panties.

So if you want a quick, surprise Alpha buff, and you can afford it, consider this move.  It's best if the money is something you earned or won with your manly skill-set (it doesn't work as well when she knows you just took it out of savings) but any naked display of wealth like that, particularly with an aggressive and cocky presentation, is a serious DHV.  If you can't afford $100s, then consider $50s or even $20s (NOTE: a big pile of change on the bed DOES NOT WORK FOR THIS and it can get pennies stuck in unusual places.  You've been warned.).

Oh, and before you ask, I asked Mrs. Ironwood's permission to share this with y'all.  She hopes you won't think less of her for it. 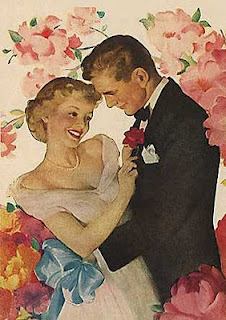 And what she doesn't know is that I'm planning a reprise of this move in a few months when I get a big pay-out from one of my successful Kindle books.  Only this time I'm thinking 50 $100 bills instead of 25.

It's been twenty years, after all.  Inflation.
Previous Next