Ian Ironwood
September 4, 2014
The Red Pill Room
I love visiting the Red Pill Women reddit (and the venerable Red Pill reddit) to wallow in the trenches, so to speak, and see what the biggest concerns various folks have might be.  In RPW there were so many posts concerning how a wife could coax a husband to break his Beta and be more Captainy that they declared a moratorium on that type of question.  Fair enough - that's not the venue for that. 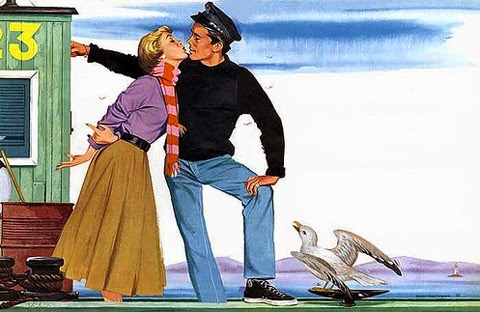 I’ve been asked the question “what can I do to encourage my man to be more dominant/Alpha/Red Pill?” repeatedly over the years. That’s a serious question, because (thanks to Solomon’s Dilemma) coming out and demanding dominance from their dudes just isn't going to work for either party.

But ladies, you aren't without influence over the man in your life.  Just going utterly passive is NOT the answer – it communicates your helplessness, not his ability to lead.  So I turned to my resident expert this morning (Mrs. Ironwood) and asked her to lay out what she did, back in my Blue Pill days, when a rousing chorus of “I dunno – whatever you wanna do” was far too frequently heard around our digs.

If you want your man to lead you, says Mrs. Ironwood, you have to encourage him thusly:

1. Establish expectations: “I want to know what you want for dinner tonight.” 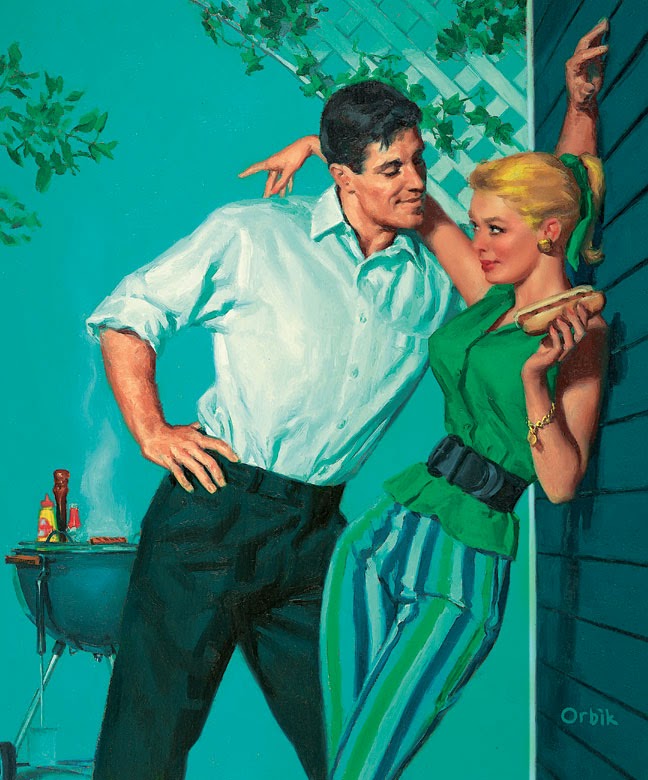 Not “what shall we have?” Not “what do you feel like?” Tell him you want him to decide.  By establishing your reasonable expectations for his leadership by directly or tacitly communicating an expectation of leadership, you give him the permission he needs to be decisive without worrying about encountering an argument about his decision.

If you make being decisive unequivocally HIS responsibility, he will eventually do it right. But if he doesn't know that you expect him to lead, he will be more likely to defer honest leadership in the interests of "equality" or respect for your autonomy.


2. Communicate by GIVING HIM CONTROL of the situation in no uncertain terms. 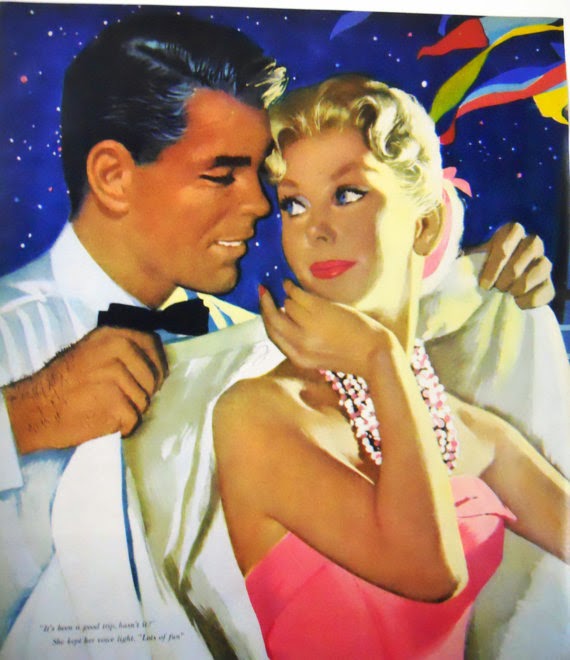 Men act tentatively when they are uncertain of themselves.  Once you’ve established the expectation of his leadership, make certain that he understands that there are no wrong answers.  You have abdicated any responsibility for the decision-making process and you will be content and supportive of his leadership regardless of the results.  If he asks what you want to do, volley back.  Anything from “I have every confidence in your ability to decide” to "I trust your judgment" to “You got this, babe.” 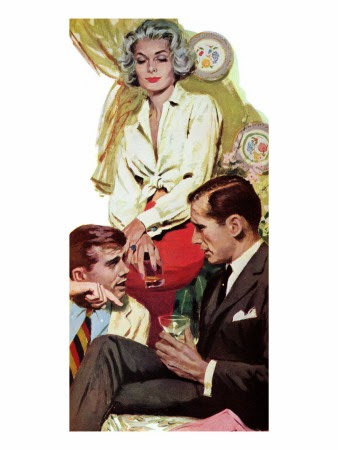 Once you have ceded control of an issue, do not be tempted to revisit it to check his “progress”. Do not offer “helpful suggestions”.  Do not inform him that he’s “doing it wrong”.  Once you have told a man that he’s responsible for making a decision, doing a task, planning a policy, or what have you . . . don’t try to take the wheel out of his hands.  If you were smart, you included a deadline in your original establishment of expectations.  If his performance is lacking, you can observe that without interfering and perhaps even offer support to the process without making yourself involved in it.  This is sometime known as the "make sammiches" phase. Sometimes the most effective thing a woman can do with her man is to back off and let him figure it out on his own.

And sammiches are always a boost to morale.

4. Avoid criticism after the fact. 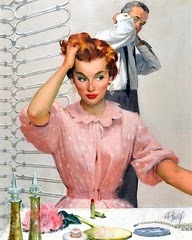 This can be very hard for some women, so be mindful of your own tendencies to second-guess or criticize a man’s performance after he’s made a good-faith effort, and keep your criticisms to yourself.  He is not your employee or your child, remember, he is your husband.  Give him an adult level of understanding about his performance.  And if it needs improvement, which it undoubtedly will, provide the assistance he needs to improve without being tempted to direct the course of that improvement.

Keep in mind that the process of encouraging him to take initiative is a slow one.  He has, in all likelihood, been steeped in a culture in which his initiative and decisiveness have been penalized, and it takes a while for a man to re-learn that confidence.  If he fucks up any particular thing, don’t harp on it; he knows he fucked up.  If you can gently encourage him to do a post mortem of his fuck-up, you might be able to suggest some ideas for doing things differently, but DO NOT re-assume control.  Failure is part of the process.  It is from our failures that we learn.  When men fear failure more than they desire success, they stop trying.  Your job, as his First Officer, is to ensure that his failures are not so painful, so distracting that he fails to learn and withdraws from his own ambitions.  You encourage him to always be trying, because the sweet reward of success is far greater than than the thoughtful balm of comfort in defeat.

It’s a hard job, I’ll be the first to admit.  Particularly as women have been encouraged to “speak their mind” and “communicate” exhaustively for the last forty years.  It defies your training to withhold criticism and offer suggestions – that’s what you would do for a good girlfriend if she failed at something, correct?  But not with your husband.  He doesn’t need your advice.

He needs your Caritas.  Desperately. 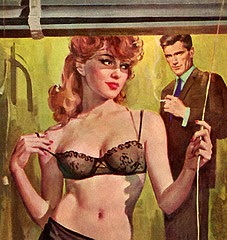 Victories should be celebrated and generously rewarded.  Defeats and failures should not be rehashed and examined to the point of humiliation.  If you have a job as his First Officer in relation to your husband’s happiness, it is to bolster his emotional support at such a time.  If he wants your specific advice (and he may) he will solicit it.  If he has had success in leading and accomplishing, then rewarding that achievement improves his perspective tremendously.  If he fails, knowing that you still have his back, uncritically, is more important than the fact that you know EXACTLY where he went wrong. 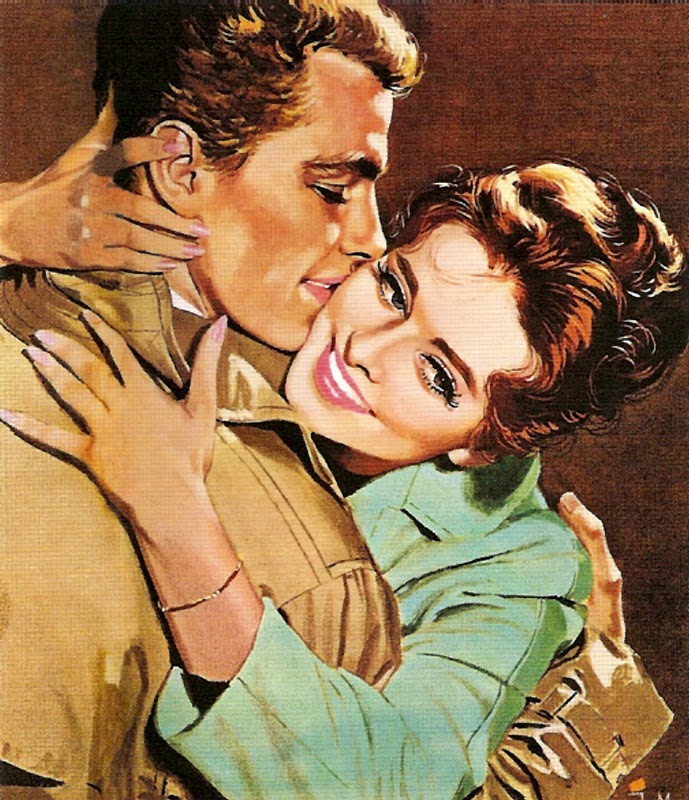 Encouraging your husband to lead without taking the wheel yourself can be frustrating, but ultimately highly rewarding.  Sometimes the most frustrating moments end up being the most instructive.  Sometimes the worst fuck-ups end up being turning points toward a better man.  But you can’t FORCE him to lead, and you can’t DEMAND he lead.  Quiet, thoughtful encouragement, strong loving support, creating the space and giving the permission, and enthusiastic follow-through give him the ingredients he need from you to be the kind of Captain he’d like to be.  Hopefully one that you want to follow.