Male Birth Control: It's Here, And It's A Game Changer

I stumbled across this link today, and after I read it the world wobbled the way it does when my relatively straight-forward idea of how the future is going to play out gets challenged.  Like this. 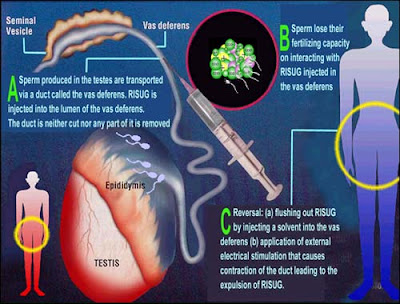 And it's going to change everything.

Most people don't realize just how profound the change was when a large segment of society got access to reliable birth control the first time.  Simply put, this wonderful biochemical gift enabled female hypergamy and plenty of lusty evenings without worrying about the possibility of pregnancy.  That allowed married couples to limit the number of kids they had and devote more resources per capita, thus improving the next generation's socio-economic circumstances.  Or it allowed your wife to go sleep with that dude with the 12" pecker next door and not get knocked up.  Either way, it was an official Game Changer, like industrialization, digital technology, or liberalized divorce laws.

Of course, with the assumption that the woman you were doing was, indeed, on birth control and took it like a responsible adult has led to many unplanned pregnancies.  Indeed, it's always been the ambitious girl's fall-back plan: find some rich dude, fuck him, get pregnant, let him support her and the kid so she doesn't have to work so hard.  Sure, it sounds shallow and conniving, but I've heard plenty of women (and some die-hard feminists -- I shit you not) declare that as their plan.  And with abortion legal, it really puts the male in question in an unenviable and untenable spot.  Sure, a woman has a right to choose to become a parent -- and I'll support that to my dying breath -- but if a dude wanted to skip that part, he was pretty much at the mercy of the mother in question, and had to live with the result of her decision no matter what his opinion was. As a dude, your best cover is a condom, and they are not (as my brother discovered) 100% effective.  Especially not if the woman in question is deceitful enough to "slip one past the goalie".

With this procedure, you could get your 15 year old testosterone-poisoned son "temporarily fixed", teach him Game, and turn him loose on the unsuspecting female public with a box of condoms and you don't have to worry about grandchildren until he's 25.  Hilarity ensues.

What happens when every dude in High School is suddenly shooting blanks?  A drop in teenage pregnancy, for certain, but a sharp rise in pump-and-dump spectaculars.  And girls won't even have the pregnancy scare to fall back on.  They're going to have to work and compete for male attention among the boys, who won't be nearly as terrified of sex anymore -- and dudes who know Game will know how to exploit that.

As soon as this clears clinical trials, I'm looking into it for my sons.  If I can get them the HPV vaccine, then this seems a no-brainer.  I want grandkids, of course, but I want them in the proper time when my kids can properly support them.  This way, I can ensure that won't be until they have decent jobs and have played their way through the Puerarchy.

But it's not the teenage girls who are going to have it the worst.  This is going to hit the 30-something-and-only-five-eggs-left women who use one-night-stands as a last-ditch effort to get pregnant.  I know two such who went that route.  In the future, no more.

The other group this will hurt, in the long run, are feminists.  If men can ensure that they are infertile until they desire to have kids, then the onus of reproduction AND relationships suddenly goes back to the male, in a startling shift of power.  You'll see wives begging their husbands to get un-fixed so that they can have a baby, and men deciding to wait until they're ready.  That's going to put some stress on some relationships, of course,  but it's also going to remove the power of women to dictate to men when, where and how they are going to have kids, and who pays for them.  And feminists (at least the current Fourth Wave crop) are going to go fucking bananas about this, when they realize that. 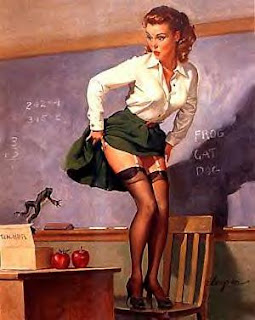 It should be fun to watch.
Previous Next