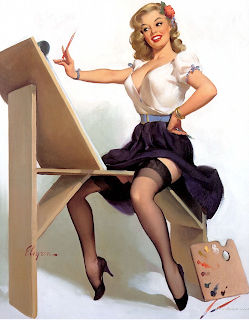 Tomorrow is the 21st anniversary of Mrs. Ironwood and I meeting.  The ironies of the match were many: we grew up within miles of each other, I knew her brother from failing Spanish 2 with him (twice) as well as Scouts, and due to a unique quirk in the social-space-time continuum, she had actually seen naked baby pictures of me before ever laying eyes on me.

But the reason I'm particularly proud of 21, as opposed to 20, is that our 21st anniversary represents the fact that we have concluded twenty solid years together. Petty distinction, perhaps, but from this point forward she will have spent more of her life with me than without me, and I think that's worthy of note and celebration.

So how do you do a good Wolf Alpha/Red Pill Anniversary?  There's an art to it.   I mean, I could just shell out some cash for jewelry she'll never wear, couldn't I?

I'm an Ironwood.  I'm better than that.

Well, first you start a few months in advance.  You make it multi-faceted, and attempt to encompass as many of the points of your union as you can.  You include the element of surprise and sentimentality, and you spend a whole, whole lot of time, energy and effort to carry it off -- especially while you're recovering from an as-yet-diagnosed-but-undoubtedly-disturbing illness.

Let's start with the art.

Not everyone is naturally talented at art -- but everyone has some talent in some type of artistic media, whether they recognize it or not.  Hell, everyone can fingerpaint.  But if you do have a moderate talent at something like drawing or painting or sculpting --perhaps something you've dabbled in, but never pursued seriously.  Consider indulging your creative side and allowing your admittedly unpracticed hands manifest your feelings for your wife in your preferred media.  And the element of surprise means that if it really, really sucks, candy and jewelry is always on the table. 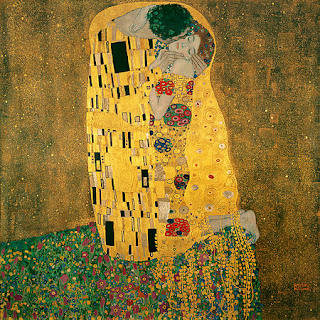 Hence, the painting.  She loved it, we hung it on the wall unframed until it got dusty and we moved some stuff around, and for the last few months it's been languishing behind the computer desk, unseen and unappreciated.  So I dug it out and took it to my buddy Lance to be framed.

Simple.  Elegant. Meaningful.  Cheap.  A pleasant surprise that adds to the feel of our mutual playground and business office.  She'll feel bad, because she probably got me a card and something silly, and here I did all this meaningful-yet-erotic-yet-romantic-and-braggable stuff.  Indeed, thanks to her schedule, it's 50/50 that she'll even forget our anniversary, unless Google Calendar comes to her rescue.  That might inspire some truly incredible contrition sex, and we all know just how much fun that can be!

A mere mortal would be content to sit back and bask in the glow of his accomplishment.  A unique, thoughtful, and practical gift laden with romantic meaning is pretty hard to beat.  And there will be dinner -- I'll cover that later -- and other typical anniversary fare. 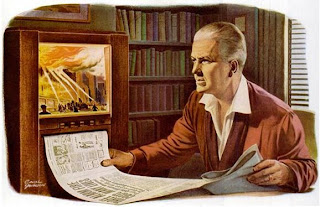 But that's far from all I have planned.   I'm just getting started.  Over the course of the next week, there will be more surprises.  More wonders.  More excitement.  (and hopefully no more Urgent Care visits).  And when it's all said and done, if I've done my job right, then my wife will be preternaturally devoted to me and convinced that I am the Best Husband Ever, in the cosmic sense.  And once again I will have raised the bar on everyone else. 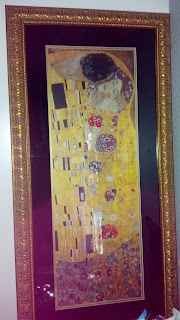