The Manosphere review over at stagedreality

Ian Ironwood
June 11, 2013
The Red Pill Room
Wanted to give a shout-out and point out a review (first!) of the Manosphere book, over at stagedreality by blogger Leap of Beta.  I won't add too much to what he's said -- it stands on its own -- but I accept the criticism as eagerly as I do the praise. 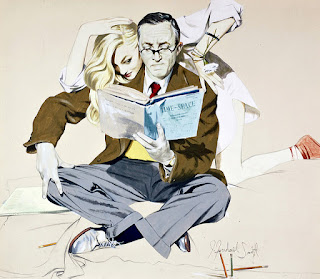 While we both come from different backgrounds and we're at different stages in our lives, with different values and different perspectives, we're both men in this century, and by participating in the Manosphere we help bring other men to wisdom and maturity.  And how to get mad poon.

The book really grew out of the 2011 debate that tried to define the Manosphere as either a MRA phenomenon or a PUA phenomenon.  While both had outstanding claims to the role, the fact is that the Manosphere is bigger than both of them, and is inclusive of both of them, plus plenty of other dudes who were some mixture of both of those and more.  The Manosphere exists, and will continue to develop, as a 21st century vault of wisdom and debate about masculinity and a means of the un-fathered to help initiate themselves into the company of mature men.  Or just get mad poon.

Thanks again to Leap of Beta, whose own blog is worthy of checking out regardless of what he says about me.
Previous Next