The Most Interesting 9 Year Old In The World 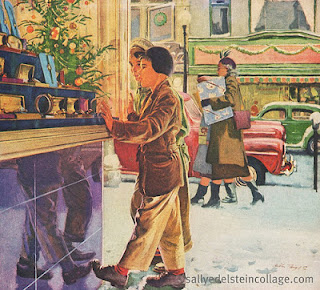 I rarely talk about my kids here, because I don't want to drag them unnecessarily into anything that might be considered sordid, but this bears repeating.  For those of you just tuning in, Mrs. Ironwood and I are raising three precociously brilliant kids.

The eldest is a 13 year old boy who is intellectually brilliant but struggles socially -- think Sheldon from Big Bang Theory, only with far more interest in boobs.  My daughter (let's call her "Kitten", because she would like that) is 11, artistically gifted to the point of commercial consideration, is hyper-aware socially, and loves her Daddy more than life itself.

Then there is my 9 year old.

While he's almost as intellectually smart as his older brother and almost as artistically talented as his sister, his most impressive talents lie elsewhere.  Not only is he cute and smart . . . the boy has serious Game.  Like, better Game than most grown men.

Let's call him Bob, because he'd like that and it's the name of his favorite dog, not because it's anywhere close to his real name.  Bob has Game far beyond his years.  A recent episode demonstrated just how much Game he had, and I think you might find it instructive.

Mrs. I and I took the kids to a rare social event in which we reconnected with many old friends, some of whom had children about the same age as ours.  One couple's daughter, let's call her Sophia, is just a few months older than Bob.  Bob recognized that fact at once, took an interest, and began to plot his moves the moment he arrived at the party.

I tried to warn Sophia's dad, Seth, about Bob and his interest in his daughter, but Seth dismissed it with a wave and a chuckle.  "They're kids," he insisted.  "I'm not worried."

I was on "kid duty", which meant I stood out on the deck and talked and smoked cigarettes and watched the kids play in the backyard while Mrs. I was inside catching up.  I watched with fascination as Bob examined his environment and chose a comfortable porch swing.  As twilight fell, he claimed a spot at one end and made the rest of the cushions into a comfortable nest.

When Sophia next ran by, he caught her attention by calling her name.  She turned to look, and he gave her a  stare.  Then he patted the space next to him, and with supreme and utter confidence he told her "Join me."

He didn't ask.  It wasn't even quite an invitation.  It was a politely-worded instruction.  Sophia balked, in response, and said something catty, because his 11 year-old sister was in earshot.  Bob ignored his sister.  He just patted the seat again, twice, very deliberately, and kept looking at her.  Within sixty seconds she was sitting next to him.

For the next ten minutes I vicariously witnessed my youngest presenting as The Most Interesting 9 Year Old In The World.  He asked about her school.  Her pets.  He told her about his, and discussed the differences.  Then he asked how she was feeling, and made sure she had a drink within moments when she admitted she was thirsty.  His arm landed just behind her shoulder when he sat down.  She laughed at a joke (it was genuinely funny, but even Bob knows when a woman is trying too hard) and he knew she was hooked.  Then he started talking about the full supermoon, and how it was larger now than ever, and why it looked that way, and how pretty it was, at which point his sister exclaimed a loud "Aw, Come ON!" in disgust in an effort to c-block him.

Bob was nonplussed.  After his successful approach and his hook, he used his sister's reaction as an excuse to invite Sophia to go inside and watch a movie.  Isolation.  The kid is a natural.

That's when I reminded Seth about Bob's interest in Sophia.  Seth looked up and saw them walking back into the house together and laughed.  "Aw, it's sweet!  They're just kids," he reminded me.

He didn't know Bob. But since he was inside, that was out of my zone.  he was Mrs. Ironwood's problem now.

Half an hour later, Mrs. Ironwood came out for a kid-check and head count.  The older two were still chasing fireflies with the big kids, but the younger two were absent.  I told her they were inside.  Alone.  Together.  Her eyes got wide.

"Seth, come with me, now," she demanded, and he reluctantly got to his feet to follow her.  They went down the hall to where the "kids room" was only to find the door shut.

"It's nothing," assured Seth.  "Sophia shuts her door all the time.  It was probably just too loud out here."

Then he tried to open the door to find it locked.  He turned around and looked at Mrs. Ironwood in horror, as it struck him for the first time that he had a daughter, and just what that meant, as a father. I couldn't help but sympathize.

"I warned you," Mrs. Ironwood said, shaking her head.  "Now turn around, Seth, and start being a Dad.  You have a daughter, and when it comes to this sort of thing you need to be that dad."  It took him a moment - he was reluctant to acknowledge the truth of the matter - but he was banging on the door in seconds.

"Sophia, you come unlock this door RIGHT NOW!" he demanded.

"We're just watching the Incredibles!" she called back, saucily.

"Unlock the door . . . NOW!" Seth insisted.  It took far longer than it should have.  Seth aged visibly in the duration.

When the door finally did open, Bob was sitting back on the futon, cool and at ease, while Sophia indignantly confronted her father.  "Daddy, we were just watching a movie!" she dismissed with her little girl sass.

"I'm sorry the door got locked, Sir," Bob said politely and earnestly.  "I think it was my fault."  He wasn't acting guilty, he wasn't even acting busted.  He was acting as if this was an expected and completely cope-able interruption of his evening.  "It won't happen again, Sir."  (and yes, my kids really are that polite.  There are some very good things about raising a kid in the South).

Sophia wasn't having it, however.  She was used to running over her father.  "Daddy, it was MY idea to shut the door and MY idea to lock it, so we could have some privacy."

Before Seth could err and find that a reasonable and rational explanation for their behavior, my wife intervened.  She knows better.

"ALL RIGHT," Mrs. Ironwood said, knowing that Seth was about to crumble before the onslaught of cuteness.  Seth just has the one girl to contend with.  We have three brilliant heathens.  "Both of you, OUT OF THERE NOW!" she bellowed like a drill sergeant.  Sophia was unused to being spoken in that way, but trooped out, dutifully followed by Bob.  Bob didn't look fazed at all.  "I think it's time we leave," Mrs. Ironwood sighed.  "It's getting late."

"Thank you for a lovely evening," Bob said to Sophia, solemnly.  "Maybe we can do it again sometime."  Sophia, of course, was enchanted.  Mrs. Ironwood was determined.  Seth was attempting to adapt to the fact that his daughter had just had the moves put on her for the first time.  I just got the keys and started rounding up the older two. Quickly.

We said our goodbyes with good humor, and made it out of the party without further incident.  Once we'd all piled into the minivan, Bob's Game was a hot topic of conversation.  His older brother was speechless in admiration (he has a hard time talking to girls about anything but comic books or computer games).  His sister was indignant and jealous.  Bob was . . . thoughtful.  And utterly unapologetic.  Apparently he'd seen his foray with Sophia as merely his opening move.

"Why did you go there?" I asked him in a private moment, later.  He shrugged and looked thoughtful.

"She was cute, Daddy," he replied.  "She was nice to me.  She likes Minecraft.  Besides, when she was running around, I saw her tattoo and I told her I liked it."

"Tattoo?" I asked, confused.  I didn't remember a tattoo.

"Yeah, she had one of those temporary tattoos of a cat or a flower or something, and I told her I liked it."

"At the party?  Don't you remember?" he asked, exasperatedly.

"Oh, it was on her back.  Way far down, just above her pants."  He indicated the region.

Bob had been allured by her temporary tween tramp-stamp.  I was in shock.

"Girls who wear tattoos," he said, shaking his head.  "You just know they want you to talk to them."

"Weren't you scared when Mr. Seth banged on the door?" I asked, thinking of all the angry fathers in his future.

"Nah," he dismissed, casually.  "It was all her idea, but I was ready to take the blame.  He's not my dad.  He can't spank me," he reasoned.  I couldn't argue with that.  It did set a dangerous precedent, though, and I couldn't help but worry.  "Besides," he said, philosophically, "she's having a birthday party soon.  Almost all girls are going.  I'm so in," he said, confidently.  He had every reason to be.