It’s amazing how many women don’t really understand that “wife” is a job description, not a title. 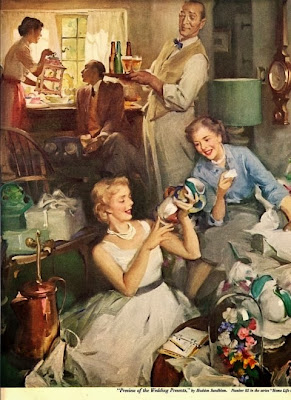 One of the key components of being a wife is being a homemaker.  That isn’t to say that housework therefore is her responsibility, only that one of the things a man seeks and finds value in when he is looking for his wife is someone with whom he can make a home.  Even in our post-industrial take-out culture a man wants to feel that he’s coming home to his wife, not going to the apartment where he sleeps with his roommate. 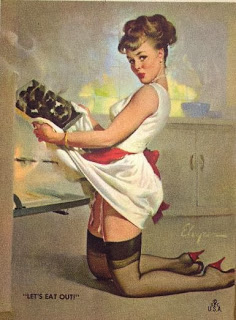 Many women these days, thanks to feminism’s dark shadow, have equated domesticity with slavery, for some reason.  They look with disdain on their grandmothers and great-grandmothers who saw value in building a home fit to raise children in.  As women have entered and come to dominate the workforce, they proudly eschew the domestic skills that are their maternal legacy in favor of corporate achievement and “personal fulfillment”.

But a man who is serious about taking a wife wants a wife worth taking.  And a woman who cannot manifest her domesticity is a poor bet for the position, regardless of how hot she is or how impressive her resume is.

What is domesticity?  Simply put, it’s the discipline and art of building and developing a comfortable and attractive home for your family.  It is a task shared between husband and wife, ideally speaking, but just as a husband’s primary duty is to secure the home, the wife’s primary duty is to make it worth securing.  That doesn’t mean scanning Pinterest for hours until you have just the right catalog numbers, that means investing the hours of study, planning, and execution necessary to slowly convert the house you live in into an enjoyable home.

So how does one measure domesticity?  How does one wrap a rule around warmth and charm?  Can modern men even recognize it for what it is when they see it, or appreciate it properly when it is called to
their attention? 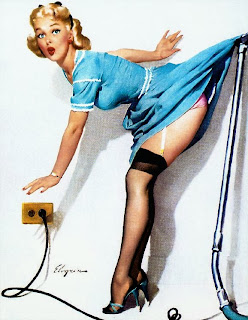 As part of the vetting process for your future bride, pay careful attention to a few key factors that may indicate her domestic inclinations.  In particular, be on the lookout for the following:

·                    If she has a pet, look to see how well she cares for it.  While the Manosphere disparages the Cat Lady, kitties do have the advantage of showing you just how attentive a woman can be to the task of keeping it properly.  A woman without much domestic inclination will often have a messy litter box or feeding area.  Dogs are even better for judging this. 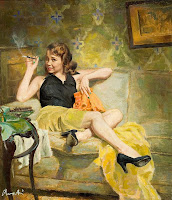 ·                    Is the art and decoration in her place personal, professional, or commercial?  A woman with a well-founded sense of domesticity will often have art of a personal nature, or reflective of her domestic aspirations.  Professional art demonstrates taste and culture, but could also signal aspirations of affluent status that could be contra-indicative to domesticity.  Commercial or popular art shows an investment in her social presentation, which isn’t exactly non-domestic, but it does show that she’s subject to social pressures.  If she has a Twilight poster in her room, for instance, that is telling.  And not particularly domestic.  A good mixture of all three demonstrates balance, and how they are presented will tell you how she feels about herself and her home.  An ambitious display of aphorisms and affirmations demonstrates a low self esteem and idealism more suited to corporate life than domesticity.

If her place lacks art entirely . . . go for a one-night stand and move on.  Nothing to see here. 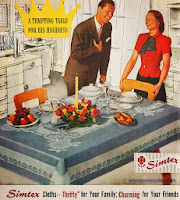 ·                    Décor.  It doesn’t have to look like a magazine article, but are you comfortable when you go to her place?  Are the colors jarring and discordant, or warm and comfort-building?  Does she even care about the décor, or is she blatantly utilitarian?  A couple of small touches that are designed to make a noticeable difference indicate a good domestic sense.  If she has brick-a-brack, what kind and how much?  Collections of clowns, angels, kittens, frogs or ducks are generally warning signs.  Displays of her childhood and teenage achievements, family photos, and tasteful presentation are all good signs.  If you don’t understand why something is there, ask her.  If she doesn’t have a funny story or anecdote about it, that doesn’t bode well. 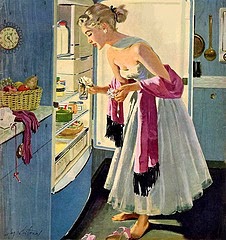 ·                    Does she cook?  While culinary skills are no guarantee of domesticity, and their lack does not mean a lack of domestic impulse, they are nonetheless a fair indicator of her inclinations.  Mrs. Ironwood hates cooking, but that doesn’t make her any less domestic.  If a woman has a decent set of cooking utensils, actual ingredients in her refrigerator, and a pantry that contains shortening, flour, and yeast, those are good signs.  Her offering to cook you a meal within the first three dates is also a good sign.  Even if you plan on cooking for your future family, as I do mine, ensuring your future bride knows her way around the kitchen is highly recommended.

·                    Does she have people over?  There is a decidedly social component to domesticity.  Women who build nice homes want to show them off and claim the points.  If your prospective wife doesn’t ever entertain, then one potential reason is her lack of domesticity. 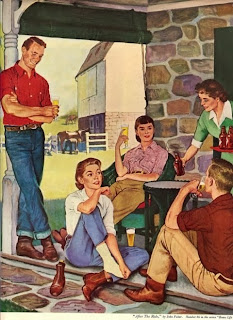 ·                 Does she know her neighbors and their names?  Corporate drones can live next to someone for ten years and never know their names.  Domestically-inclined women want to know who lives around them.

·                    How often does she change her sheets, and is her laundry up to date?  Do her towels match? Piles of dirty clothes and perpetually-drying laundry are bad signs.  Clean towels and sheets are good ones.

·                    Is she careful to lock up when she leaves and not leave windows unlocked?  If she is not that conscientious about her home, she’s not going to be about yours.  Being security conscious is a domestic ability.

How can you actively challenge her domesticity?  Here’s a few ways:

1.                  Tell her to make you a pie . . . but don’t give her any more details than that.  See how she approaches the matter.  If she refuses outright, get used to a lot of take-out.  If she buys pre-paid shells and fills them out of a can, or buys frozen pie, then she might be teachable, but probably not.  If she sees it as a challenge and cranks out a homemade apple pie made with fresh Granny Smiths and lard, then you have a winner.  Make sex noises while eating pie.

2.                  Ask her how she would plan your sister’s/niece’s/cousin’s emergency wedding for sixty people next weekend with a budget of $2000.  See what she comes up with.  A corporate zombie will snort and say hire someone.  A domestic goddess will have a themed action-plan and budget projections put together in an hour.

3.                  On a whim, go see a house for sale together.  As you go from room to room ask her how she would decorate it.  Along the way find out whether she would prefer city or country life, and what style of house she wants.  If nothing else, the idea of seeing a house as a “just pretend” exercise will get her thinking about your potential as a husband and start the panty-dampening process.  Plus you’re there, in a big ol’ empty house with no one else around.  You’ve got a 50/50 shot at a quickie if you have decent Game.  More, if the house is affluent enough. 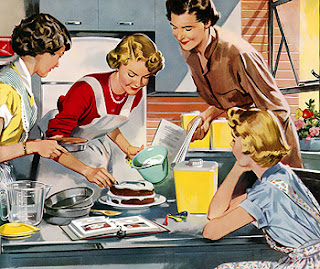 4.                  Check out her mother’s place.  Domesticity isn’t hereditary, but if her mother has a strong domestic streak, then it might just be dormant in her fit of corporate rebellion from gender stereotypes.  Put a ring on it and she often goes the way her mom did.  So see how comfy your potential future mother-in-law’s place is and keep that in mind.

Even a strong sense of domesticity is no guarantee of a happy life or a good wife, but without it your marriage will suffer.  Perhaps terminally.  Figure out in advance what levels of domesticity you crave in your future and then screen accordingly.  Or get used to Lean Cuisines around the television, bub, and occasional nights of lackluster sex.  Because in my experience there is a correlation between domesticity and approachability for lusty shenanigans. 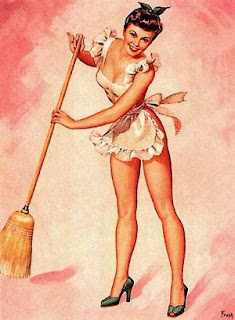 Once the dishes are done, of course.