Who Could Have Saved Them? The Patriarchy.

Ian Ironwood
May 28, 2014
The Red Pill Room
I've had a flood of requests to take on the Elliot Rodgers rampage.  I do so reluctantly, considering the flood of bullshit opinion being belched out in the popular media, but then I have a duty to address this.  Because the one thing that surely could have saved those six innocent victims and Rodgers himself was the long dead Patriarchy. 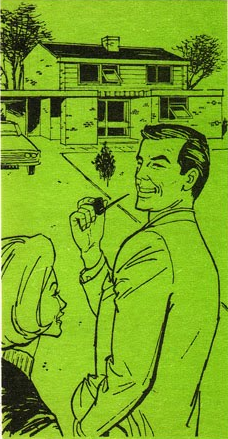 Not women's studies classes, not sensitivity training, not gun violence charts or even good mental health screening . . . Rodgers' crimes were due to the appalling lack of paternal instruction and masculine oversight in his culture and life.

While the media world freaks the frack out about the omega binge killer Elliot Rodgers' murderous spree, as usual the finger-pointing flies fast, particularly (and utterly mistakenly) at the PUA wing of the Manosphere.  The fact is, Rodgers wasn't a member - he aligned himself with the omegas of PUAHate, the "True Love and Nice Guy" repository that sits around bitterly condemning the only real way men have to find a meaningful (or string of meaningless but fulfilling) relationships with women.

Others in the sphere have cogently examined Rodgers' pathology and seen plenty of non-Manosphere oriented origins of his vicious spree, considering everything from mental illness to repressed homosexuality and, of course, a hideous lack of Game.  Feminists and anti-gun folks are gleefully piling on, pointing at the NRA and Misogyny (TM) as the culprit.  And while Rodgers' twisted and whining manifesto is indeed genuinely misogynous, it's equally as misandrous.  He hated the men who managed to attract good-looking women even more than he hated the women.  In the end he was a self-loathing, narcissistic and entitled little prick who went nuts. 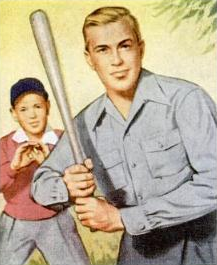 But while I find many of the arguments about his mental state and probable motivations highly cogent and reasonable, I feel that the one place the blame has not been placed is at the feet of his father.

Once upon a time, during the glory days of the Old Patriarchy, it was every father's duty to instruct his sons in the arts of manhood, up to and including "The Talk" about women.  These were solemn men's mysteries, in which a father would explain (like he would the rules of baseball) the ground rules and the elements of attraction and all the other issues a young man needed to know before he went a courting.  The results were a mixed bag: often Dad's advice was as inept as it was applicable, and as feminism and the changing economy began destroying the old order, it became increasingly unproductive.

Worse, fathers were blamed for filling their sons heads with misogyny, chauvinism, and other mental poison by the nascent feminist movement.  The resulting disconnect from the way the Old Patriarchy practiced mating was jarring, and after the great waves of divorce they became brittle and shattered.  By the 1980s, most men said very little to their sons about the subject, and what was said was couched in carefully-worded doublespeak that avoided the really helpful information in favor of innocuous Nice Guy crap that wives and sisters would not freak out about. 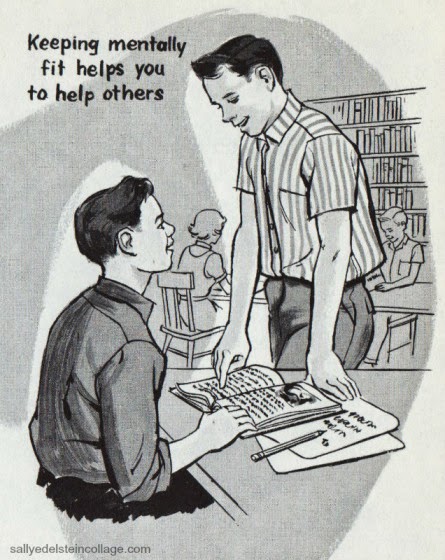 That left the post-Patriarchy boys little choice but to gain their desperately-needed information via popular culture, the street, and their mothers.  There's no wonder we raised two generations of angry, confused, and frightened Beta boys who had to fight for what little helpful knowledge they could glean.  Gone was the day when a man could safely sit down with his 17 year old over an illicit bottle of beer and explain "the facts of life", before perhaps taking him to a pro or advising him on how to press his suit with a girl he was interested in.

When you listen to Rodgers' pedantic and entitled whining, it's difficult to imagine that his father ever took his duties as a patriarch seriously.  Instead he threw money and an affluent lifestyle at the boy and let him languish in silence, unable to explore or establish his sexuality beyond the basic yearning for completion everyone has.  For Rodgers women were all about status - about defining who he was - which is contra-Patriarchy.

Look at what he had to fill that void instead: a culture of feminism that actively sought to punish men who did try to learn the essential skills ("Game") necessary to overcome adolescent awkwardness and progress toward a desirable goal.  A popular culture that still celebrated True Love and a "low conflict" approach to mating.  A generational culture that celebrated entitlement and instant gratification.  Being shown (and told) that hot cars can get you women was the extent to which Rodgers had progressed - and like most omegas (you don't have to be a fat slob to be an omega, as he proves) he felt entitled to only the best, prettiest, blonde girls . . . but had no realistic method of approaching them, much less prosecuting good Game with them as a result. 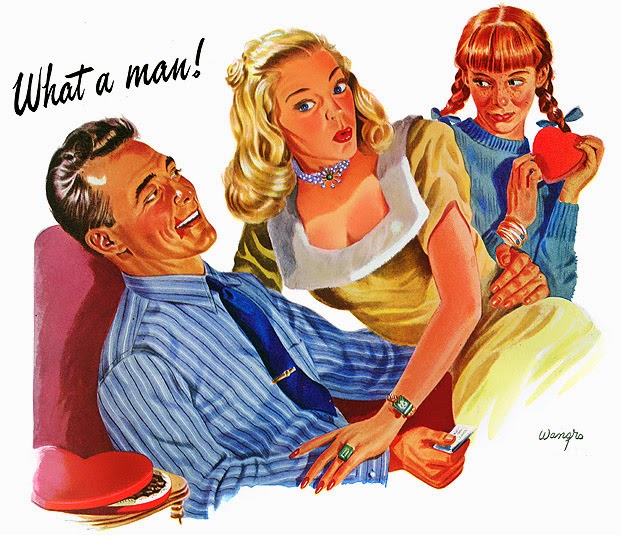 A strong Patriarchy would have taken care of that.  Even had he discovered he was gay (and CH makes some compelling arguments that he may have been repressing his latent homosexuality) his father had a duty to instruct his son beyond sending him to college with a hot car and an attitude.  When his lack of initiative and paralyzing fear of women transformed to bitterness and disappointment, he turned against the only guys out there who could have helped him out, the PUAs.  Instead he turned on them as well, as is well-known, and joined PUAHate.

It's telling that the kid went after more men than women, despite his anti-hot-chick manifesto.  He hated successful men personally, particularly if they were of lower status than he.  He felt entitled to hot chicks based on looks and affluence alone.  He had no instruction in how to approach a girl, talk to a girl, reject a girl, or even properly objectify a girl - instead he wallowed in his own sexually-frustrated self-pity until the rage and anger exploded into violence. 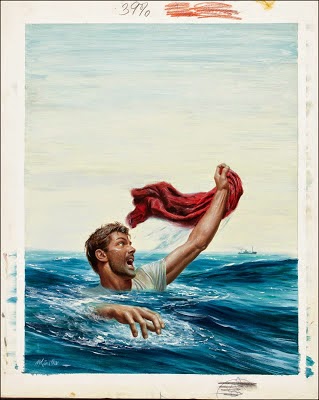 Rodgers' abhorrent acts of violence are not an indictment of the PUAs, the NRA, or even of feminism, directly.  They are the direct result of the loss of the Patriarchy that once protected our sons and kept them from such excesses.  And while it might be convenient to blame feminism for his acts, they're merely being the shame-slinging reactive little cupcakes we've all grown to know, bless their hearts.  The true fault lies with his father, for listening to them and not giving his son what he so desperately needed: male guidance and support about one of the most delicate and sensitive issues of a young man's life.  Without that support and guidance, a young man feels like he's drowning in a sea of contradictions, with no help in sight.

Teaching our sons the Red Pill truths about dating and mating, including learning rudimentary Game, is a vital element of Patriarchy 2.0.  Ensuring that they are not just exposed to the sex-ed-class version of life, but something far more substantial (say, Average Married Dad's upcoming book) to help them cope with the seething frustration that comes with testosterone is one of the primary duties of a father, and a Patriarch 2.0 MUST see this as his job, alone.  Leaving "advice on girls" up to your mom, who inevitably praises you for being you, tells you to just be funny, be a Nice Guy, and be respectful to women is a direct failure of your paternalistic responsibilities. 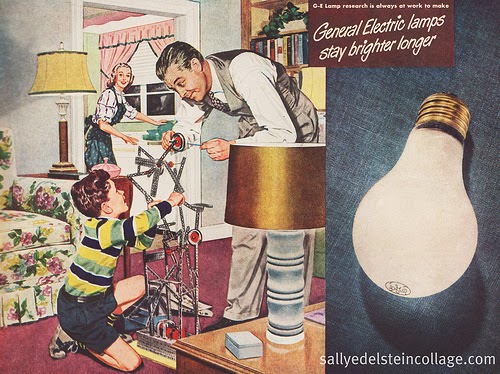 Our sons are vital, and they crave masculine guidance and support like a drug.  If they don't get it from Dad, or a strong Uncle, they'll try to cobble it together out of rage, anger, hate, and despair.  We must tell our sons about how the way the world really works, and impress upon them the essential fact that the world will treat them like shit and expect the world out of them, demand that they be Real Men and then punish them bitterly for doing so, and pound it into their tiny little skulls that no one owes them a godsdamned thing: no beamers, no babes, no nothing that they didn't earn on their own.

And we have to teach them how to endure and abide those inevitable down periods in which they languish with appalling frequency.  Teach them how to use them as motivation for self-improvement and exploration.  No one "deserves" to be kissed or fucked by a beautiful girl.  If you want that prize, you set your sights on it and pursue it accordingly - you don't sit on the hood of your BMW and wait for the panties to drop of their own accord, as Rodgers apparently did.  And you damn sure don't pick up a gun and express your frustration that way - or a knife and slash your perceived rivals to death.

No amount of attempted shame is going to move the Manosphere on this point.  We didn't create Rodgers.
He is not a result of Game's failed practices, he's a vindication of Game's success.  In fact, we could have prevented Rodgers by telling him the same thing they tell gay teens considering suicide: It Gets Better, as a man.  One day you out-grow the stunning contempt with which society views a young man by cultivating yourself into a better man . . . and that doesn't mean more money or a hotter car.  When the feminists destroyed the Old Patriarchy, they allowed such rotten fruit to ripen.  Only by reinventing and reinvigorating Patriarchy 2.0 and setting some godsdamned standards for behavior - and then enforcing them in a bruthishly masculine way - can we keep these bitter omegas from turning their rage into blood-soaked streets. 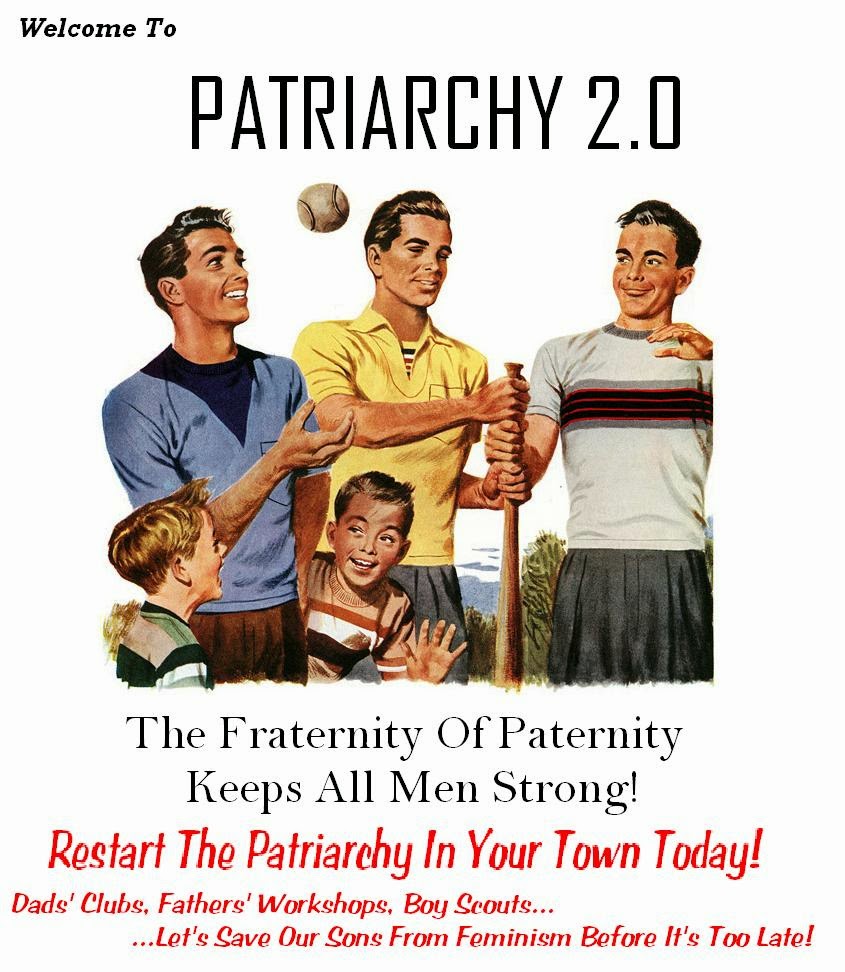