Ian Ironwood
July 21, 2014
The Red Pill Room
The other Sex Nerd, Dr.Emily Nagoski has been informing the dateless male public the proper Blue Pill/Feminist-approved ways for men to approach women and, as you will see, her advice is designed to be ineffective and failure-driven.  Worse, in the name of combating "male sexual entitlement" it turns the entire process of flirtation and seduction into psychotic train-wreck of masculine humiliation. 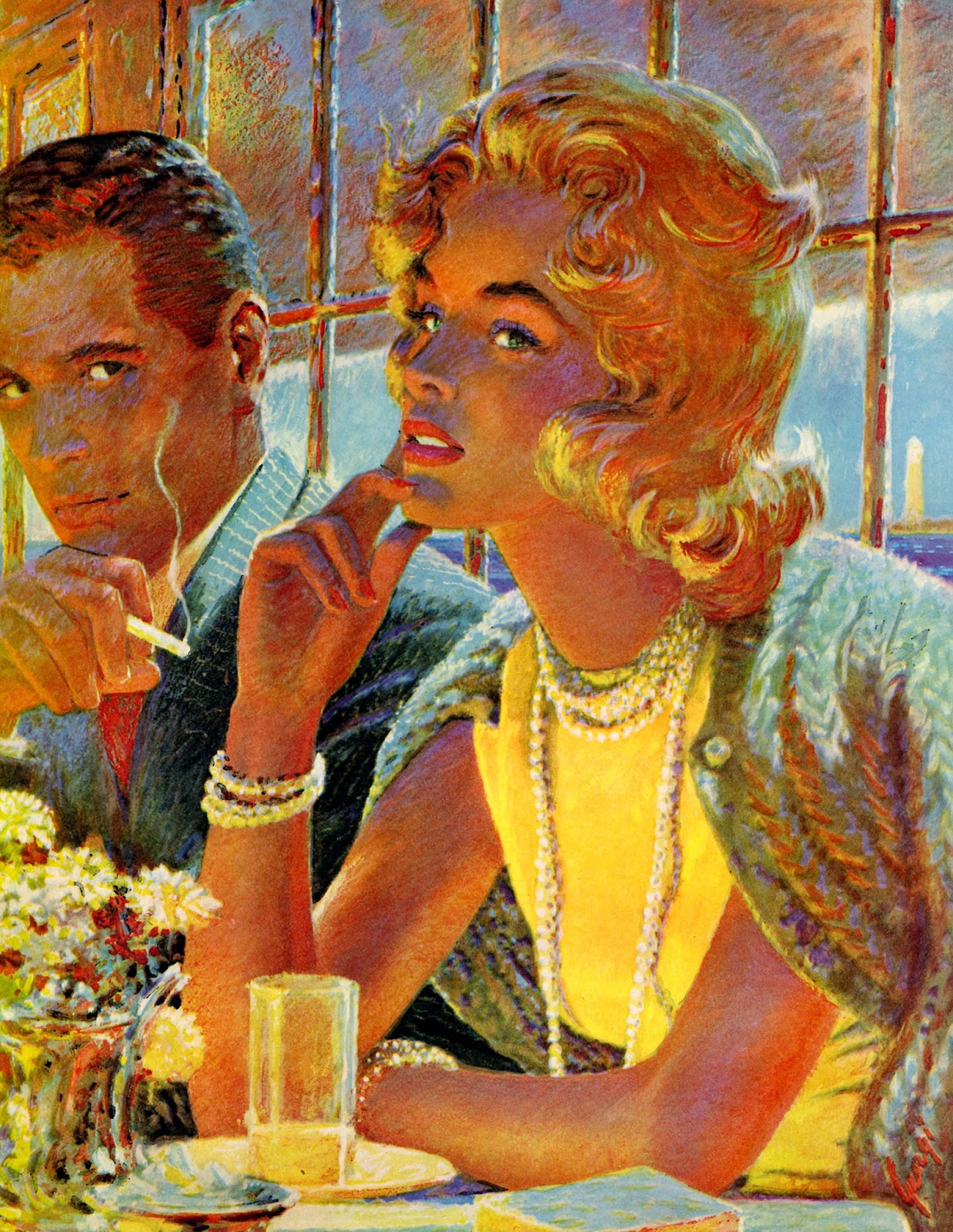 Let's start with her posting on how to pay women compliments, presumably about her body, as a means of approach.  She uses the Facebook-delivered example of a dude who plays some Rude Boy Game by slapping at a woman's shoe on the train before complimenting her, then calling her on her irritation.  While most Red Pill dudes will see this as a bold and rough opening that will a) get him remembered and b) definitely start a conversation, Emily's delicate sensibilities were offended by his presumption.  Her position was that a man should not start a conversation with a compliment on a woman's appearance before first complimenting her on her personality and/or other attributes, and that NO compliment should be forthcoming unless that man was in a socially acceptable position to also tickle her (with her consent).

This is why feminist men don't get laid, and why Gammas and Deltas turn bitter. 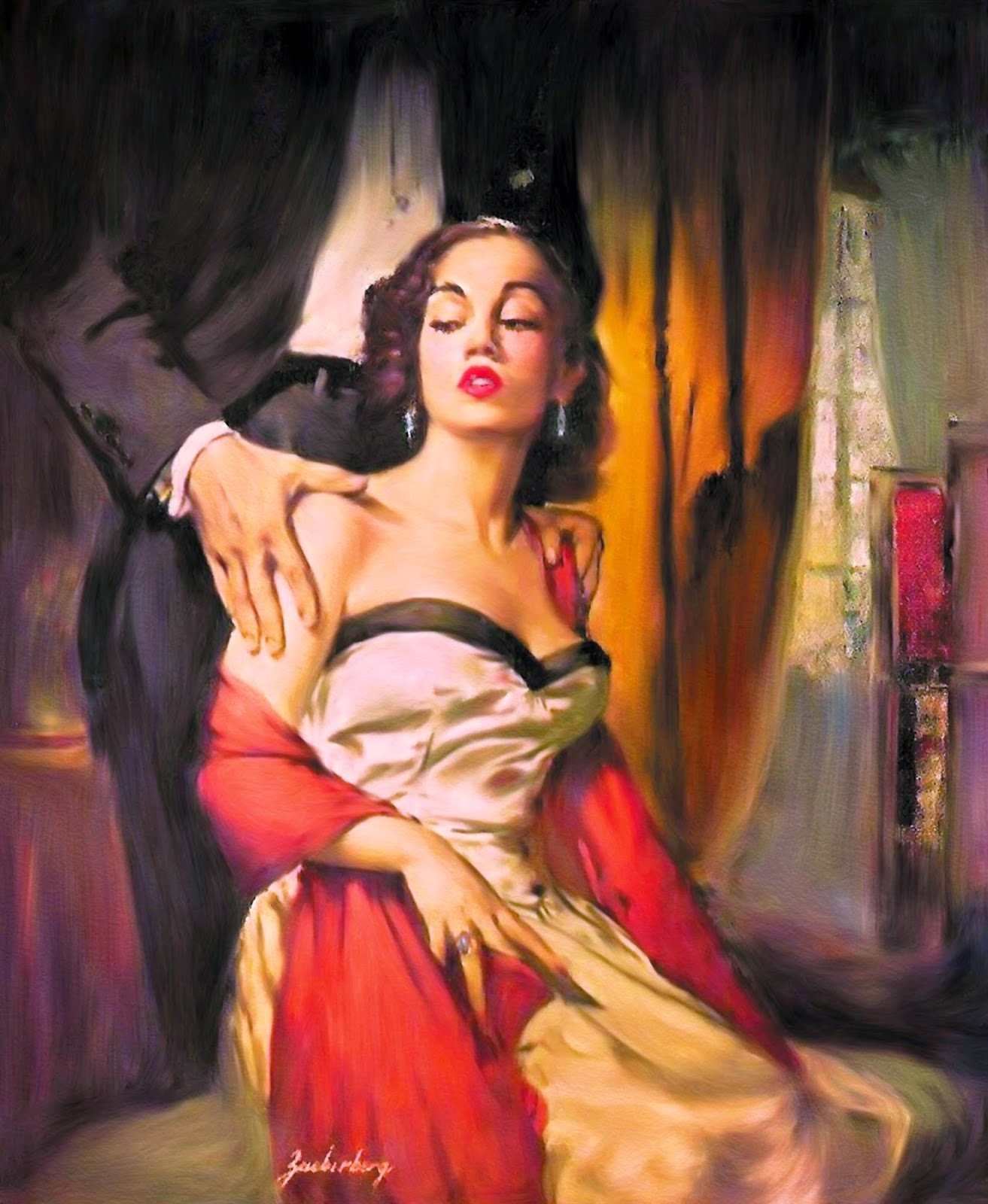 Blue Pill dating advice is almost an oxymoron.  According to Emily's attempt to "help guys out", the primary consideration any man should have in an approach situation is the fact that every woman he meets is a neurotic body-phobic mess of insecurities that should be catered to at all times, lest he be labeled an Asshole and tarnished for all time.

This non-approach method of approach is basically telling men NOT "you aren't entitled to women's bodies", as Emily suggests, however; it's telling them "you aren't entitled to your own expression of sexuality because it is inherently offensive".  With that kind of foundation to begin upon, is it any wonder that the liberal and progressive young males out there are ending up with their own neurotic, scalzied insecurities about their sexuality?

Under feminism, there is NO authentic way for a man to approach a woman for a date without it being inherently offensive.  If a man follows Emily's advice then he is to check his libido and his masculine boldness at the door in deference to delicate feminine sensibilities - which screams GENDER ROLES.  While the sneaker-slapping Rude Boy Game might turn this anonymous dude into an internet meme for a few moments, when viewed with the Red Pill eye you can clearly see that while his approach failed, the blow-back for him is actually quite minimum.  Sure, he's an anonymous asshole online, but Emily ignores two fundamental truths about human mating in the age of Combat Dating: 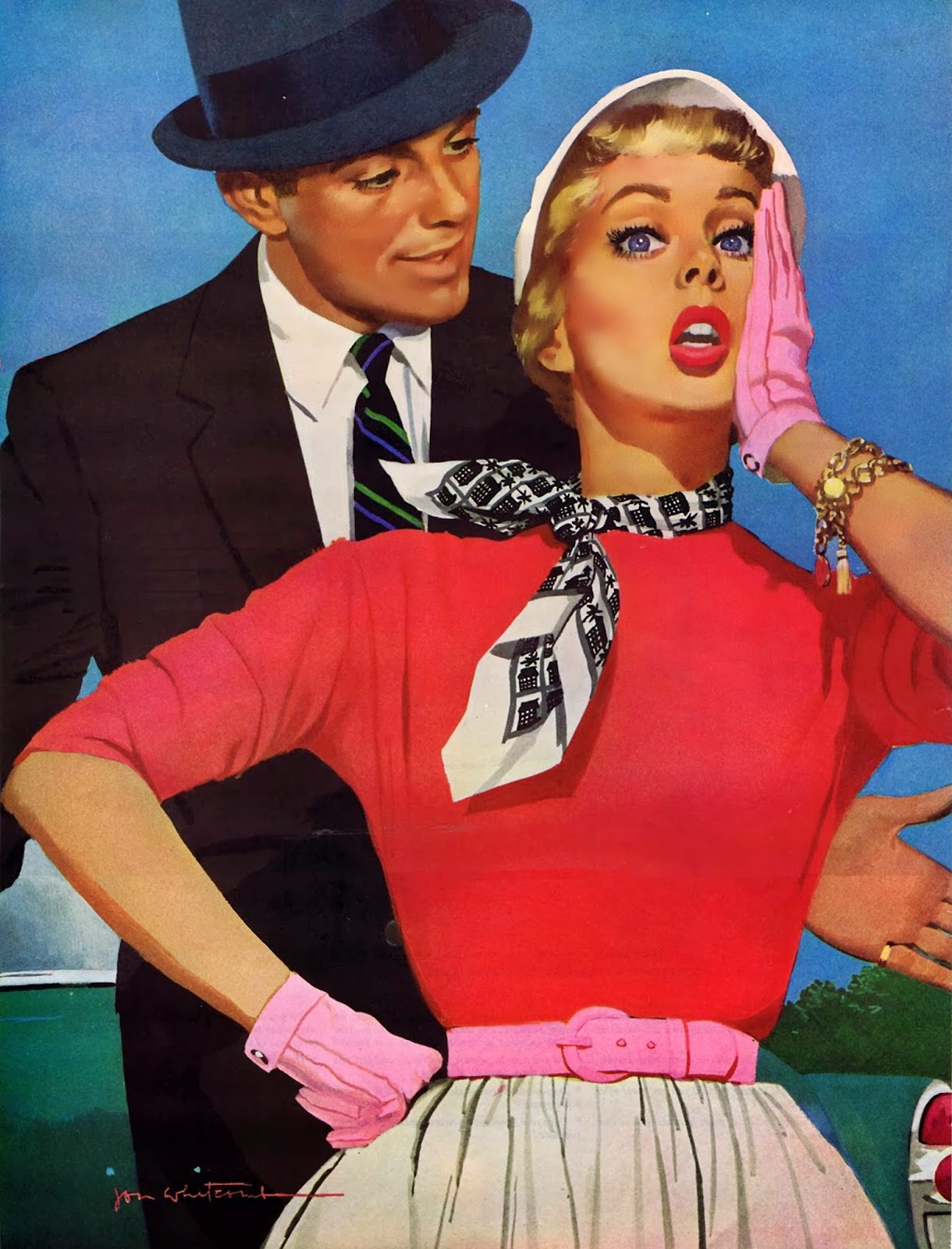 1) Women are Fungible - he may have not successfully approached this particular woman, but consistently playing Rude Boy game will inevitably pay off with a sexual success because Emily ALSO ignores the fact that

2) Women respond to Rude Boy Game far more than they ever want to admit.  And they respond a LOT more positively to it, on average, than the standard Gammarabbit "game" of obsequious deference. The whole "chicks dig assholes" meme is regularly discounted by both feminists and Gammarabbits as patently untrue, yet any objective consideration of the data reveals that yes, indeed, in aggregate "chicks dig assholes".


Emily's advice isn't designed to improve a man's success with women.  It's designed to make rejecting men easier and more comfortable for women.  While that's just dandy for all the delicate wisps of silk and fluff who get offended if a man DARES compliment her sneakers, it doesn't help men at all.  Indeed, in closing Emily gives these two "rules" of Blue Pill approach advice to men that basically say "Don't Approach": 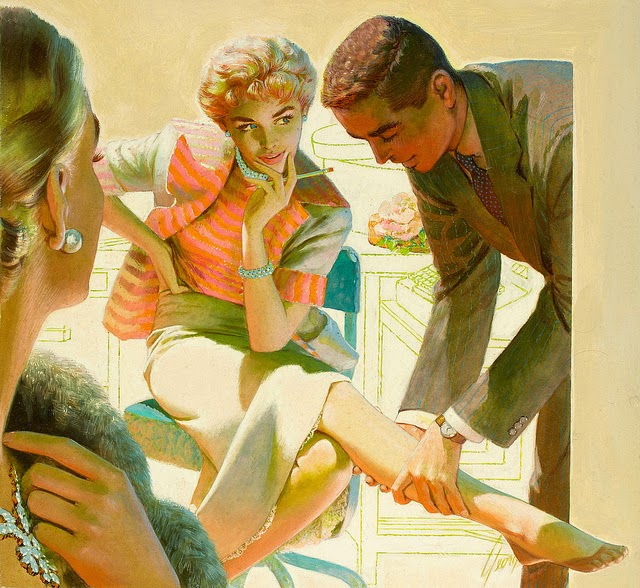 Talk about something substantive. Something you have in common. Something that clearly gives you a reason for talking to her other than the fact that you want to talk to her.

Which, alas, means that very often there will be no reason for you to talk to someone you want to talk to, and therefore you don't talk to her.

(1) You can say something positive about a person's body or belongings ONLY AFTER you've said something positive about their personalities, their knowledge, or other attributes that you can only know about by, like, having a conversation with them. That means that a compliment about a person's body or belongings is never how you START a conversation.

(2) And if she's wearing headphones, she's saying, "I'm really hoping no one talks to me." In that case, the way to be the guy she likes most on that train or bus or elevator or in that coffee shop is to be the guy who DOESN'T approach her.

This isn't helpful to men in the slightest.  It's a recipe for catering to feminine insecurity in the public sphere.  While men are not entitled to sex or women's bodies, they are entitled to express their masculine sexuality in a socially-approved manner that does not violate the law or common sensibilities on the subject.  Noticing a woman's shoes is utterly acceptable, as is calling it to her attention.  Her reaction to the approach was instructive: she rejected, and demonstrated a lack of femininity and social graces in her response that gives the gentleman some indication of the quality of woman he was dealing with.

Emily continues the madness by conducting an unscientific internet survey designed to allow women to explain all the ways they prefer to pre-reject men, and then draws the following conclusions from the results: 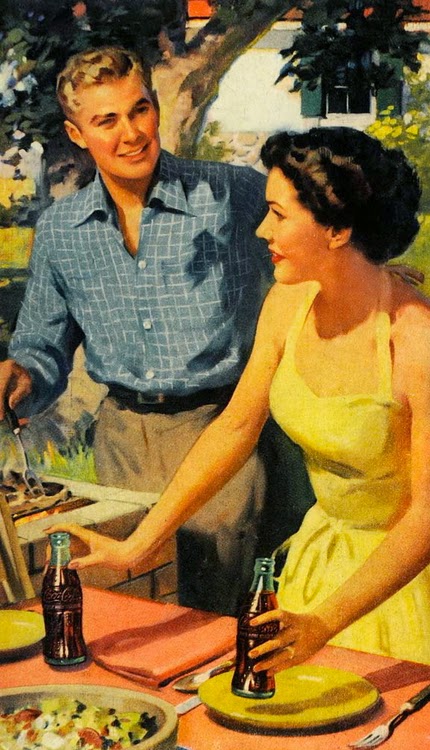 Lesson #1 is: Touching a woman you don't know well is a great way to squick her out.

Conclusion: You really, seriously, genuinely, absolutely, positively MUST GET PERMISSION before you touch.The permission doesn't always have to be verbal, but it always has come BEFORE the touching. When there is uncertainty or ambiguity, ask explicitly or else don't do it.

This is, of course, seriously, genuinely, absolutely, positively going to get you labeled as UNEXCITING TIMID GAMMA RABBIT who fails their initial worthiness test.  Follow this advice and the only women you will get are the ones you don't want.  Any woman whose insecurities about her body are this tightly-wound is highly unlikely to be a worthwhile pursuit for love or sport, and if she squicks that easily then throw her back.  This also points out how Blue Pill/Feminist-approved dating advice for men is designed to get men to REJECT THEMSELVES BEFORE THEY EVEN APPROACH.  Hardly the "help" most men need.
Red Pill Dating Advice: 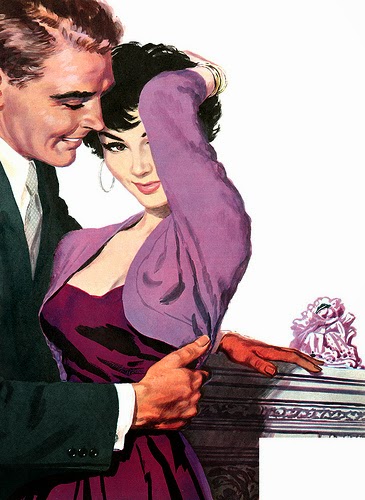 Lesson #1 is:  Casually touching a woman in a non-sexual way during approach is an acceptable risk; while it may squick her out, it also helps determine her level of emotional and mental security and stability.  Likewise, approaching a woman with a compliment on her physical appearance may run the risk of squicking her out, but that is also an acceptable risk.  The cost-benefit analysis implicit in initial approach is designed to investigate the quality of the woman in question, and a woman whose insides "curdle in repulsion" to a genuine and sincerely-delivered compliment from any man and demonstrates that in her response is indicates poor potential for any kind of relationship, not to mention a profound lack of social grace.  MOVE ON.  You can do better.
It's hard to imagine a professional sex educator doing this much of a disservice to the male sex, but that's feminism's way.  Masculine sexuality is a beast to be feared, not contended with, and the more frightened they can make men of their own sexuality (and convince them to feel guilt and shame about it) the more men can be used to facilitate feminine imperatives, not pursue masculine ones.

In other words, in the dating realm the reality is that

And that's why feminists suck at giving men dating advice.