Why Feminists Won't Surrender The War On Marriage

Ian Ironwood
July 8, 2014
The Red Pill Room
When the dichotomy between ideology and cold hard fact is just too great to ignore, it can create some interesting observations.  When Martin Luther nailed his 95 Thesis on the door of a church it outlined some of the stark and ironic contradictions between the ideology of the RCC and the practice.  While it's no 95 Thesis, this little gem from Forbes proves that the irony of feminists fighting against marriage for the good of women is just too delicious for even a feminist to miss.

Entitled "Dear Feminists: In The Name Of Fighting Poverty, Can We Call A Truce About Marriage?" writer Carrie Sheffield defends the institution of matrimony not on ideological, religious, or moral grounds, but statistically.  Citing several figures that show that marriage improves women's lives as both wives and daughters, Ms. Sheffield takes 3rd Wavers-and-beyond to task over their wholesale condemnation of marriage as a plot of Teh Patriarchy. 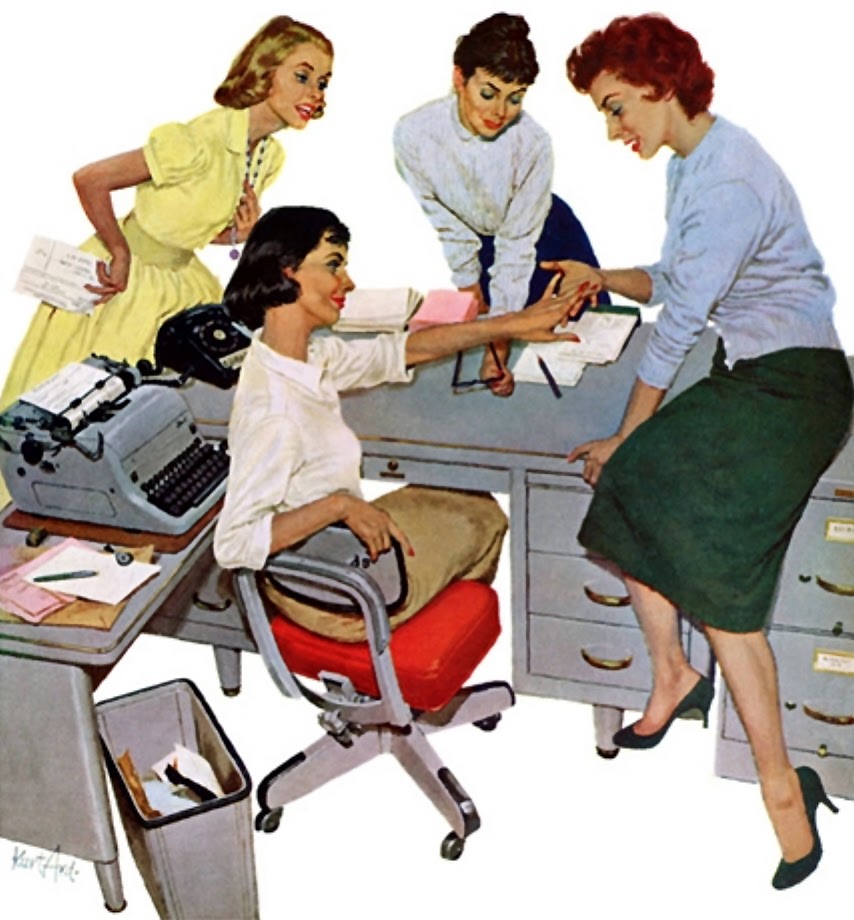 Ms. Sheffield correctly identifies several key points about how single mother families are dragging us down economically and socially, and she calls out key factos like globalization and the social acceptability of illegitimate children as culprits. She quotes stats aplenty when it comes to why the traditional two-parent household is superior to the one-mommy-and-Uncle-Sam model.  And she does, indeed, chew out feminism in general for smacking marriage around.

But in doing so she's ignoring some other pretty fundamental factors in the equation.  The fact that we don't properly educate young women on the pragmatic reproductive choices they will face, for example, or our young men on the folly of young parenting without marriage.  She wants feminism to put unwed mothers "in their crosshairs", but she's unwilling to follow the logic down the rabbit hole from where that leads.  She's placing all the pressure on feminism, thankfully, instead of blaming the "victim" of the young man whose reproductive future was coerced, but she doesn't address feminism's essentially anti-male basis for its anti- 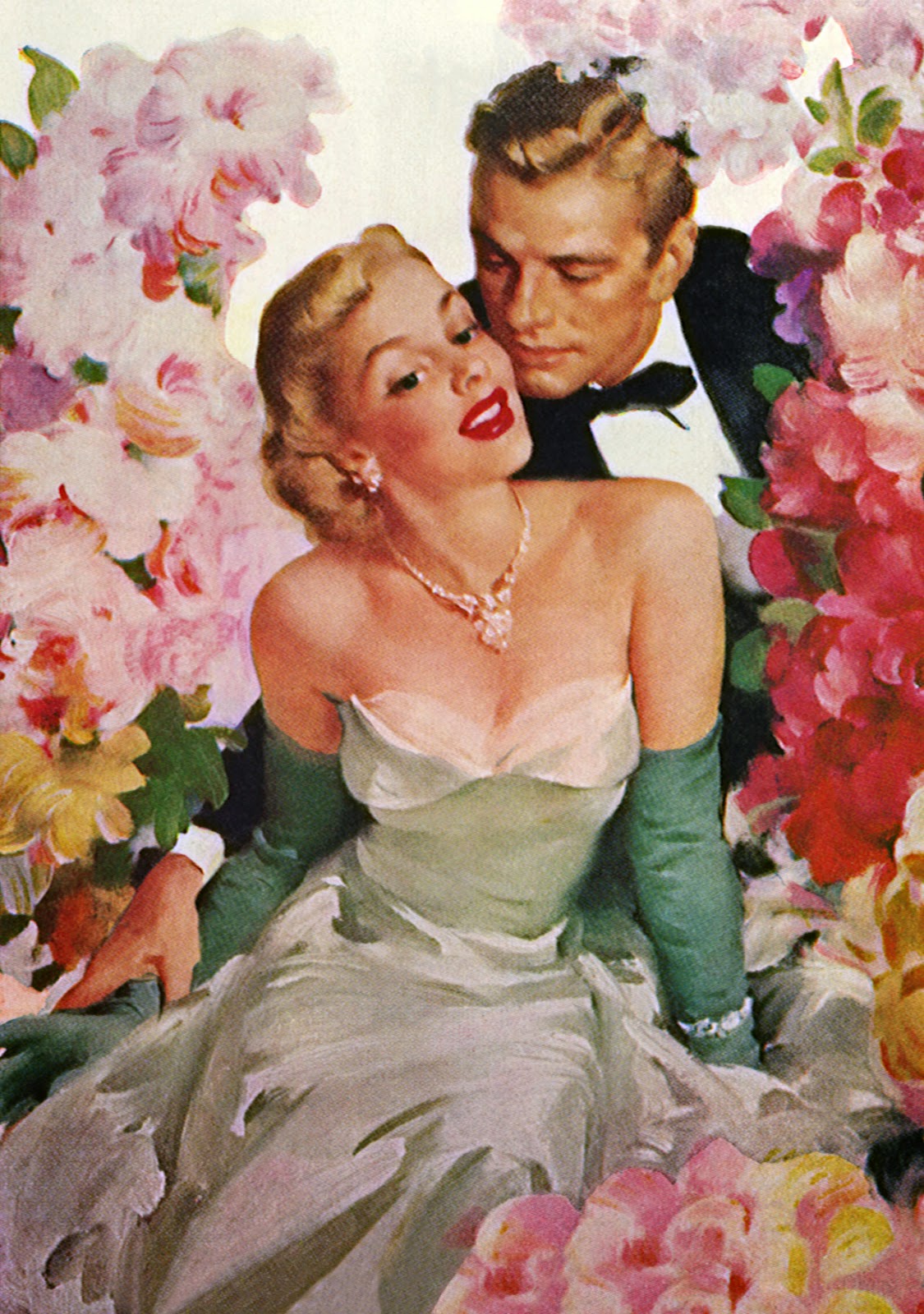 Ms. Sheffield also sees this as a class issue - but doesn't identify the harmful marxesque ideology ("man as eternal oppressor", regardless of class) that underpins and informs feminism's perspective on marriage.  She proposes feminism "lay off" the topic of marriage, but doesn't say anything helpful about it laying off the general misandry that motivates feminism in the first place.  At best, she says "marriage is good for women and children", and brazenly leaves men sitting, unsurprisingly, by the side of the road.

I suppose that's par for the feminist course.  Identifying a real and valid method of improving the lives of women at risk for poverty sounds like it would be something feminism would be all over - but to do so they would have to abandon the victim mentality, the uber-rationalization that single moms are "men's fault", and then open up a rational and cogent discussion about the subject with actual men. 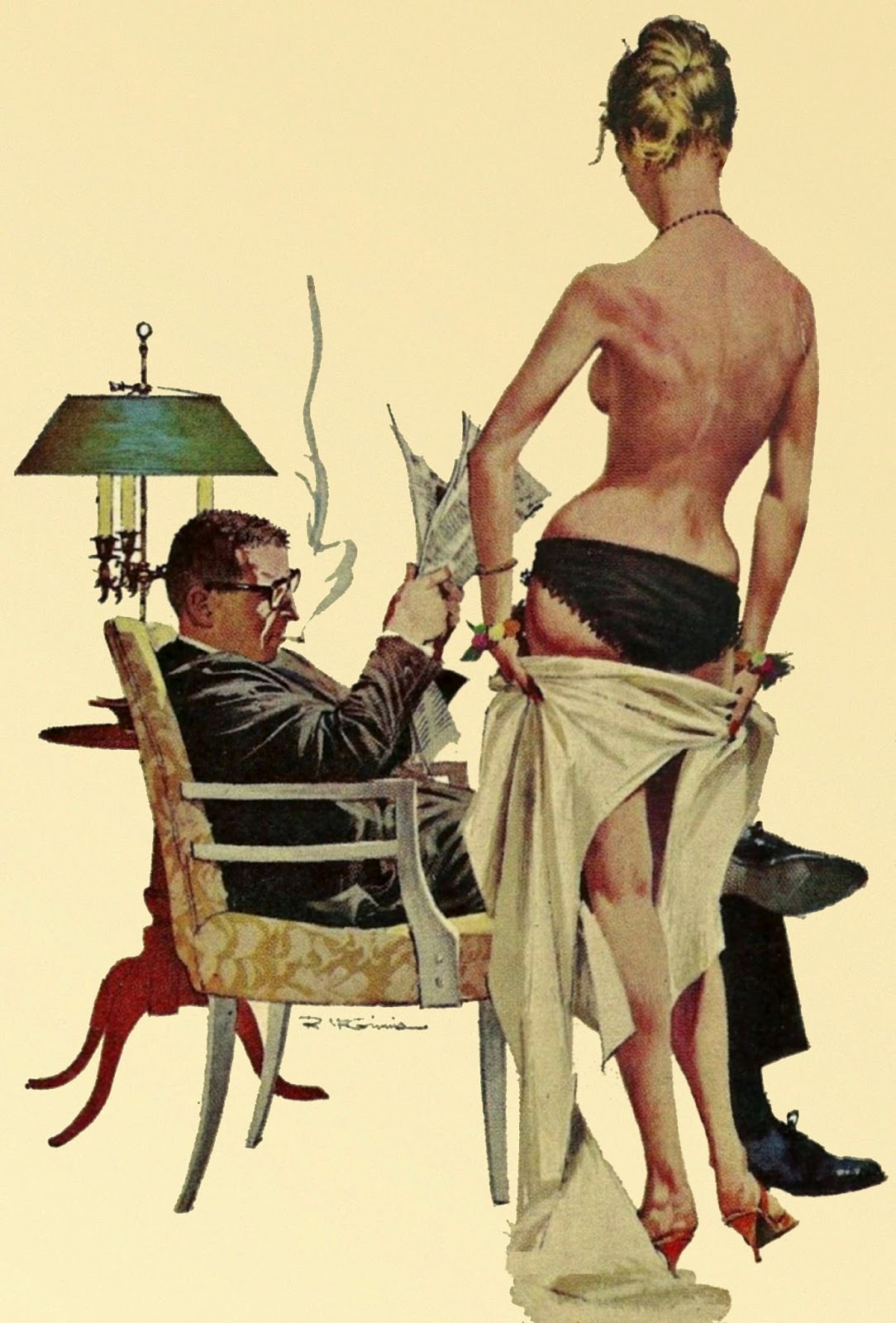 That's going to be problematic.  Men are generally soured on marriage in our culture for good reason, and marriage to feminists is just masochistic.  The social incentives available under agricultural culture and early  industrialization evaporated with the rise of the welfare state and liberalized divorce law. There just is no compelling reason for men to get married any more (saving women who have made demonstrably poor choices doesn't cut it) and that fact alone should shine brightly through any article about marriage and feminism.  I know guys who would be thrilled to be husbands to some decent woman, but who are so brow-beaten and terrified of divorce that they won't even consider it.  Hypergamy is an existential threat to a man considering a commitment.  Promises of better health and longevity do not compare to the apparent sacrifices and personal risks a man makes when he extends that commitment to a woman.

The feminist version of "marriage" implies no permanent commitment, no surety of a man raising or even seeing the offspring he is financially responsible for, and a permanent resignation of control over the family to his wife under pain of dissolution.  There is no respect, here.  There is no appreciation for the masculine contributions to the institution.  Indeed, they are regularly denigrated and bashed, as are the husbands who contribute them.  Feminist "marriage" is a transitory, temporary thing designed to fail and - in the process - humiliate and emasculate the husband.

He exists within the bonds of feminist marriage as a provider and protector, the "good" elements of marriage that feminism wants to keep, but is denied the respect and admiration a husband should receive (that would be a betrayal of the sisterhood) and he is vociferously forbidden from the patronizing, paternalistic, patriarchical practice of expecting sex from his wife and having full parental rights over his children.

For the feminist husband, marriage is an elaborate shit test he can never win, an invitation to hypergamy and divorce.  The more obsequiously he praises and defers to his wife, the lower in status he descends among his male peers and the less attractive he is to his wife.  Any opportunities for displaying his value as a man are mitigated or destroyed by his basic posture, and undermined by a preconception of masculine values as negative.

So why, then, would a man be drawn toward a situation which clearly doesn't have his interest in mind?

Marriage is a very particular institution, and feminism's attempt to re-write the nature of the beast have been disastrous for men. 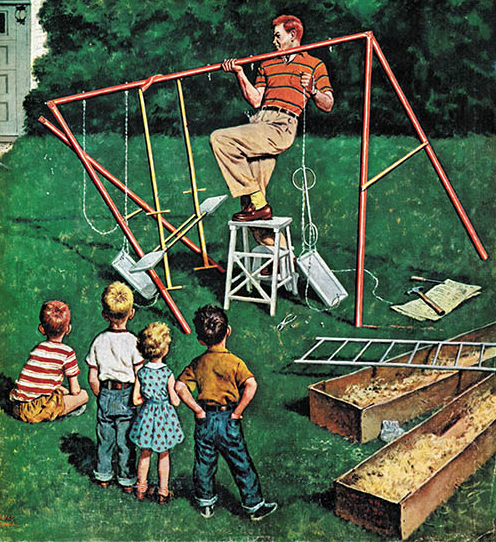 Ms. Sheffield needs to realize that feminism won't let up on marriage because it cannot.  To do so would betray the ideology that is the foundation of feminism, and more pragmatically it would force feminists, and women in general, to begin to talk to men, not at them.  They can't do that because they are afraid: afraid that they will be held accountable for their past misandry, afraid that they will have wasted the time and energy invested in that misandry, and (worst yet) they would have to admit that the enemy, Teh Patriarchy, for the last 40 years or so.
maybe wasn't quite so bad as they made it out to be

Feminism can't support marriage, because then it would have to face the inconvenient truths about human sexuality, marriage, divorce, hypergamy, and other gendered issues that keep us from being "equal".  Further, feminism can't support marriage for the rank-and-file working class single mom because to do so would, indeed, make the lives of those women better . . . and happy women make lousy feminists.  Irate, sleep-deprived single moms who can't get a date are great feminists.  Happy, fulfilled wives and mothers who can manage themselves in a real cishetero long term relationship are lousy feminists, even to other feminists.  When outrage and anger are the coin of the realm, actually expecting an ideology to encourage people to be happier by compromising their ideals is futile. 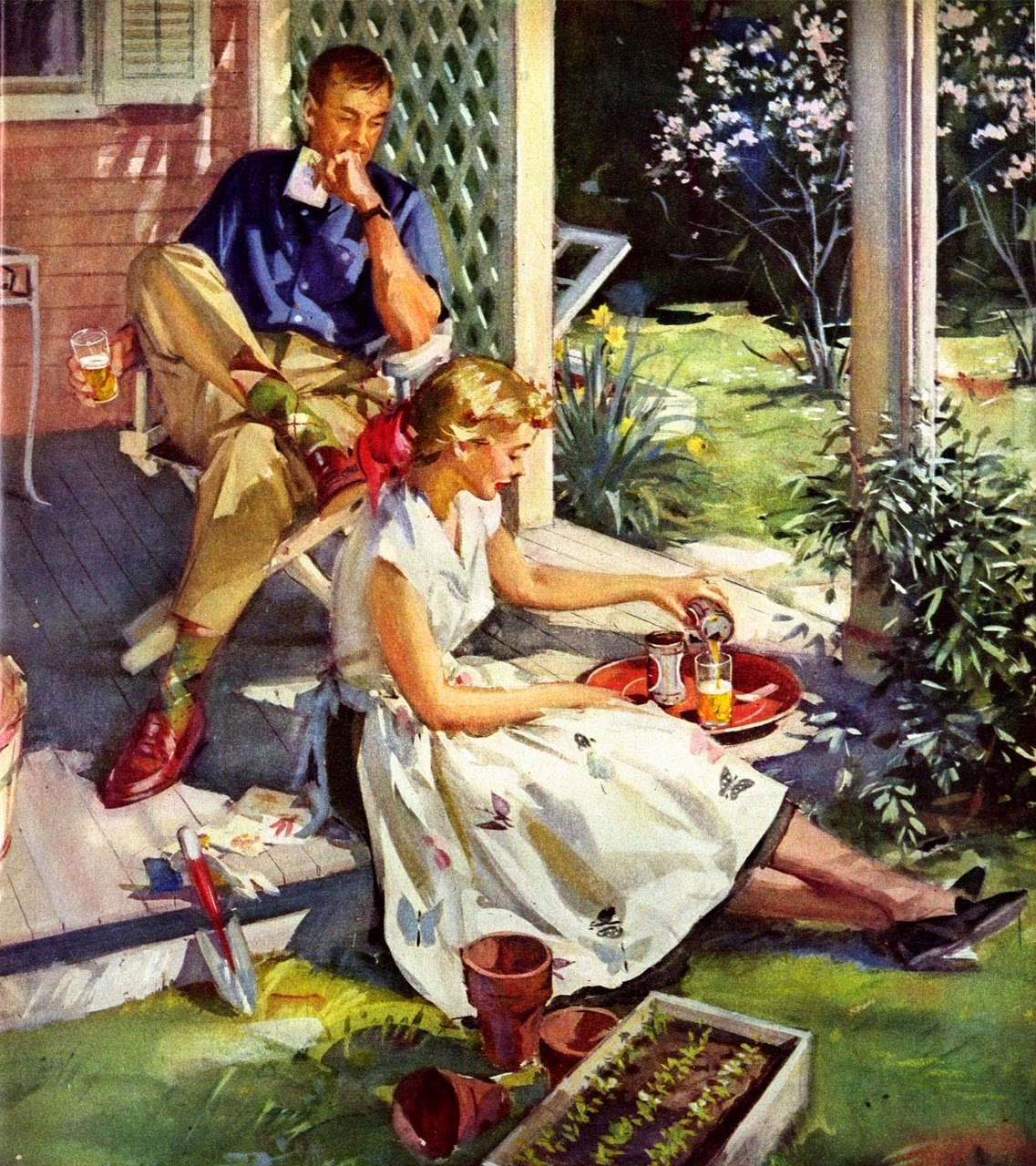 So good luck, Ms. Sheffield, but understand that convincing women that they need to marry after you have spent two generations telling them that they are better off without - and that they do not need - a man has poisoned the well irreparably.  As men we're not inclined to go into a relationship where we are not "needed".  Modern technology and economics has made it possible for us to live comfortably and inexpensively with all the wonders of the world a click away, nearly all the comforts of a traditional home without the intense time and money investment required to sustain that traditional home.

More importantly, it can all be done without a wife . . . and until women can overcome feminism's war on wives, husbands, and marriage in general, millions of men are and will be content to live their lives without marriage.  And if that somehow hurts single women and single moms, then that's a reflection on feminism, not on the men who refuse to go against their own best interests.
Previous Next