Why I Love Mrs. Ironwood 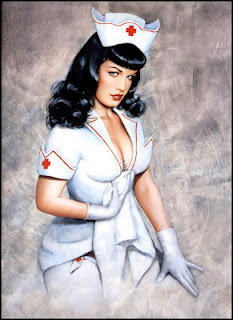 Mrs. Ironwood just returned from four days of being feted by the pharmaceutical industry, your Viagra dollars at work.  Four days of high-pressure conferences and exhausting, freewheeling discussions, high-powered business meetings and deep academic discussions about bioethics followed by night after night of receptions and cocktail parties.  She got back, exhausted and sleep-deprived, just yesterday.  At noon.  All she could think about was going to sleep.  She actually got a bit of a nap when my phone rings.  Papa Ironwood has been admitted to the hospital for some tests.  Nothing serious -- my dad is partially paralyzed, and they found a blockage in his leg, fairly routine surgery.  Since we have one of the most advanced medical facilities on the planet in our neighborhood (Middle-eastern potentates use it) I wasn't too concerned.  I let her sleep.

As if by magic, she sensed something was stirring in the Force.  She rose, and spent the next several hours on the phone speaking to doctors and reviewing his medical records.  She got up this morning and went to her own scheduled appointment and then headed right for Papa's room, where she's still working to ensure his proper care and treatment.

This isn't her father, mind you.  This is her Father-In-Law. 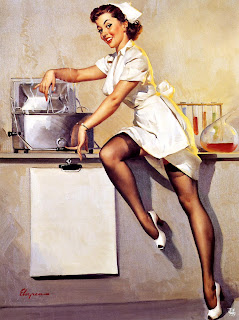 When you get married, it's a mistake to think you're marrying each other.  The fact is, you're marrying a family, and you don't get to control that family even a little bit.  Most people recoil from that idea, and spend the rest of their marriage trying to pry their mate from the clutches of their baggage-laden family in a misguided attempt to establish "independence".  Mrs. Ironwood and I embraced the idea.  When I married her, I got a new sister and mother in the deal, as well as some nieces, nephews, and assorted cousins.  When there's an issue in her side of the family, I don't hesitate to get involved.  Ditto for mine and her.  I could have fought with my mother-in-law constantly over the years, but that would have been unfair for everyone.  Mrs. I could have legitimately fought with certain elements (and they know who they are) of the Ironwood clan, but she didn't.  She accepted them as her family, good, bad, ugly and indifferent. Warts and all.

This is particularly poignant for me today, as it has just been announced across the Manosphere that a beloved commentor on HUS and other blogs, Thomas Munson, has passed away after a battle with cancer. Munson's wit and wisdom were legendary.  Susan at HUS is compiling a .pdf of his best quotes.  He was the Voice of Mature Authority for many of us, a surviving remnant of the Patriarchy fighting a guerilla war against the tides of feminism and Puerarchy.  We didn't always agree, but I always prized his wisdom.

The reason Munson's death makes me love Mrs. I even more is because Munson pointed out on a blog once (I think it was TPM) that a hot sexy babe is great for righteous sex . . . but she isn't likely to drive your ass to your oncology appointment four times a week.  Munson and his wife were prima facea evidence that men and women could work in an effective, fairly traditional partnership to the mutual benefit and enrichment of both parties, without anyone feeling oppressed or unequal or other bullshit like that.  He was a silverback Wolf Alpha who knew his place in the universe with the kind of utter certainty that breeds supreme confidence.  And his public duel with cancer was both inspiring and heartbreaking. 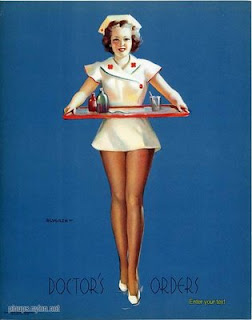 So if you're a single dude, and you meet a chick with big boobs who you just know will be the perfect mother of your children once she gives up her flirty ways and declares her undying devotion to you, consider asking her if she'd be up for carting your dad to the hospital, if she was to become your bride.  That might be the most instructive answer you get from her all evening.

Or if you're in a marriage that is in trouble, and you have doubts whether or not you can find happiness in this person's life and vice versa, consider how short your time here is, and how the very fact that you found each other at all is amazing in this world.  Think about driving her to the oncologist four times a week, every week, knowing that the inevitable conclusion to such a task is her death.  Unless things are really, really bad, that should offer you some useful perspective.

And if you're in a good, solid, dependable marriage . . . go hug your wife for no reason at all, and kiss her thoroughly and often.  It might not be glamorous or romantic or sophisticated, but if you actually have someone who will watch your back and devote her time to ensuring your comfort, health and safety, recognize what an utterly-lucky son-of-a-bitch you are. 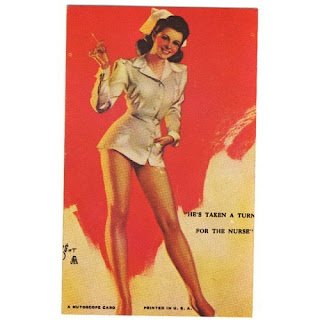 And tonight, raise a glass to Munson in appreciation of his masculine wisdom and wit.  May his ancestors receive him in honor.