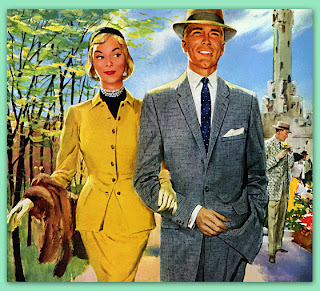 Most American men should not get married.

It’s just not in their best interest.  Most men who blindly enter into marriage are blinded by hormones, fear, and insecurity, with the light of reason a dim and distant flicker.  The threat of divorce and lost of custody through hypergamous divorce, the prospect of being locked into a sexless marriage with an increasingly bitter and unpleasant old woman where the sweet release of death is your only hope, or any whacky combination of sitcom plots disguised as life events can make a husband's life a living hell.  Despite the “married men live longer” meme, the facts on the ground are pretty apparent in a Red Pill sort of way: in our society marriage is not often in the best interests of the male in question.

Unfortunately, barring a Manosphere-sponsored Fully Informed Fiancee Act, most men are going to imagine that their special union is specialer than all of those nasty divorces he’s seen.  She’s different, he thinks.  She really loves me.  She’d never leave me.  She'd never betray me.  She'd never double her wedding-day weight.

And we all know how that tends to work. 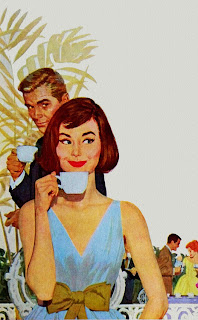 If you don’t want to be divorced, the only way to ensure that is to not get married.

The next best way is to find a truly worthwhile, worthy woman to share your life with, vett the hell out of her, and become as certain as you can that she is, indeed, who she says she is.  If you can find this rare and uncommon creature, and you can find common ground and mutual assurance about your long-term goals and short-term issues, and you're feeling lucky, then you might want to consider marriage.

And even then there are no guarantees.  Life is about risk.  And intelligent risk-taking is manly.

Still, there is a sizable minority of men out there who just prefer to be married – I’m one of them.  While I'm sure I'd do just fine living the life of a gentleman bachelor ("Gentleman of Leisure" is one of the three Dream Jobs I haven't managed yet . . . out of 6.  I ain't complainin'.) but the plain fact of the matter is that I prefer a house with a balance of masculine and feminine energies for the raising of kids, and marriage is the most expedient route to that, if you do it right.  Wanting to be married doesn’t make me a glutton for punishment . . . but that’s because I wasn’t an idiot about it.  Most dudes just are.

When it comes to proper Wife Selection, the first big issue is, of course, pre-screening.  That is, establishing your criteria for what you want in your wife.  For this I suggest compiling a list. 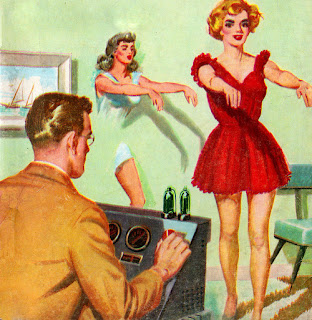 Hell, just buy a notebook.  You're going to need it.

Think of this as your "wife hunting manual", because it is going to serve as the command-and-control system, the scientific journal, the wish list and the notes section of your journey.  And at the very begining, you need to establish your List.

And at the very top of the list of dealbreakers should be Batshit Crazy.  It's one of the basic things you need to think about before you even consider cohabitation, let alone buying a ring.  Hell, if you smell it early enough, it's usually advisable to avoid Batshit Crazy altogether.  Like cocaine, it has a tendancy to be expensive, dramatic, and lead to long-term damage.

So with every potential Mrs. Right you meet, within the first moments of making the realization that yeah, you could tap that for the rest of your life, you need to ask yourself this very, very important question:

Is She Batshit Crazy? 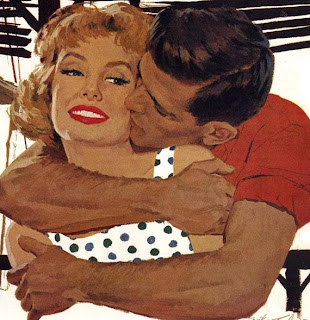 This sounds like a no-brainer, but clearly someone isn’t getting the memo.  According to some official-sounding agencies, almost 25% of women in the United States suffer from some form of mental illness, from the charmingly quaint to the homicidally severe.  Depression, eating disorders, PTSD, OCD, ADHD, Bipolar Disorder, and the ever-treacherous Borderline Personality Disorder (h/t Black Knight at Return of Kings) you name it, women seem to have (or at least are diagnosed with) more mental illnesses than men.

The problem is that typical young female behavior in this day and age can often disguise symptoms as cultural phenomenon.  Is your girlfriend struggling with a personality issue?  Or is she just a bitch?  Perhaps both?

Even considering marriage to a woman without a complete understanding of her mental health history, including any traumas and medications, is just stupid.  That's a fundamental element of basic Wife Selection.  So ask yourself the following follow-up questions, and record the answers: 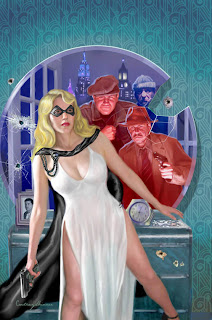 Ever been committed to a mental institution, voluntarily or involuntarily?
Ever been treated by a psychiatrist or clinical psychologist?
Ever had a regular course of mental therapy?
Taken the Briggs-Meyers test?  If so, what was her rating?
Taken an IQ test? (Stupidity isn't crazy, but it might as well be.)
Ever been prescribed medication for a mental health issue?
Ever been prescribed medication for Premenstrual Dysphoric Disorder? (PMS isn't crazy . . . wait . . .)
Ever been treated for PTSD?
Ever been raped, sexually assaulted, or suffered childhood abuse?
Ever witnessed a horrifically tragic event, such as a shooting or bombing?
Had a history of stalking, drugs, or alcohol abuse?
Been arrested?

I'm sure you can add your own, but that should get you started.  And don’t stop with just her personal history, either: is her mom (your potential mother-in-law) Batshit Crazy?  Her aunts?  Grandmother? Often a malady is hereditary, or only exposed slowly over time, or triggered by an event or experience.  Don't shy away from asking these questions because "they are too personal" - you are considering tying your fate and fortunes to this woman.  If she's gonna have your babies someday, this is some shit you need to know.

And if she's highly reluctant to discuss the issue . . . well, that's pretty telling.

So, do you automatically discard a girl just because she’s mentally ill?

Consider that until recently homosexuality was considered a mental illness – whatever your moral stand on homosexuality, it’s not a mental illness.  Psychiatry is an evolving science, and this year's-neurosis may be next years winning attitude.  Focus more on her actions and her behavior than her diagnosis, but a diagnosis might be an excellent place to start.

Then consider your own mental health.  While men are arguably slightly saner, statistically speaking, there are still plenty of us who should only be eating with plastic spoons.  And some of us . . .

Everyone has issues, and I'm not saying that you have to find someone with a completely clean mental bill-of-health . . . because (let's face it) if they were that sane, why the hell would they be dating you? The goal here is to balance your own pack of crazy with that of your wife.  If you had to rate your own neurosis on a 1-10 scale, then an excellent rule of thumb is that your potential wife's score should be within easy striking distance (no more than a point) from yours.  Ideally, just below (it's always nice to be the saner person of the couple), but if it's more than a point -- two, max, if she's hot and one of her neurosis is nymphomania -- then it's time to proceed with caution.

Note I said "proceed with caution", not "run screaming from the room".

A lot of your decision should depend on just what kind of crazy, too.  If it is going to conflict strongly with your own, then that's an issue.  If it's something genetic, then that's a consideration if you want kids.  If it's just quirky and quaint, then you can -- probably -- live with it.

But if you do hit more than two or three red flags in your initial investigations the it is quite likely that Mrs. Maybe is a no-go, and you should, indeed, back away slowly.  I'm sure she's a very nice girl, but if you do not establish and maintain your own high standards on something as objective as this, then you've already lost.  Wife Selection means wife selection . . . and that means passing up those who are for whatever reason unacceptable to your criteria. 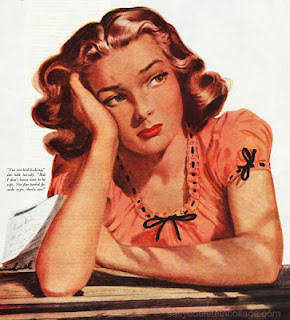 When you do decide that the woman you're vetting didn't make the cut, be very careful how you end things.  That's the sort of break-up that can actually trigger some extreme behavior in a mentally unstable person, and the next thing you know you come home from work to find your house broken into, your shirts shredded, and a good healthy dump in the middle of your dining room table.  It's been known to happen.

But don't let that stop you.  Messy break-ups are bad . . . they're even worse when there's a marriage involved.  Aborting a relationship in which too rich a vein of Batshit Crazy is apparent isn't a sign of you being a dickhead who can't commit, no matter what she says.

It's a sign that you are taking your matrimonial duties and your commitment seriously.

Good luck . . . and stay tuned for more on this important subject!