Andrew
November 7, 2012
The Rules Revisited
I want you to help me conduct an experiment.

For a couple of years now I've realized just how much I am attracted to the hairstyle that most women call "half-up, half-down" or more simply, "half-up." Whatever it is called, I love it when girls wear their hair the way the women in these pictures are wearing it. It is extremely sexy and elegant at the same time, and immediately draws me to a woman. It is almost uncanny how much it affects my judgement of a woman's appearance. I find myself checking out bigger girls who are wearing their hair that way, or losing interest in (previously) attractive women once they change from that hairstyle to another, or else staring at a picture of a normal girl, not understanding why I am attracted, only to eventually realize that her hair is half-up.

I've thought a lot about why I like it so much, but nothing makes sense. I've never dated a girl who wore it that way often, or even had a crush on one who did. My mom or sisters never really wore their hair like that, my babysitters didn't, my teachers didn't - no one did. The only semi-believable reason I can think of is that some of the female Disney characters (who for most men my age were the first icons of female beauty) wore their hair like that, and maybe left an impression on me; though I don't remember being particularly attracted to one more than any of the others. It isn't an overly popular hairstyle in the United States. In fact, it is practically never worn in comparison to, say, Turkey and Italy or Lebanon (and probably other Mediterranean countries), where it is extremely popular.*

In any case, this has puzzled me enough that I've started asking my male friends what they think about this hairstyle; and I've been surprised to hear how much they agree that it is really attractive. In other words, maybe it isn't just my personal taste. 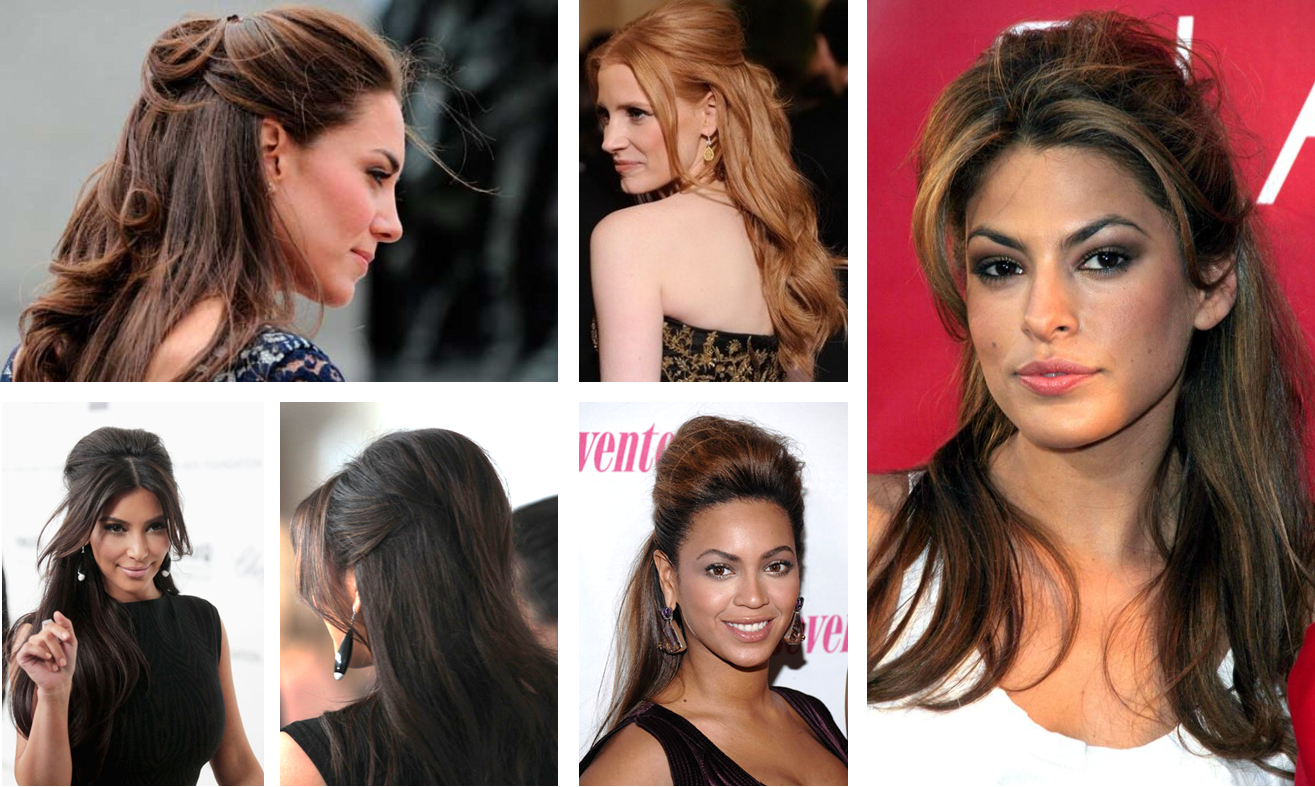 So here is what I would like you to do: the next time you go out, wear your hair in some variation of the "half-up" style depicted here, especially if it is not a style you usually wear. Go out like you normally would and pay attention to what happens. Then, in the comments of this post, report your findings. Let me know what comments you receive - positive or negative - and let me know if you had more or less (and better or worse) attention from men. You can also comment on the type of men if you notice a trend. Get your girlfriends to do the same on another night (so that you aren't all wearing the same hairstyle - awkward) and see how it works for them, or have them leave their own comments.

As motivation, here are some thoughts about how participating in this experiment could benefit you:
I'll look forward to seeing the results.

Related Posts:
1. The Importance of Hair
2. How to Improve Your Hair
3. Hair and Makeup Variety
Previous Next