Are Manicures Worth It?

Andrew
November 27, 2012
The Rules Revisited
Last year, two of my female cousins were in town, staying with me for a wedding we were all attending. When they arrived, they told me they had to find a place nearby to get manicures and pedicures. Since they'd only just arrived, but the salons would be closing soon, they invited me to come with them so we could catch up. "You can get your nails done with us" they suggested. 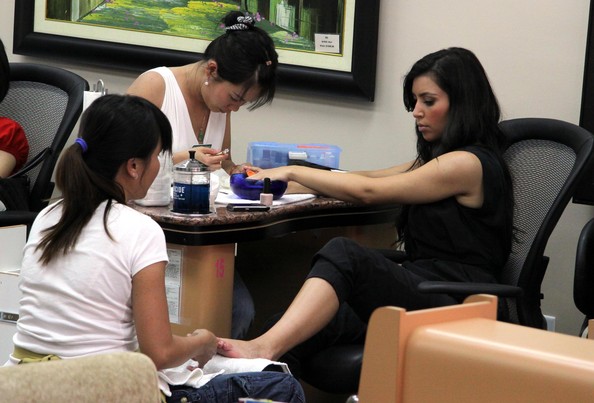 I'm mildly homophobic, so I balked a little; but I'd heard of straight guys getting them before, and I was also curious to see what these "manicure" things were all about. Eventually I decided that there had to be some boundaries, so I accepted their invitation but insisted on leaving my feet untouched - no pedicure, because that would be gay (ha!).

Now, I understand that some women get their nails painted with fairly ornate patterns at nail salons, others have fake nails applied very carefully, and I am sure there are some other practical reasons for a trip to the salon. And don't get me wrong - the hand massage was awesome and I got to catch up with my cousins while we were sitting there. But as I looked at my nails after the manicure was finished, I struggled to see any significant difference from how they would have looked if I'd spent ten minutes on them myself. And in that moment, I realized something: women do not go to nail salons to have their nails cleaned; you go to nail salons to be pampered. Lesson learned.

So are manicures worth it? Should you go to the salon before going out every weekend? Well, I can tell you with certainty that a manicure won't help you attract men any more than spending a few minutes clipping your nails an cuticles by yourself, and maybe painting your nails (which adds a nice effect when it is done tastefully, by the way). But if you think it is worth it to get your hands oiled and massaged, and to sit back and relax while small Vietnamese women attend to your every need, I say go for it. I get it. I'm not judging.