Andrew
December 28, 2012
The Rules Revisited
While none of the items on this list should be considered conclusive on their own, they all point in varying degrees towards "player" or "he doesn't like you enough," and should be recognized as red flags. Watch out for them.

You can be sure that he isn't interested enough, or that he is just trying to have sex with you, if three or more of the following are true:

1. He only invites you to go out with him to bars/clubs, or other places that involve drinking. If he liked you for more than sexual reasons, he would ask you to hang out with him in a normal environment that gives you an opportunity to get to know each other. 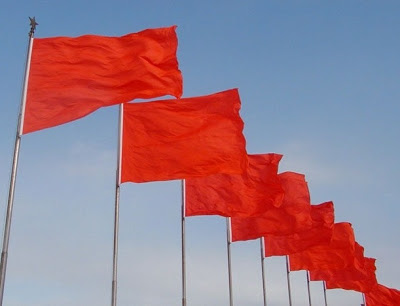 2. He contacts you sporadically, and often goes silent for days on end. If a guy is genuinely interested in you, he will crave interaction with you. As long as you are giving him positive feedback when he contacts you, he will maintain or even escalate the amount of contact. A few guys know a little about "game" so his sporadic texts could actually be a poor attempt at attracting you; but men that use "game" tactics heavily are probably just trying to bang you anyway - so your conclusion will be the same regardless.

3. He is overly protective of his cell phone. For example, if you are looking at a photo, he will get up to stand over your shoulder to make sure you aren't looking through his photo gallery; or he will never let you hold his phone. Unless he has something to hide, there should be nothing wrong whatsoever with you looking through his photos or even his texts. Although you should never look through his phone when he isn't around, it wouldn't be a bad idea to see how he reacts if you try this in his presence (assuming you have reason to be suspicious).

4. He only contacts you by text or online chat. These forms of communication are low-investment because they don't require his devoted attention, leaving him free to do other things - including communicating with other girls. If you have what seem to be deep conversations but they only occur (for example) when he is chatting with you online while he is at the office, you should start to ask yourself questions and keep an eye open for other items on this list.

7. He has never seemed nervous or uncertain around you, even at the beginning when he first approached you. Men who are really interested in a woman for more than her body will be careful about what they say and do around her. They might not be visibly nervous, but neither will they be ostentatious nor cocky.

8. He makes open-ended and non-committal plans with you, like "Let's hang out soon." or "We should get together sometime." Men who want to spend time with you will either have something in mind, or come up with a plan, even if it sucks: "Let's go see the new Disney movie - are you free Thursday night?"

9. He avoids going out to bars and clubs with you because he wants to hit on other girls. Excuses about "guys' night out" or "bro's before ho's" are likely just that - excuses.

10. He goes out to bars and clubs a lot. This is almost self-explanatory. Alcohol is the greatest facilitator of easy sex, and bars and nightclubs - although good places to meet men if you use them correctly - are also the only venues other than brothels that facilitate casual sex.

11. He won't spend his Friday or Saturday nights with you. I can't count the number of times I've avoided dates on weekend nights. Men do this because they want to go out to meet new girls, and Friday and Saturday nights are prime time. For a player, the prospect of something better always looms on the horizon. He is sexually ambitious.

12. He never goes out of his way to hang out with you. For example, he wants to hang out until he finds out that you live far away and then he loses interest or asks you to come to him. Or maybe he wants to watch a routine sports game on the only night you have free, so you have to push the date a week. If (what should be) minor impediments stop him from seeing you, you should be concerned.

13. He tells you that he isn't looking for a relationship. Believe him. It amazes me how many of the women who write to me for advice ignore such a blatant comment.

14. He makes plans with you at the last minute. He does this because he is keeping his options open, waiting for something better or more fun with a hotter girl. Maybe he texts you at 7 pm on Friday "Hey what are you up to tonight?" While rules about making him set up a date three days in advanced are quickly growing antiquated as the pace of life increases, the principle that he should like you enough to plan ahead still holds.

15. He doesn't explain any of the above. It is reasonable to think that some of the things above could happen occasionally for reasons other than his attempts to get other women, or his lack of interest in you. But if this is the case, he will make an effort to explain his behavior in order to maintain his reputation in your eyes.


Related Posts
1. The More Confident He Is, The Less He Likes You
2. Men That Like You Will Explain Themselves
3. How to Deal with Men Who Have Bad "Game"
Previous Next