Men Care About How You Talk

Andrew
November 21, 2012
The Rules Revisited
Consider two ways that a girl can (and American girls often do) speak the same message:

[In a whiney, high-pitched voice] "Do you even KNOW how difficult it is being a girl in a bar? last night I WANTed to just, like, hang out, but then this suuuper weird guy, like, comes up to me or whatever, and just STANDS there and is all awkward, like, as if he was going to start a conversation or whatever, but like, then - I don't know - he just... looked at me... it was just, I don't know, weird. So then he just goes 'can I buy you a drink?' and I didn't know what to say because I felt bad, but then Jenna just steps in all of a sudden and goes like, 'what do you want? do you wanna to talk to her? why don't you just TALK to her? because buying her a drink is just like buying a conversation from her anyway.' I mean, like, the whole thing was sooooo. embarrassing. I should have just, like, never even gone out."

[In a normal female voice] "It's awkward sometimes being a girl in a bar. Last night I didn't particularly want to meet any guys, but I went out with some girlfriends anyway. One guy - who was more than a little strange - approached me, hesitated awkwardly for a few long seconds, then nervously asked if he could buy me a drink. I froze up because I didn't want to hurt his feelings by refusing. But then Jenna stepped in and rudely demanded to know what he really wanted from me. She even asked him why he didn't just start a conversation with me, rather than trying to 'buy' the opportunity with a drink. The whole situation was embarrassing; I wish I'd stayed home." 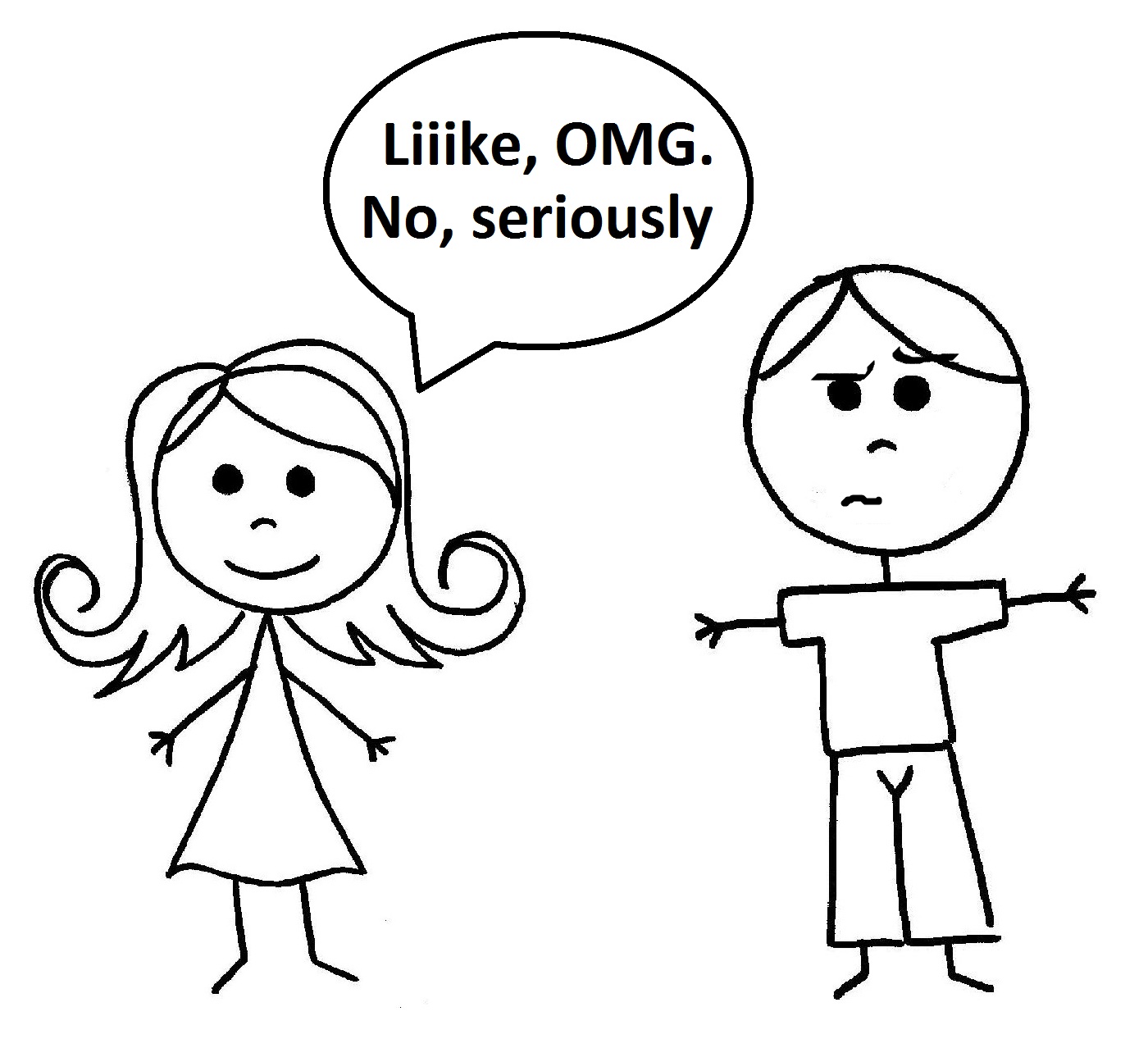 I am sure you don't need me to tell you which of the two is more attractive to men. But here is the interesting thing: I know plenty of genuinely smart women who talk like the first example. It isn't always so bad, but often it is. Rather than using their abilities to do otherwise, they subconsciously attempt to mimic stupid women. They do this because stupid women are usually also beautiful and popular. In other words, they emulate them out of insecurity and a desire to be more beautiful or popular. Smart, confident women - even if they aren't beautiful - do not talk like the first example.

Smart girls that do talk like idiots are right in one sense: men are attracted to the women who talk that way. But what they don't realize is that men like these women because they are beautiful - that is, in spite of their apparent lack of intelligence, not because of it.

You've seen the same phenomenon in men. Think about how many guys you know that are smart, but still talk like jocks or meat-heads (whose speech habits actually do represent their lack of intelligence) to some degree, in order to feign masculinity, "coolness" and confidence:

[In an exaggeratedly deep, "macho" voice] "Dude, so, after we hit the beach, do you wanna maybe... I don't know, hit up downtown tonight? I mean, but first we should grab something to eat or somethin' 'cause I'm gonna be starving. Gotta make sure we eat before we party, you know? Otherwise tomorrow morning will be suuuper painful man."

[In a normal male voice] "Hey, what do you think about going out downtown tonight after we get back from the beach? We should stop to eat first though; we don't want to drink on an empty stomach - that's like begging for a hangover."

Think about how much less attractive the first example of male speech is compared to the second. That is how ugly you sound to men when you talk like the first female example. I have met or seen a few gorgeous women that I was uncontrollably attracted to until they opened their mouths, and I've experienced the same loss of attraction in lesser degrees countless other times.

So stop and think for a moment about your speech habits:


If you do any of these, stop. You are crushing your ability to attract a man on a personal level. Even if men don't need you to have a PhD, we are attracted to women who can think; and if this isn't evident in your speech, we will assume that you cannot.
Previous Next