Andrew
December 23, 2012
The Rules Revisited
In the spirit of the post I made recently about considering where you live and work, those of you who live in New York City will be interested to read this post on NYCEDC:

It looks in more detail at the sex ratio in New York City, and attempts to debunk the "myth" that there are so many more women than men living there. A cursory look at the numbers across most of Manhattan, however, combined with the realization that leaving Manhattan isn't very common for those who live there, seems to actually support the stereotype. In any case, have a look: 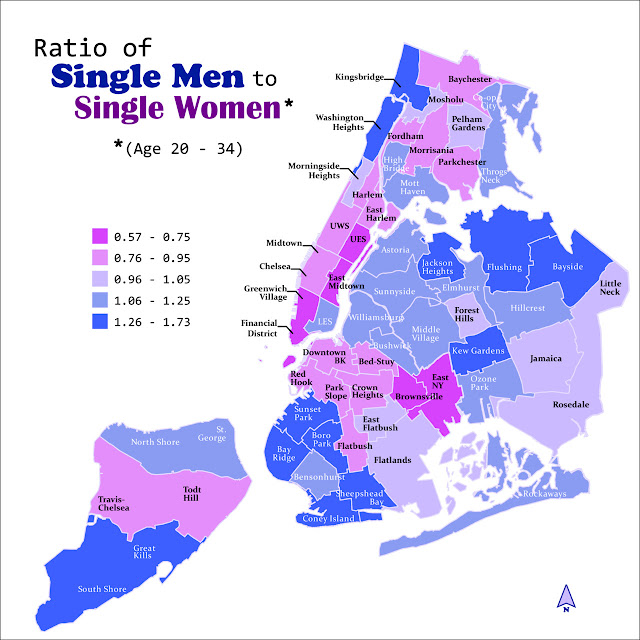 If I were a single girl living in Manhattan, I would do everything I could to aggressively suppress my Sex-and-The-City-induced romantic notions of "city life" and get the hell out of there.
Previous Next