But I digress. Besides giving me an opportunity to share what is now my favorite expression of all time, the point of this post was to attempt to explain why hoop earrings make a girl look good. Though first I should elaborate slightly: it isn't only hoop earrings that make a girl look good. Hoops will almost always improve a look because they are almost always large. Size is the essential element. Obviously the earrings have to match the rest of the girl's look: her face shape, the length of her neck etc.; but all else being equal, it's a case of the bigger the better. The effect is extremely subtle due to the proliferation of earrings, and especially because women (collectively) wear such a variety of sizes. Men will not know why they are an extra 5 to 10 % attracted to you when you are wearing them, but our ignorance only makes the effect all the more powerful.

(An aside: I have never seen a woman wearing large earrings and found it unattractive, or thought she would look better without them. But on numerous occasions I have seen a girl wear them for the first time, and I found her noticeably more attractive. This does not mean there is no limit to who can benefit from them; but be liberal in deciding whether or not you can pull it off.)

Although it is ostensibly the reason for this post, why large earrings make a woman so much more attractive is still a bit of a mystery to me - and the world at large, apparently, as I've recently learned from asking many woman about their choice of earrings, and trying all kinds of different internet searches for an explanation.

I even did an experiment of my own in an effort to rid the world of such a confounding problem. I searched the internet for pictures of women with large earrings, and removed the earrings using a photo editor. Then I compared the two pictures side-by-side to see if I could determine what it was exactly about large earrings that improved a woman's look. Here are a few examples: 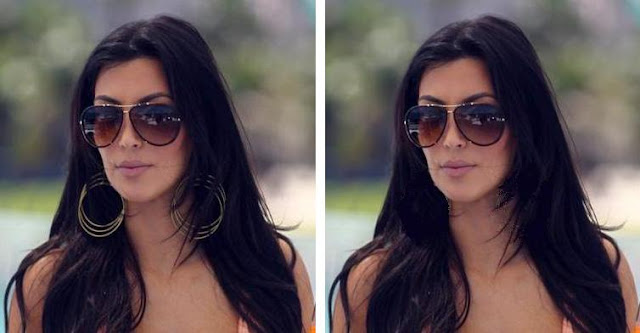 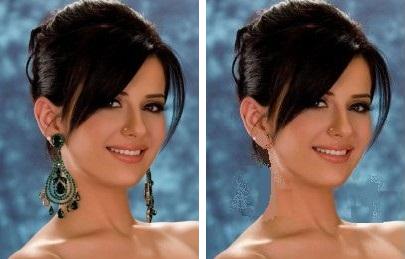 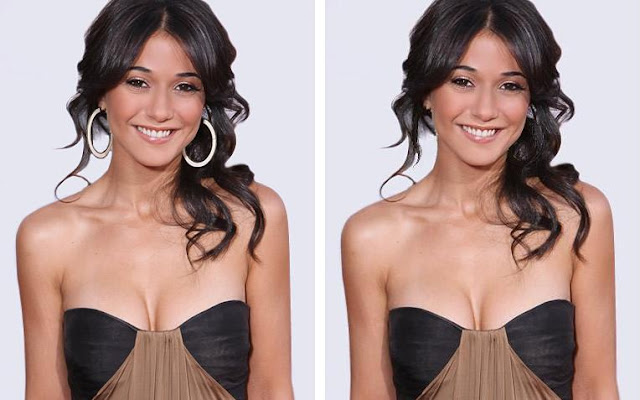 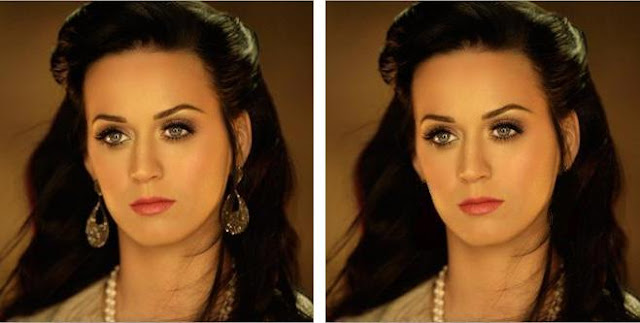 There is no question that all of these girls look better on the left than they do on the right, but why is still not obvious to me. Here are the explanations I have considered:
After looking back and forth between the photos, it was clear to me that the earrings do draw the viewer's eyes downward. This would suggest number two; however, I did a quick check by cutting the pictures off below the chin (i.e. removing the neck and collarbones) and seeing whether the earrings still made the girls look more attractive. They did. So although one and two might still be partially truthful, they are definitely not the only or the most important factors. Number three seems the most plausible based on my observations of the pictures, but I don't understand why the face needs or even benefits from this supposed "balance." And if a girl has pretty eyes (as Katy Perry does), wouldn't "balancing them out" make her less attractive?