The Importance of Heels

Andrew
October 11, 2011
The Rules Revisited
Heels are the single most powerful item in a woman's wardrobe for improving her attractiveness to men. I routinely recognize this when I go to nightclubs, where almost all of the girls are wearing them. I also notice it at work, where some of the women occasionally wear them, and I find myself suddenly taking a second look (normally I wouldn't look once, as they have about 20 years on me and need to work out). While having a general knowledge of clothing fit and color (for example) matters more, it is not a single item than can be put on or removed with the same simplicity of heels. Heels require no instructions. Most women understand the effectiveness of heels to a degree, but too few realize why and how well they work, and therefore have trouble using them to their full potential. 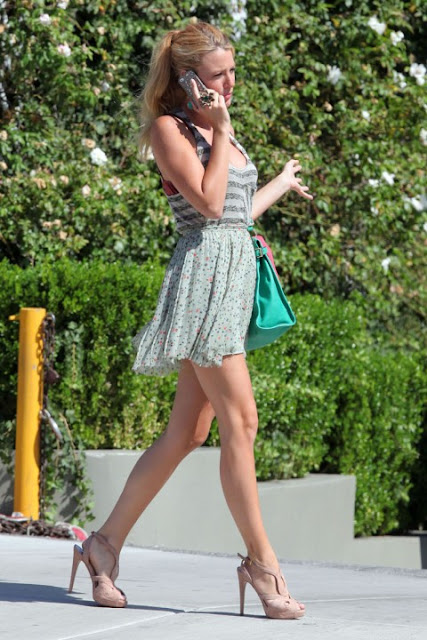 When a woman wears heels, it points her toes down in a more graceful manner, makes her butt stick out, and pushes out her chest. Most importantly, it arches her back, which emphasizes her feminine curves, and is an unequivocal sign of intense sexual pleasure. Look through the ads in magazines like Cosmopolitan or Maxim if you are skeptical. In many of them (and all of them intending to display sexuality), the women are posed in such a way that they resemble at least one of the postures I've described. All of these are strongly attractive to a man, but they are also very subtle, which makes them all the more effective. Most men have no idea why a women looks better to them in heels; they just feel it in their gut. Ask them. You'll probably get a shrug and something like "because they make you taller?"

For the taller women out there, yes, you are at a slight disadvantage. Despite how much heels improve your posture, I recommend you not wear them very often if they make you more than one inch taller than most of the men you want to attract. Find your other strengths and do what you can to highlight them (for example, height probably means you have long legs, so work them out a lot and make sure you are showing them off).

For all of the other women out there, and especially those of you who are short or the perfect female height, wear them frequently, and be liberal about deciding when they are appropriate. Just like a man that comes dressed well to a casual event, a woman stands out when she wears heels at a dive bar or in the grocery store.
Previous Next