Andrew
August 18, 2015
The Rules Revisited
Every once in a while I get e-mails from girls who have clearly resigned themselves to a life of lovelessness because they think they are ugly. This post is for them.

I used to feel sorry for ugly girls. When you're a young guy who still feels completely in awe of beautiful women, it's easy to fall into thinking that the girls who don’t have a visual effect on you are incapable of enjoying the dating world. Female good looks were overwhelming to me at the time, so the girls without them mustn't have been able to get guys – or so my 22-year-old logic went, anyway.

This reasoning sustained some damage when I finally went out with some hot girls. Doing so made me realize that what my mom had been telling me for years was actually true: a girl's looks aren't everything. But this actually wasn't what put an end to my pity. That didn’t happen until I realized that, when you frame the situation correctly, there actually isn’t anyone to pity. Let me explain...

This state of affairs isn’t a coincidence. It exists because, throughout human history, the men who happened to be attracted to signs of health, youth, and fertility were more likely to fuck healthy, young, and fertile women, and they were therefore more likely to pass on their fertility-attracted genetics to future generations. The dudes who happened to be attracted to some other set of traits in females ended up having sex with less-fertile women, and their genetics were never passed on – or at least, they were passed on less and less until they died out completely. Likewise, the infertile women (in other words, the unattractive women) – or the women attracted to impotent men – also failed to reproduce, and their genes were similarly drained from the gene pool.

Most of you have probably heard all of this before. What is interesting here isn’t so much the evolutionary narrative, it’s the corresponding implication: because the weakest and least-attractive genes died out long ago, and the strongest, healthiest, most attractive ones have persisted, the human race is getting perpetually more attractive.

Of course, you don't need the spiel on natural selection to realize this; just look at what we used to look like:


Yes, that’s right, I am comparing you to cave women. But it is a legitimate comparison because it makes an important point: if you exist on the earth today, it is only because men, collectively, throughout human history, wanted to fuck you. The ones who didn’t died off millions of years ago, along with all of the “ugly” genes in both sexes. Everyone left is sexy.

It’s like the whole human race has been using Tinder for millions of years, and now we’re living in a world populated only by our matches. Except it’s even better because our matches didn’t just swipe us right because they were bored on the way to work; they actually voted for us by banging our ancestors – there’s no ambiguity about what they wanted. And sure, maybe you like some of your matches more than the others, and maybe some of your matches like others more than you; but there is no getting around the fact that your sexual attractiveness (or potential for it) was a prerequisite for your existence in the gene pool. 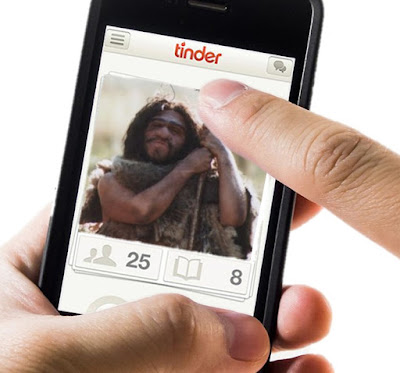 Neither am I saying that every woman has an inherent capability to lock down a top-shelf dude. There are a lot of things other than looks that matter in dating and relationships, and there is a lot more to life than getting sexual attention from men. But what I am saying is that every woman who thinks she’s “just ugly” or somehow “unfuckable” is flat-out wrong. You are on this earth today because you have the ability to give men a boner. End of story.

This is a pretty important point – important enough that I made it in one of my earliest posts a few years ago. I drew the conclusion then that no girl needs to be below a 5 on the 10-point scale. And I stand by that. To borrow from what I said there:

...the time and effort you put into your appearance will produce results. Do not worry if your gut tells you otherwise; your gut is informed by beauty pageants and "100 Hottest Women" lists, and a thousand other influences that both reinforce and reflect the notion that beauty is a matter of winning the genetic gene pool - i.e. a matter of 'haves' vs. 'have-nots.' This notion is bullshit...no girl needs to be less than a five on the ten scale...If you present yourself well and get in great shape, you will be above average. And for those of you that are naturally about average, the sky's your limit.

I realize this message probably doesn’t apply to most of my readers. If you are reading websites like this, you haven’t given up hope. You know or at least suspect that there are things you can do to improve the quality and quantity of attention you get from men. So this message isn’t necessarily for you. But you probably know other girls who have given up. Maybe you have a friend who thinks she’s inherently unattractive or that she’s destined to be single her whole life because men don't want to fuck her.

The next time that conversation comes up with her (or even if it doesn’t), remind her of what I've said here. Remind her that hope should never be lost. Better yet, remind her that hope should never be necessary. You don't need hope when you're a winner in the genetic Olympics; you just need motivation. And a damn good way for her to get motivated is to recognize the truth: that with a little effort, being sexually attractive is well within her reach.


Related Posts
1. Feminine Beauty Is Highly Controllable
2. You Can Control How Attractive You Are
3. Should You Focus on Your Looks or Personality More?
Previous Next