What Men Think About Your Pubic Hair

Andrew
December 11, 2012
The Rules Revisited
For whatever reason, the topic of female pubic hair is one that men discuss frequently. This probably has something to do with the fact that trends in pubic hair have been changing in the last few decades, and is most likely fueled further by the male obsession with vagina and sex in general. Whatever the case, I have had the "do you like it when girls have pubic hair" conversation dozens of times with dozens of different guys. The consensus is always the same:


Unfortunately I haven't found any reliable studies that attempt to quantify these percentages, but even without them there is an obvious takeaway: if you aren't at least trimming, you are turning him off. Men think about your pubic hair the way you think about male facial hair: most women have a preference one way or the other, but very few are offended by a man's beard if it is trimmed and neat. 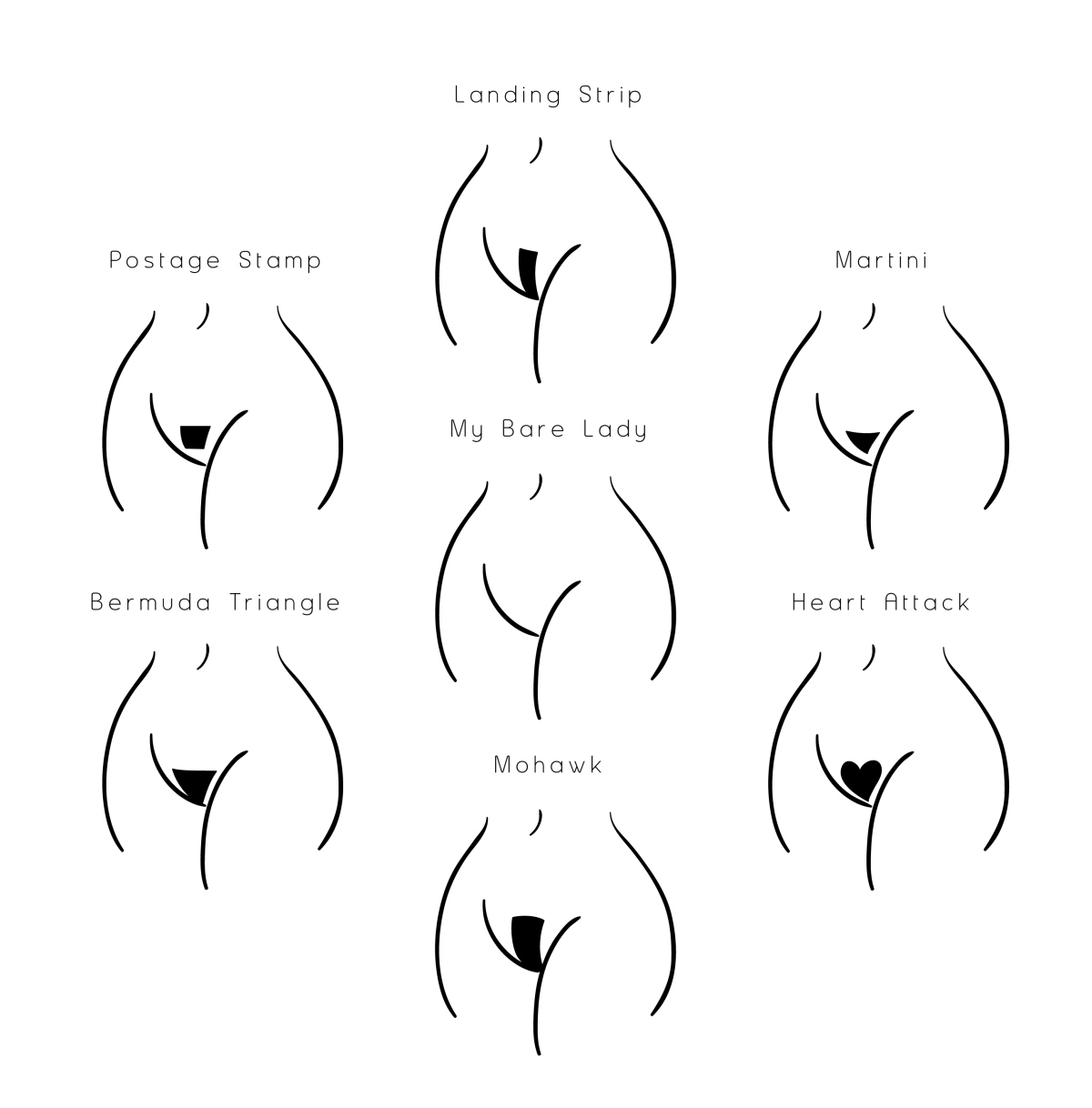 The men who like no hair usually argue that it is smoother, cleaner, softer, etc.

The men who like a "Landing Strip" or any of the styles illustrated on the right (other than "My Bare Lady") usually argue that "a woman with nothing down there looks like a little girl. It makes me feel creepy."

I have never actually met anyone who likes pubic hair completely grown out, but I assume this is the case because I've seen links online to pornography with hairy women, and the laws of supply and demand suggest someone is watching it. I'm going to step out on a limb and call it a fetish more than a preference.

Every man I've talked to has also agreed that a woman should remove as much hair as possible below the top of her vagina, since no guy likes flossing his teeth while going down on a girl. I imagine shaving that area is a difficult thing to do without drawing blood, but most women I've encountered seem to manage.

Stubble is a big turn-off, and it is worse when there is razor burn or ingrown hairs. Waxing is a good way to avoid this. It hurts, but you know what they say: "no pain, no gain." Pop some ibuprofen before you go for your appointment.

Laser hair removal in your genital area costs a few thousand dollars, and takes 6 - 8 short sessions to complete. I used to date a girl that had it done and the results were awesome. If you don't have a strong preference yourself, I suggest waiting until you are married and getting your husband's opinion before you go one way or the other.

It is worth mentioning that there is some debate about whether pubic hair prevents or causes the spread of some STDs.
Previous Next