What Men Think of You Without Makeup

Andrew
April 1, 2013
The Rules Revisited
There is no question that you look better with your hair and makeup done than you do without it. If your boyfriend tells you that you are hotter without it, because he prefers when you "look more natural," he is either lying or you aren't doing your makeup correctly. Makeup is designed to make you look better; saying that it doesn't is like saying that a fresh coat of paint on a house doesn't make the house look better: it is only true when someone screws up the paint job by using the wrong colors or applying the right ones incorrectly.

In any case, although cosmetics give you an undeniable advantage when it comes to controlling your appearance, they come with the burden of deciding when and where their use is appropriate. The following points explain what men think about seeing you done up or in your natural state, so that you can better choose between the two when that decision proves difficult. 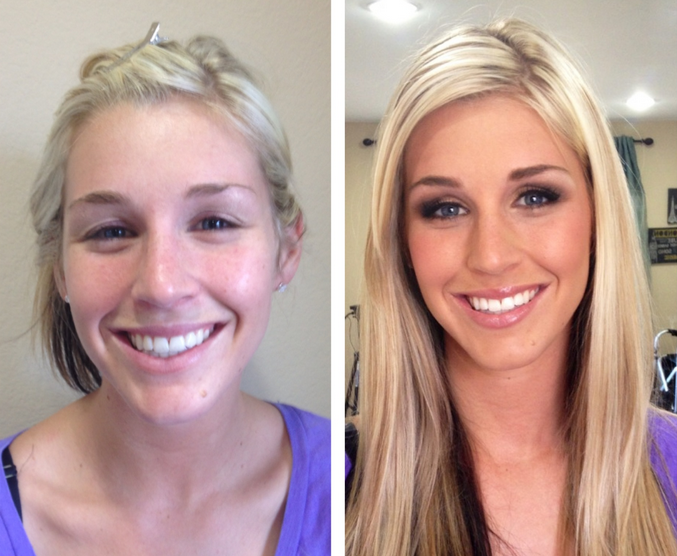 1. He cares about first impressions. We all do. They matter. Initial experiences leave an impression on the mind much deeper than most of those that follow; this is simply the way the human brain works. So make sure you are looking great the first few times you meet him; he will remember it. (Note that I did not say that you should be looking "your best" the first few times you meet him. This is because it is always good to keep a little something in reserve. If your "great" isn't good enough for him, your "best" probably won't be either. And even if it were, you would have to be completely focused on your appearance in order to barely keep him interested, making your life a living hell.)

2. He is going to see you without makeup eventually, so don't make inordinate attempts to avoid being seen bare-faced after the first few dates. By inordinate I mean things like canceling a date because you won't have time to do your hair perfectly, or completely avoiding a hike with him because full makeup and hair would be inappropriate. I don't mean spending an hour getting ready for a date. Spending time to make yourself look your best is normal, not inordinate; so err on the side of doing this more frequently rather than less. Just beware that there is an upper limit to the benefit of added effort, since he will see you without makeup eventually.

3. He doesn't stop wanting to see you done up. There is a misconception among some women that as a relationship develops, a man becomes either (a) less turned on by seeing you done up, or (b) more turned on by seeing you in your natural state. Neither of these are true. In fact, if anything, the opposite is true in both instances, since, as a man grows accustomed to your look, his sex drive starts nagging at him, inclining him to desire other women (though in a good relationship, this is counteracted by emotional investment, time investment, love, etc.) In any case, he certainly doesn't stop wanting to see you look your best, or grow less disappointed when you reduce the effort you put into your appearance. There is no point at which you can "relax" without implications while you are both sexually active with each other. If this seems unfair, remember the analogy between confidence and beauty: you taking a break from being beautiful for him is like him taking a break from being strong and confident for you. While you could probably sympathize with your man's desire to relax in this regard, and might even be OK with him showing his weaknesses to you from time to time (see #7 below), you'd prefer to always have him being his strongest, and you wouldn't be any less turned off by his weakness just because time had elapsed in the relationship. 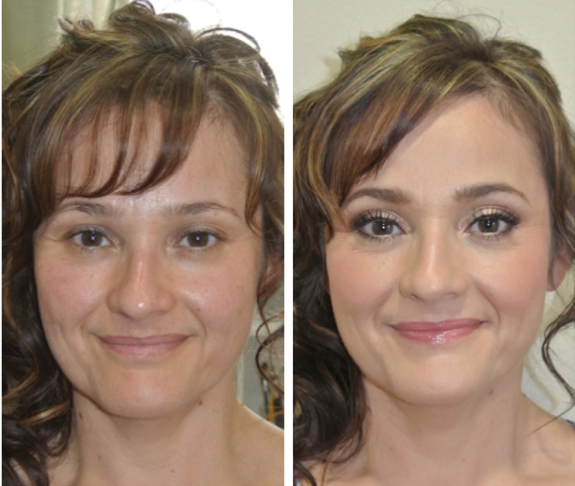 4. He hates a women whose life is dictated by her appearance. The negative effect of being unwilling to do activities that would require you to not wear makeup (camping, surfing, etc.) by far outweighs the advantage you gain by always being seen at your best - especially considering points #2 and #8.

5. He loves a woman who is confident in her own skin. Confidence is a character trait that both sexes find incredibly attractive in the other (even if women value it more than men) because confidence is rooted in a healthy self-perception and acknowledgement of one's own self-worth - which all diligent and contentious people have. The attractiveness of your confidence is much more important than whatever advantage you sacrifice by occasionally being seen without makeup.

6. He loves you looking your best during sex. Remember that men are primarily stimulated visually. While there is a certain attraction to being naked with a woman who bares her whole self to you, most of the time a man wants to be sleeping with the hottest woman he can. Again, remember the analogy between confidence and beauty, and consider how you'd feel if your normally confident man man turned into a weak pushover in the sack. I am not saying that you should never have sex without your hair and makeup done. There are some instances in which getting done up just for sex isn't appropriate, and he'd certainly rather have sex with the "au natural" you than not have sex at all. But when you have the option to get done up, and you find yourself tempted to think "oh, he doesn't really care" or "we love each other so much it doesn't matter," remember this point. 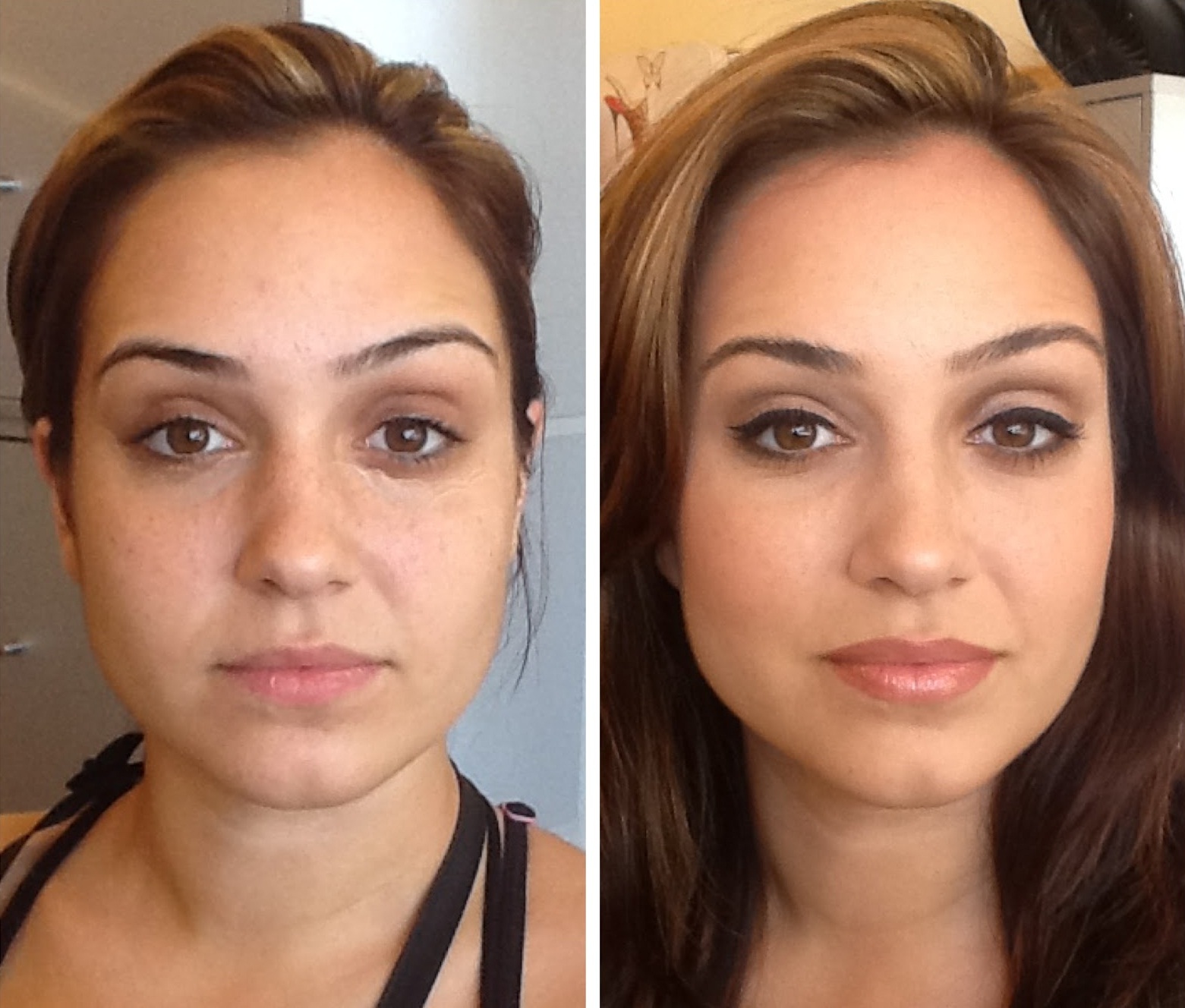 7. There is something intimate about seeing a girl without makeup. When I've seen my ex-girlfriends without their hair and makeup done, I've had two thoughts: (a) she is less attractive, but (b) it is nice that I get to see this side of her. It is an expression of intimacy - and her confidence - that she can be herself in my presence, and this is worth something. Don't use this as an excuse to ignore point #3, but allow it to help you if you struggle with point #5.

8. He isn't expecting you to be as hot without it as you are with it. Men understand that you aren't going to be as beautiful without your makeup on and hair done. This is expected, and it is factored in to their evaluation of your attractiveness. Yes, there are some women who get more benefit from makeup than others, and it is possible for a man to be surprised by how much less attractive a girl looks without it. You can avoid falling into this category by understanding your complexion and wearing makeup that is compatible with your natural look; but regardless, know that men definitely hold you to lower standards when you aren't made up.

A final point is worth noting: a genuinely feminine woman loves looking her best. She takes great pleasure in adorning herself and amplifying her internal beauty via her external beauty. You don't need to be a supermodel to enjoy this; you simply need to know that you are looking your current best. The more you allow yourself to enjoy looking beautiful, the less you will resent the "need" to do so, and the more comfortable you will feel when you don't.

Related Posts
1. The Importance of Hair
2. How to Look Good During Sex
3. Hair and Makeup Variety
4. A Tool for Learning Makeup
Previous Next